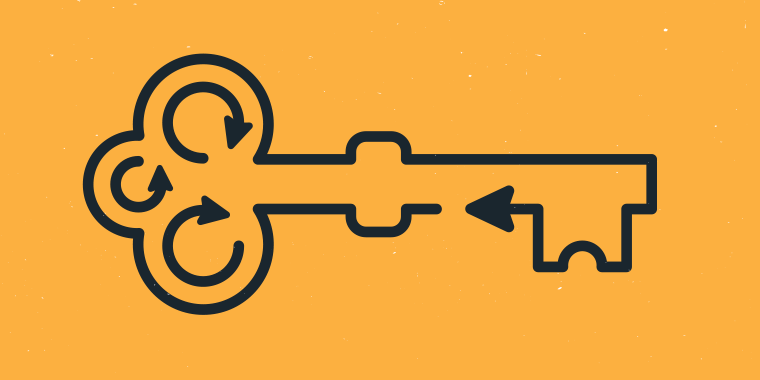 A lot of e-learning developers think of motion paths as a way to move objects across the screen, from one location to another. And while that’s certainly important, the motion paths feature in Storyline 2 is also a great way to introduce interactivity to your project. This interactivity is possible because of the triggers associated with motion paths. Let’s dive in and see how.

The Basics of Motion Paths in Storyline 2

When you add a motion path in Storyline 2, a “move” trigger is automatically created and is set to occur when the slide timeline starts. You can see this trigger in the image below.

The hidden engine for motion paths isn’t the move action itself, but rather the Events that can trigger the action. As you can see in the following image, there are a lot of ways to trigger the motion path animations: 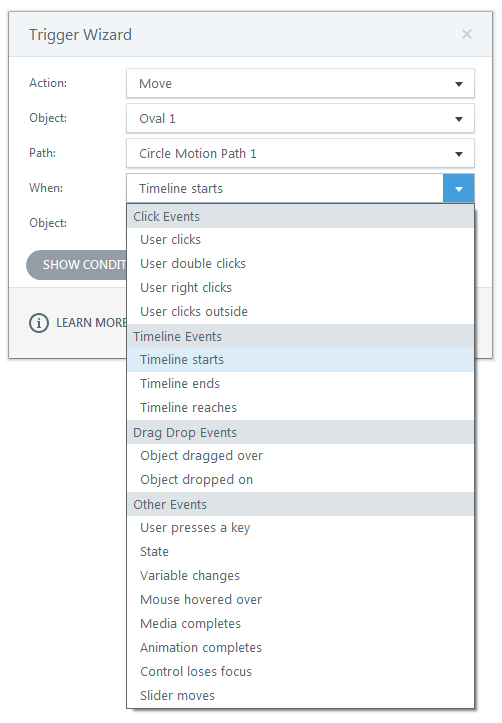 For example, you can trigger a motion path animation by clicking on an object, or when a variable changes or a piece of media completes, or when the timeline reaches a certain point, or … you get the picture. There are lots of options for triggering motion paths, which also bring interactivity to your project.

Let’s work through a scenario. Say you want to create a lesson on physics illustrating the relationship between the distance a cannonball travels and the angle of the cannon. Just attach various motion paths to the same cannonball and then link each path trigger to different buttons the learner can press. Boom! That’s interaction.

How about a visual demonstration of allergens in the air? In this example, you can move a slider to increase and decrease the number of objects floating about the screen. 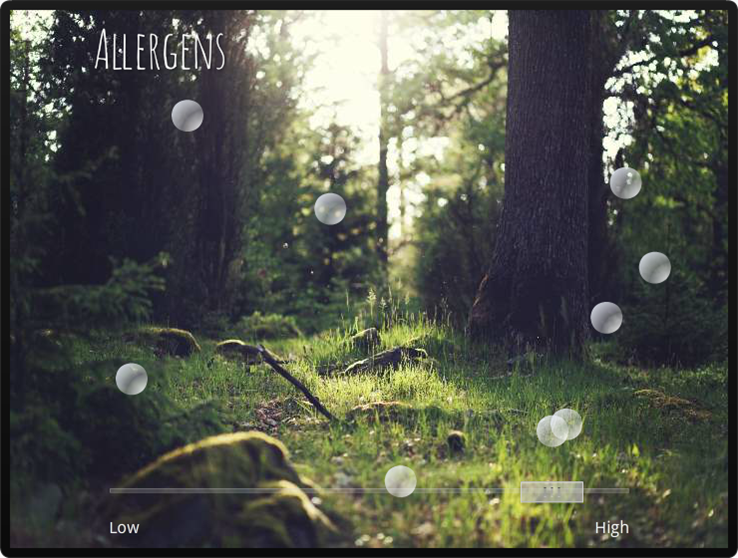 This is a great way to let learners interact with the content. Not only does it leverage motion paths and layers, but it also takes advantage of the “when animation completes” event. If you’d like to see how I created it, watch the following video:

And this is just the start! There’s plenty more about motion paths to explore in Storyline 2, so if you haven’t downloaded the trial yet, click here to get started now. Happy discovering!

Move Objects Any Way with Motion Paths in Storyline 2

You think you've been clever enough to work it all out and then someone tells you about looping motion paths! Thanks Mike, I enjoy your 'quirky' presentation style!

Thank you! Saw a brief description at the presentation at DevLearn 2014. This was very helpful, not to mention entertaining!

Thanks Kristine! And do let us know if you have any questions!

This was a great intro to using the new slider feature and motion paths! Thanks so much!

How do you pause a Motion Path at the loading of a slide, and then trigger its motion when a user correctly answers a question? I have been playing with this and trying to use a Variable that makes the object move if the variable changes. I also have set the timeline to pause the timeline which stops the animation on the motion path, but I cannot get it to move once the Correct button has been pressed.

Hi Darren, If you're using a standard question type (say, a multiple choice question using the built-in submit button), I'd do this: 1. Add your motion path to the shape. 2. Add a trigger to move the shape along the motion path when the user clicks the submit button on the condition that the state of (correct answer) radio button is selected. I can't attach an example here, but if this doesn't quite get you where you need to go, please start up a thread in the Storyline forum (ask the same question) and then we can help you out there with examples and such. I hope this helps! Mike

You are a rock star! Not just using Storyline but as a teacher!

I'm trying to get a motion path object to work, and it's behind a shape that is serving as a mask. But it shows up in front of the object. How does one fix that?

Hi Amy, I'm not sure I understand. Could you post a file with what you're seeing over in the Storyline forum? That way we could take a look! Thanks, Mike