Titles can appear in two places in Articulate Engage content: the interaction and the player. 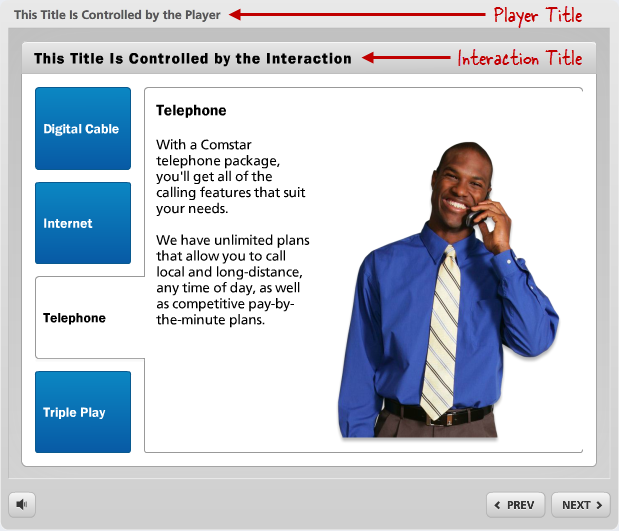 You can show/hide one or both titles. Here's how:

Working with the Player Title 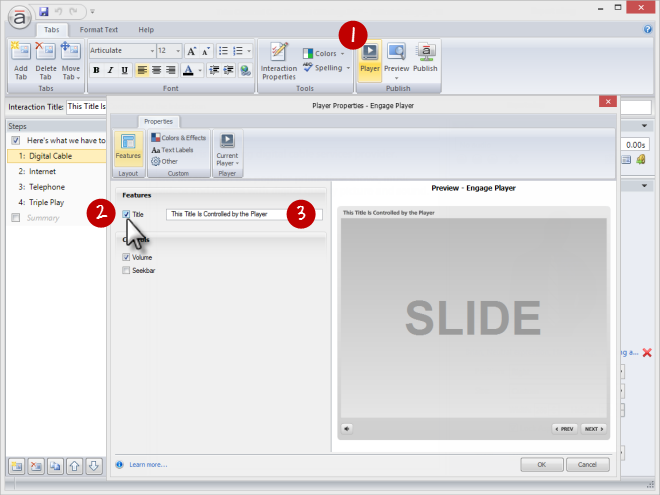 To learn more about working with player features, including the player title, see this tutorial.

Working with the Interaction Title

The interaction title appears in the upper left corner of the header bar (just below the player title). It defaults to the type of interaction you're building, but you can change it. Simply type the name you want in the Interaction Title field just below the Engage ribbon. 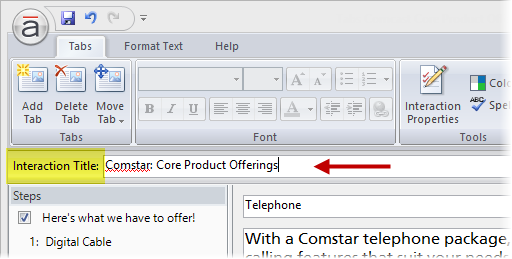 This changes the title that appears in the header bar of your interaction, but it won't change either of the following:

To show or hide the interaction title in your published output, do the following: 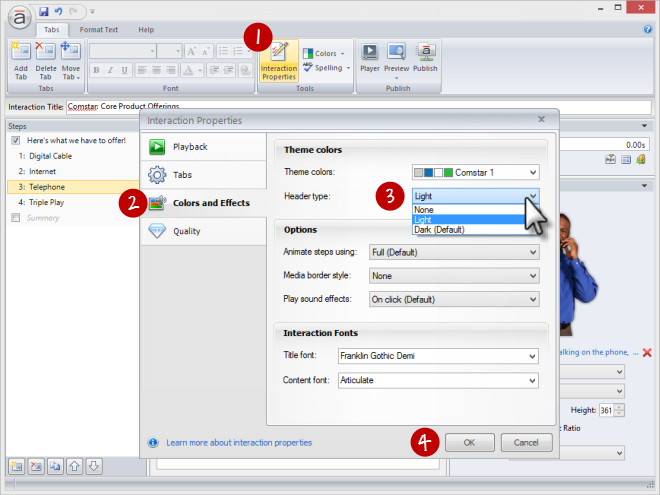 Engage 360: Working with the Interaction Title