Adding animation to a .jpg

Can anyone offer a suggestion as to how I would add animation to an existing .jpg? For example, please refer to the sample .jpg. The SME would like me to add movement. For instance, he wants the electrons to bounce toward the LED circuit; he wants the wavy lines in the "heat" arrow to mimic heat waves and he wants the lines in the photon arrow to move toward the front of the arrow. I tried adding another arrow on top of the existing arrow and then adding the electron circles and the wavy lines. I then added motion paths to all. The end result looked sloppy and unprofessional. Is there a way to accomplish this? Thank you for any help!! 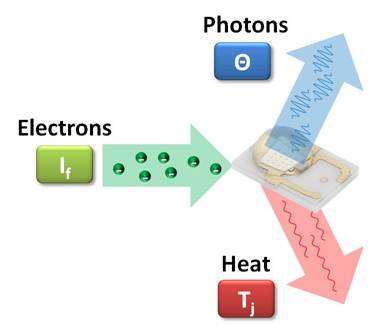 I'd suggest adding the same thread over in our Building Better Courses forum. It will get your question more visibility, and it's a great place to share ideas, tips and tricks with our awesome community and fellow Heroes. Good luck!

Thank you for your help, Peter! I added my question to the thread you suggested.