An end user had created a presentation in PowerPoint with two animated gifs (sun, snow) in a slide. When these gifs are played in Articulate the animations do not work.

What I have done so far to assist

Problem is - When I preview the same slide in Articulate, the animation appears, BUT will not MOVE out of the screen based on the animation sequesnce set up in PowerPoint.

Is there something I am missing?

a) working with Web Objects in PPT and Articulate

b) working with Animated gifs in PPT and Articulate

Any help will much mucho appraciated.

As you've discovered, Presenter does not support animated GIF files. However, you may be able to convert your animated GIF to a Flash movie (SWF), and then insert the SWF file into your Presenter presentation.

A web search will reveal many GIF-to-SWF conversion tools. Here's one free converter.

There are also paid converters with additional features, such as here and here.

Another option, which it sounds like you are currently working on, is to insert your animated GIF into an HTML web page, and then use the Web Object feature in Presenter to embed it into your presentation.

Let us know if that's helpful, and good luck!

Inserting the animated gif as a web object

When I view the sequence in PowerPoint, the web object animates based on the PowerPoint sequence applied (appear, and move out of the screen).

Problem is - When I preview the same slide in Articulate, the animated gif appears, BUT will not MOVE out of the screen based on the animation sequences set up in PowerPoint.

If you'd like, you can send us your files so we can take a closer look. Please create an Articulate Presenter package, then upload the zip file to our server. You can review how to do this here:

Please be sure to include a description of your issue, your version of PowerPoint, version of Windows and version of Presenter '09, which you can find in Help and Support -> About Articulate Presenter. Please also include the URL for this thread so I can follow up with you personally in the forums. And feel free to come back and leave your case number here so I can keep a close eye on it. Thanks!

Hello, First, sorry about my english. I have the same problem. I insert a swf it works in preview but it doesnt work in publish.I use Articulate 13  and power point 2007. I add and very simple zip

Looks like you shared your zipped published output, so I uploaded to Tempshare for testing and I'm seeing the .swf file on the first slide: 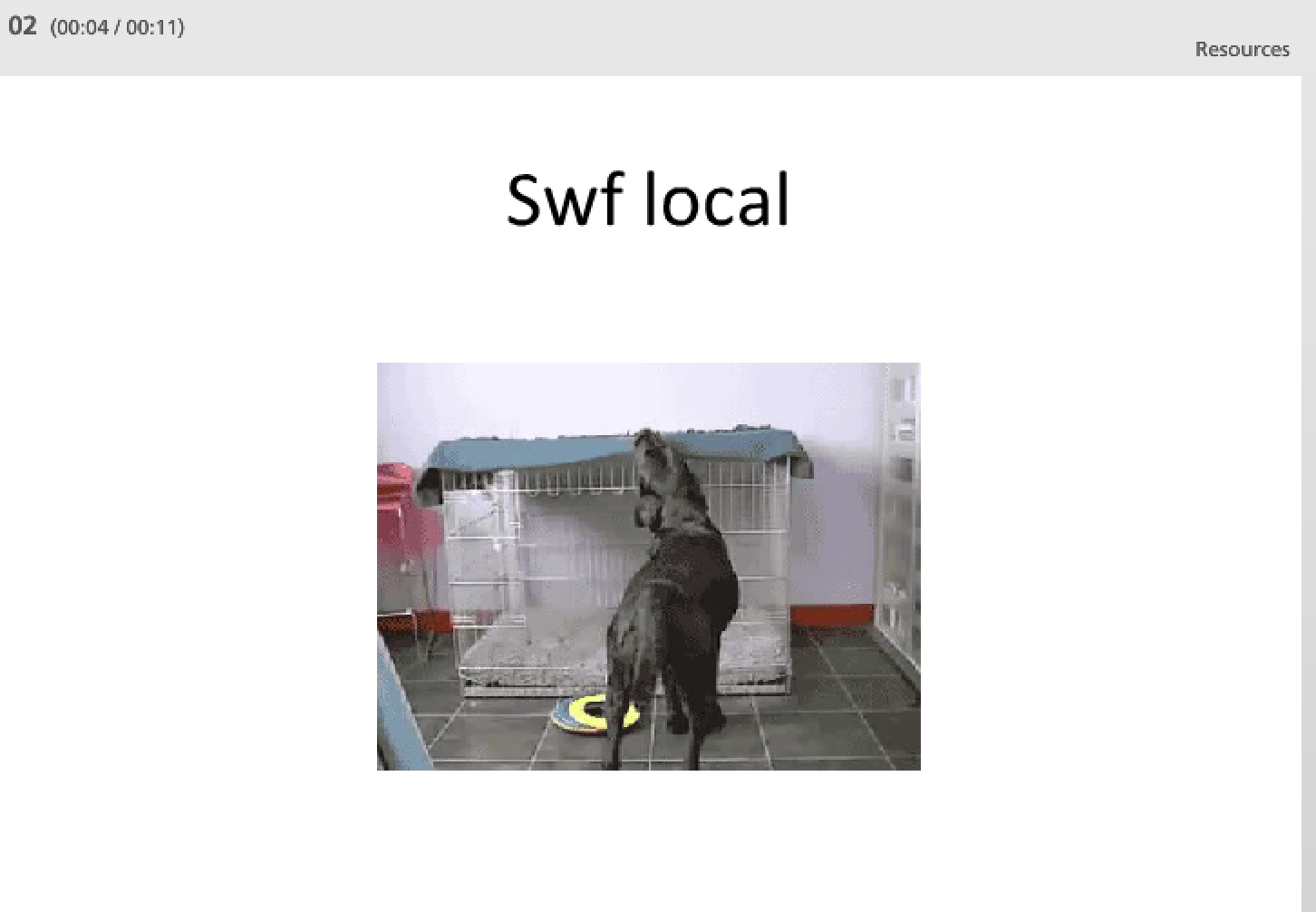 You can check out my published output here.

It is only compatible in the Flash output though as you can see in this chart.