Horribly messed up tables in '13

I've waited so long for an update to Presenter, and I'm still seeing many of the same issues that plagued '09:

Sudden creation of -old.ppta file when opening an existing project for no apparent reason

Mismatch between published results and preview

The third one is the real killer, especially with a large training that takes over an hour to publish.  On my first project with '13 now, Presenter has completely butchered a number of relatively simple tables I have in my slides.  See the attached screenshots.  The kicker is that if I preview these slides, sometimes they show up fine and sometimes they are messed up.  Thus, I have no idea before I start a publish if something I've done will truly fix the problem (not that there should even be a problem with simple Powerpoint tables in the first place).

Anybody run into this or have a solution? 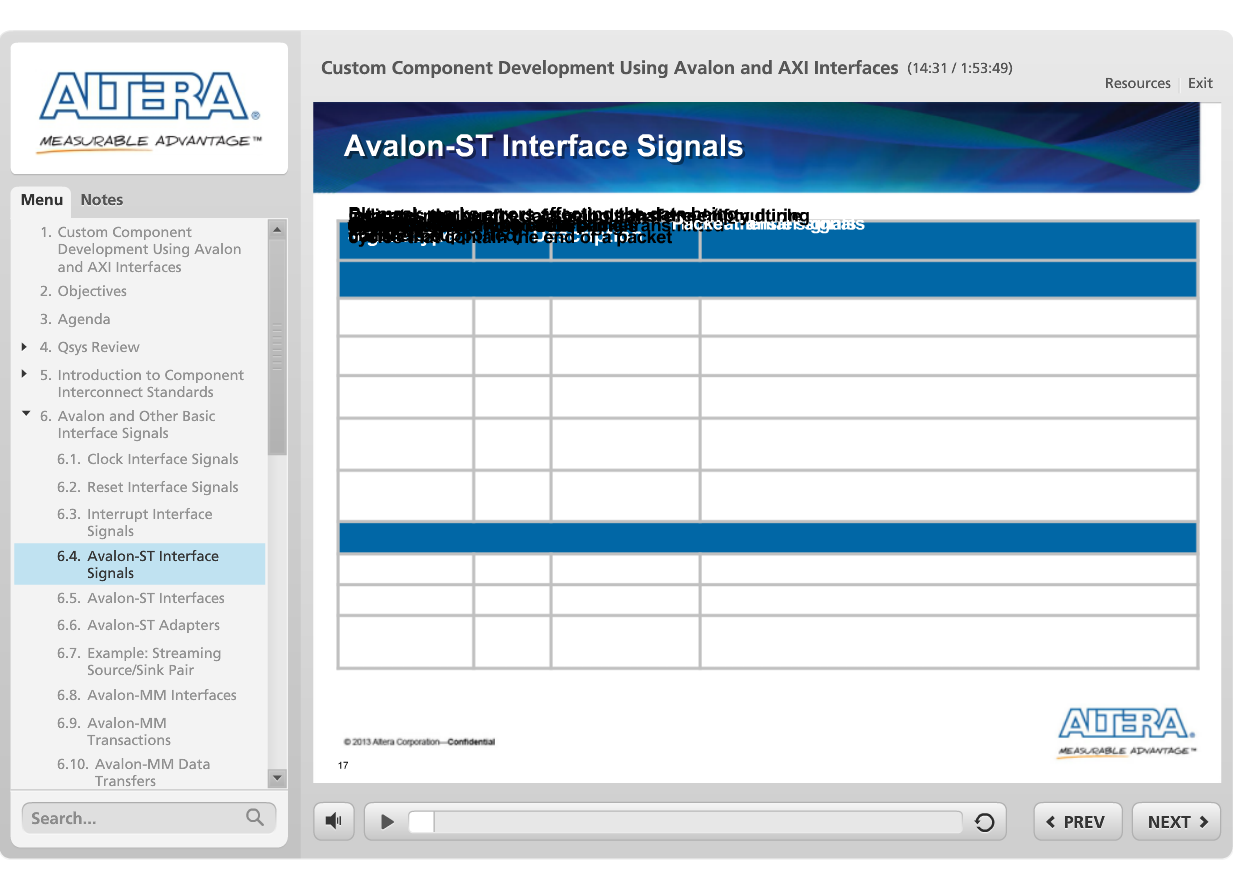 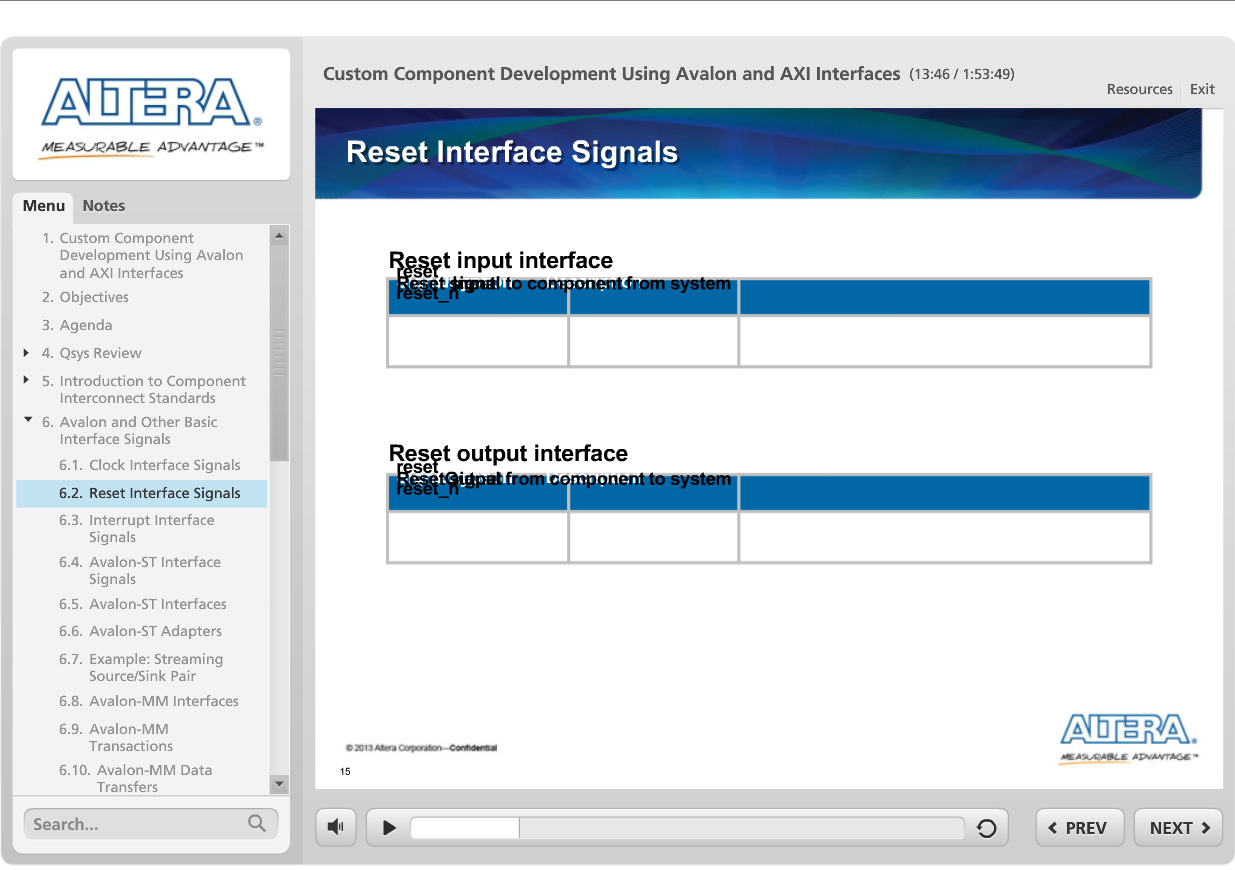 I only have this problem publishing to a CD.  I inherited some of the files slides including the chart so I think I'm going to create a new chart in PowerPoint and see if that makes a difference.

Hi, Suzanne -- Thanks for reaching out, and yes, please keep us in the loop if what you have suggested does the trick for you. if not, you are welcome to share your file and any additional details and we will gladly take a closer look.

Thanks, I'll let you know.

Sounds great, Suzanne, and I did want to mention in case you are not aware, when you reply to a forum notification via email, the details in your signature are displayed publicly in the post. If you would like to remove those details, please use the EDIT button beneath your reply here.

I have this issue on a regular basis and the same solution doesn't always work from project to project. Here's a few things I've done to fix the issue.

I'll give them a try.

So, I recently ran into this problem myself, when trying to update an older Articulate Presenter course (likely made in both a previous version of PowerPoint *and* Articulate Presenter). Since it used *many, MANY* tables, and I didn't want to lose them all to images, on a whim I decided to try saving the presentation/project to a new location with the extension .PPTM (macro enabled) - which was different than the first version I was working on (.PPTX). And... the published version came out perfectly, with all the tables intact! YRMV, but hopefully this helps someone else in the future.

Thanks for sharing your idea. I'm happy it worked for you. I may try it.

Hi Suzanne! I just wanted to pop in to mention that replying to the forums via e-mail attaches your signature. You are welcome to edit if needed.

Hi Articulate. I just recently - re-installed your software (last week), Update 8 I believe, and I am also seeing this issue. (Where simple tables collapse the text over themselves)

I do publish to my C Drive, and it does appear random. I just keep re-publishing until the tables process correctly. Should I put in a ticket of some kind?

Hi there Marie, thanks for reaching out, and I'm sorry to hear you've run into this. I would recommend reaching out to our support team so they can do some testing on their end. You can reach out to them directly by way of this form.

I have updated Presenter '13 to the latest version of Studio (I think March '17?)

The behavior I noticed is that if I create all the tables and publish without closing PowerPoint, all publish correctly. If I save the file and close PowerPoint, there is when things get messy. I publish right after re-opening the file and then tables are messed up randomly.

So what I do is to cut & paste all the tables in place before publishing and that seems to do the trick. Of course having to do this continuously is a pain, so I recommend just doing it when the course is final

That's really strange--thank you for letting us know what's going on! Let's try and narrow this down together:

Strange or not, I just wanted to contribute what worked for me.

We are working on PowerPoint Pro 2013 and publishing locally , then moving to SumTotal Maestro 5.0.  (And we also had experienced the  course completing after one quiz and freezing up, with Maestro, but not the issue here).

Did not take screenshots sorry. But the screens look pretty much like every one else's; all the text bundled up on the top left cell w/o wrapping.

Thanks, Eloy. I'm glad you found a workaround, but I'd like to try and help you get to the bottom of this so you won't need to use the workaround after all. ☺️

If you have a sample file you can share, that would be really helpful! First create an Articulate Package, then attach it here using the "add attachment" button.

Thanks!
For the time being, we have not experience the issue again since republishing, so we are set on this for now. If this happens again in the future with the same or other course, I will make sure I’ll reach to you

You know where to find us, Eloy! You can reach out here, or get in touch with our Support Team directly through articulatecase.com.

Also, it looks like your email signature came through when you replied via email! No worries, this Peek video will show you how to remove it. :)

I have been dogged by this problem since the release of Presenter 13 and frankly, I'm surprised this problem hasn't been fixed yet!

My workaround is to republish the module with scrambled table text in another format, WEB if you are using LMS, or vise versa. Cancel the publishing before it finishes and publish again in your desired format.

An awkward method, but it always seems to work.

I'm sorry you've run into this issue too. Unfortunately it's one that a handful of folks are plagued by, but not something that our team has been able to determine steps to reproduce.

If you'd like to work with our Support Engineers directly they'd be happy to take a look at your examples and that may shed new light on the issue! You can upload your project files at this link to start a case.

Hmm.  I'm going to have to agree with the 5-year old comment.  It is disturbing when I do a Preview of a slide with a table, and it looks perfect, but when I publish, I get a garbled mess.  My tables look just like the mess above.

It looks like I just responded to a similar question.

I'd love to take a look at your file and we can keep the conversation going over there :)

We just ran into this issue with one of the courses we recently updated.  Are you able to assist me?

Would you be able to share your Articulate Package for us to take a look? You can share it with our team privately here.

I have been using Articulate 13 for a while but this problem of tables getting messed up is a relatively new one (started approx 5 months back). As others have complained, my tables too get messed up and it is a random occurrence. Preview does not help. Publishing the same material a number of times leads to tables appearing different every time (some appear normal and others appear messed up). To date I have been turning them into images; however my present material has too many tables. Also, I realize that changing them into images would mean problem if I ever have to revise this material later. I am sharing a part of my Articulate file -  just some of the slides with the tables. Do note that the 2 times I pressed the Publish button for this set of slides, the tables in them appeared differently both times. Request your help in solving this as soon as possible.

Hi there, Lekha.  Thanks for sharing your file.  I published and hosted in SCORM Cloud for testing, and the tables appeared properly on my end in Chrome, Internet Explorer and Firefox.  Can you check my link and let me know what you see? 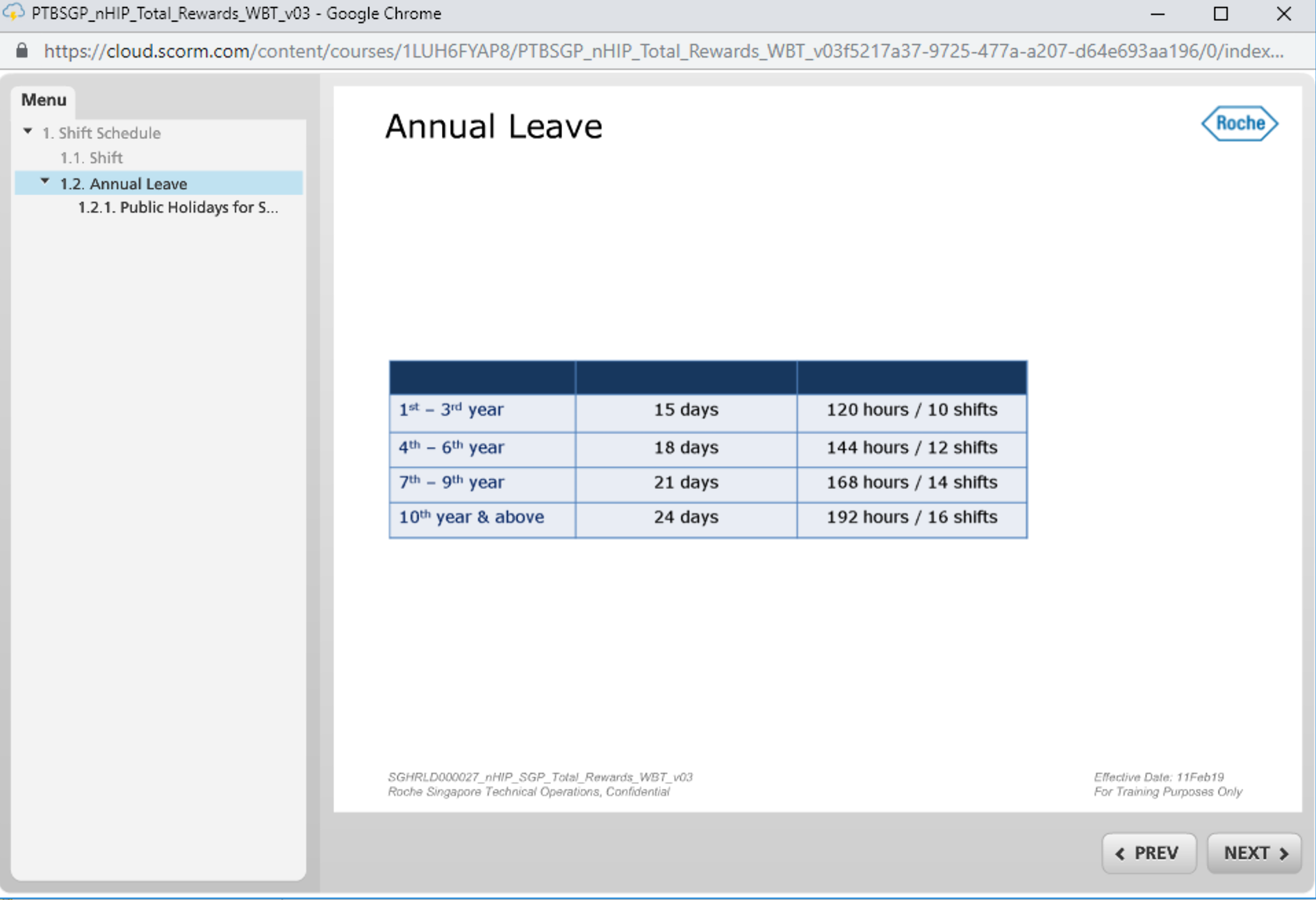 Also, can you share a link to your output to see if I can isolate it to a problem occurring during your publishing?