I am experiencing an issue when publishing a powerpoint to Web. After the module is publish the first slide doesn't appear correctly. Image A listed below is the published version and Image B is how it appears in powerpoint. The thought bubbles are animated.

Also, if there are any bullted lists in the thought bubbles the first bullet is missing after publish but still exists in the original powerpoint.

The only thing I did different from past modules is that the background colors and images, not including the character, thought bubbles or on screen directions, are built as a slide master.

Does anyone have any idea what is going on or if I am doing something wrong? 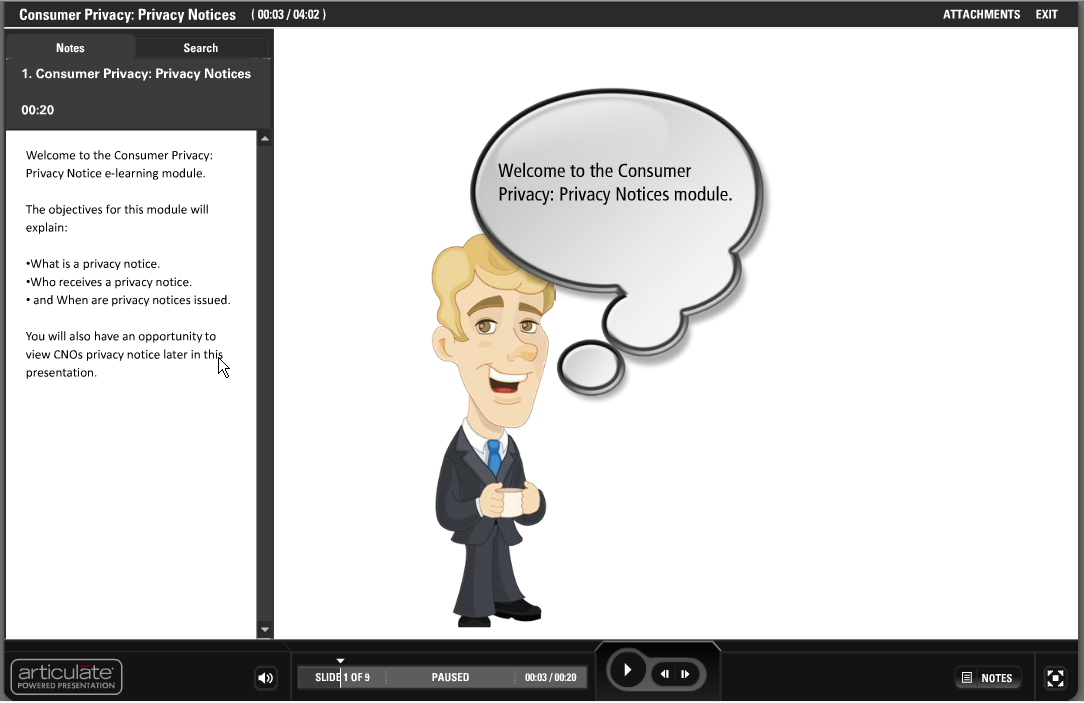 Are you able to send us the files so we can take a closer look at what's going on? Please create an Articulate Presenter package, then upload the zip file to our server. You can review how to do this here: