Audio from two layers playing at once

I have slides set up that play a .swf audio file with a slide trigger for when the timeline begins.

Then I have a button set up to reveal a second layer. On the button I have it set to stop the audio playing from the main layer and the start playing the audio from the second layer that was just revealed.

But when I click the button it starts the second audio without stopping the first, so they are playing simultaneously over one another.

I tried every option I could think of to get the first on to stop but to no avail.

I would say the problem is that the audio is in the swf, can you set it to pause the base layer?

Yea, I tried pausing, and stopping.

Also changed the trigger to pause or stop on end of timeline, hover, click and maybe a few others, but none worked.

My next step was to create new slides rather than layers, but was trying to avoid that if possible.

Hi Jonathan. instead of using the trigger used the options shown below on each layer, maybe this is what you are looking for

Also maybe the file attached would help you as well 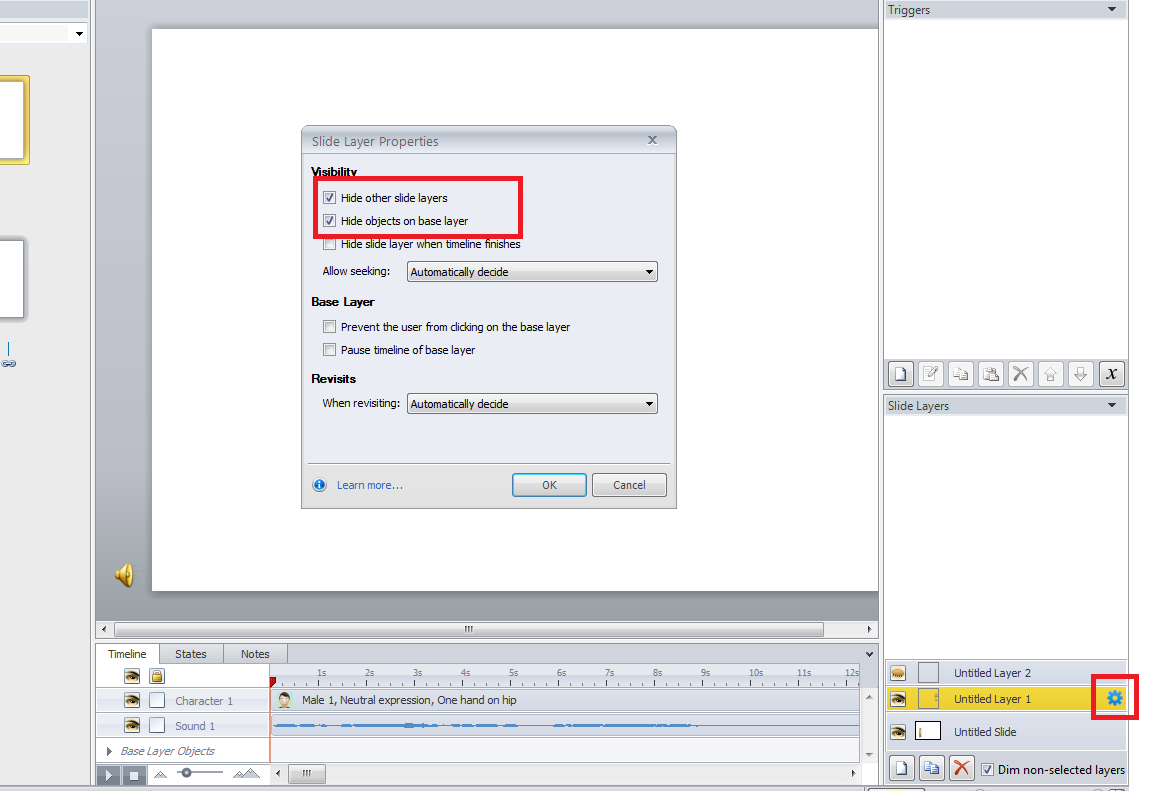 In addition to the elements Rehan highlighted, did you look at the check box to pause the base layer timeline instead of just a trigger to pause the audio? If you're still having difficulty it may help if you're able to share that one slide here with us so we can take a look at what you've set up.

I tried both of those methods and they almost worked. The pausing of the base layer didn't prevent the audio on the baselayer from continuing. When I tried Rehan's method it worked, but I still want people to be able to click things on the bottom layer, but that no longer works with this method.

I have included a slide here.

Thanks for sending this along, but could we take a look at your .story file which is the file prior to publishing the course?