This module has video excerpts in which the results of a survey are presented. We thought it would be cool to have learners take the survey as well and then see how their responses compare to the survey participants' responses. I've done this using variables, so they answer the question, and then when watching the video, a marker will appear based on their responses.

For example, if they previously indicated that radiology was their first choice (Slide 1.8, variable Choice) and that they strongly disagreed with this statement (Slide 1.11, variable Slider5), a yellow marker would show their choice here on Slide 1.18: 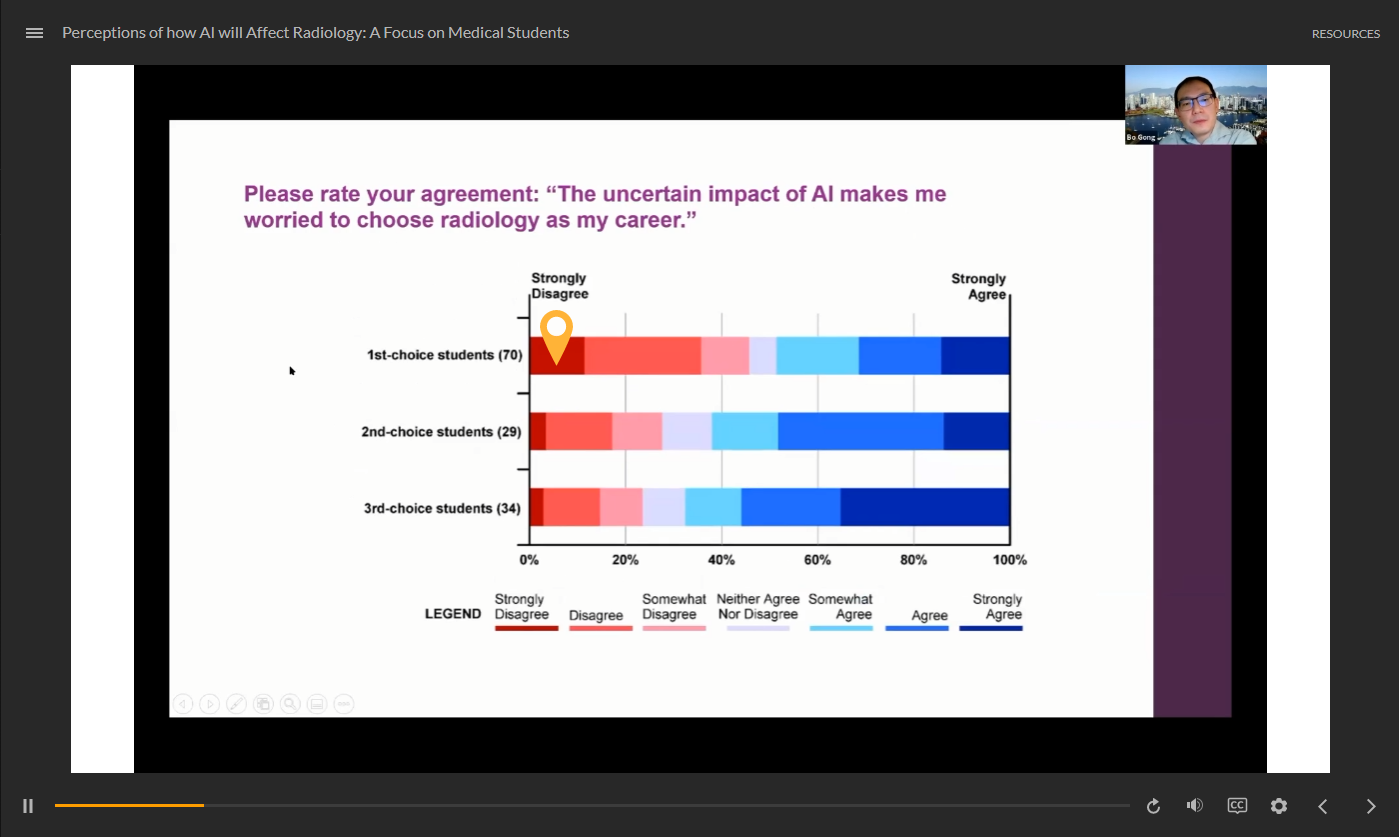 However, I can't get this to work on Slide 1.19. The markers on the left show up as they should, but nothing appears on the right, even though I've triple-checked my variables and triggers. I definitely need another set of eyes on this! 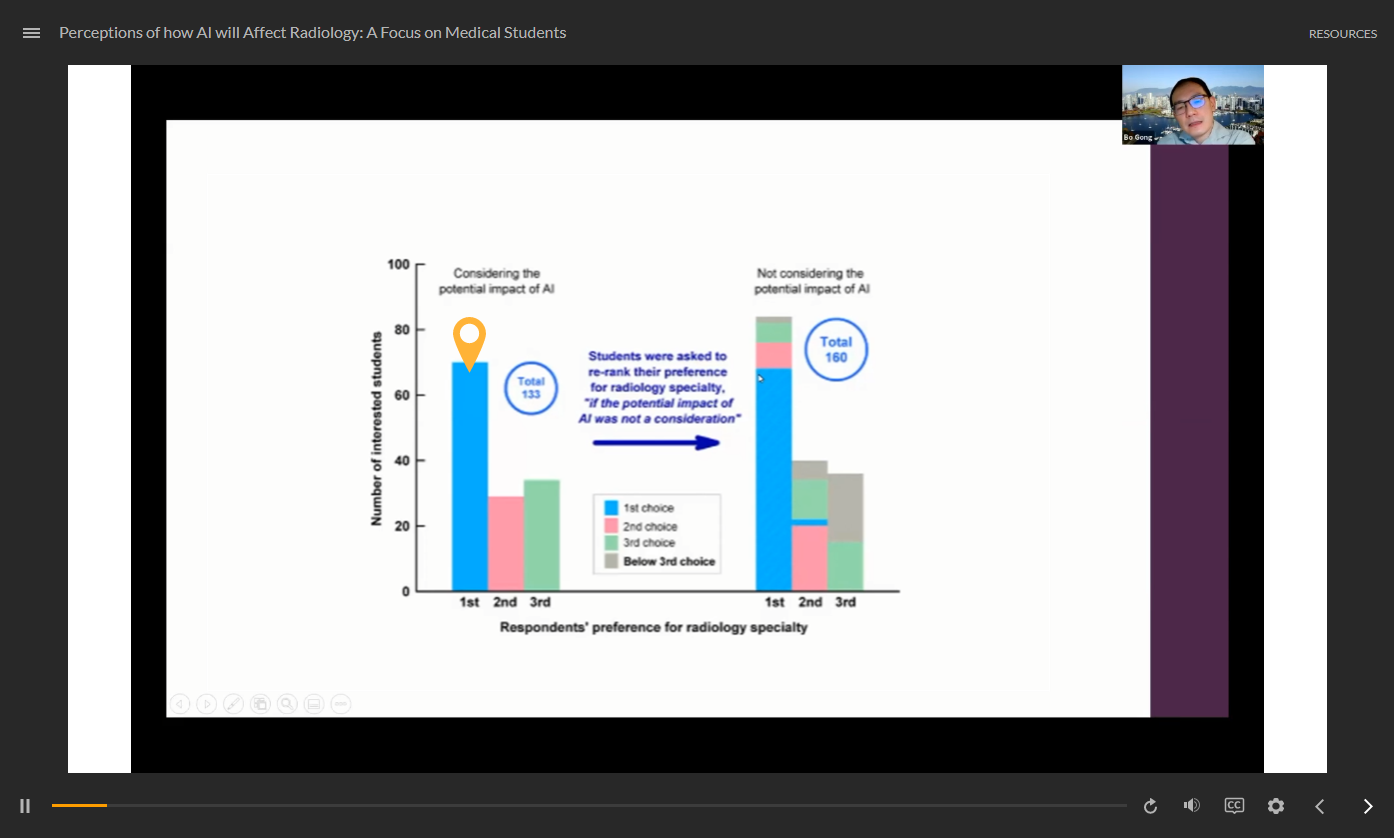 I don't have an answer yet (I'm still working through it), but I am fascinated by what you created!

My first observation: in slide 1.7, you have a trigger to set Student to False. Do you need this since the default is already false?

Thanks for your speedy response, Steve! I put that trigger in there just as a safeguard for if people jump backwards and redo parts of the module.

I think this is it (I haven't run it yet to test it) - on 1.13, move the Jump to slide 1.14 to below all of the Set NewChoice triggers in the Submit Button triggers. It's your first action when they click on the Submit button so none of the values are being set.

Ohhh, I think you're right! (And I also have a totally unnecessary trigger left over from when I copied from another slide--I think that's why I didn't notice the order!)

Yep, that was the issue. Thanks so much, Steve!!!