I need help figuring out how to change the state of a button using variables. I tried posting this earlier but it's been reported and isn't showing??  (I don't know why, if I did something wrong please let me know what!)

I'm working on a course that has a slide with a series of buttons to branch to one of eight slides. After you've viewed all the linked slides, you can continue to move forward in the course.

What I want is when you go to the corresponding slide and then return back to the original "fork", the state of the button changes to "viewed".  Here is the main 'branch' slide.  The eight icons around the wheel are the buttons: 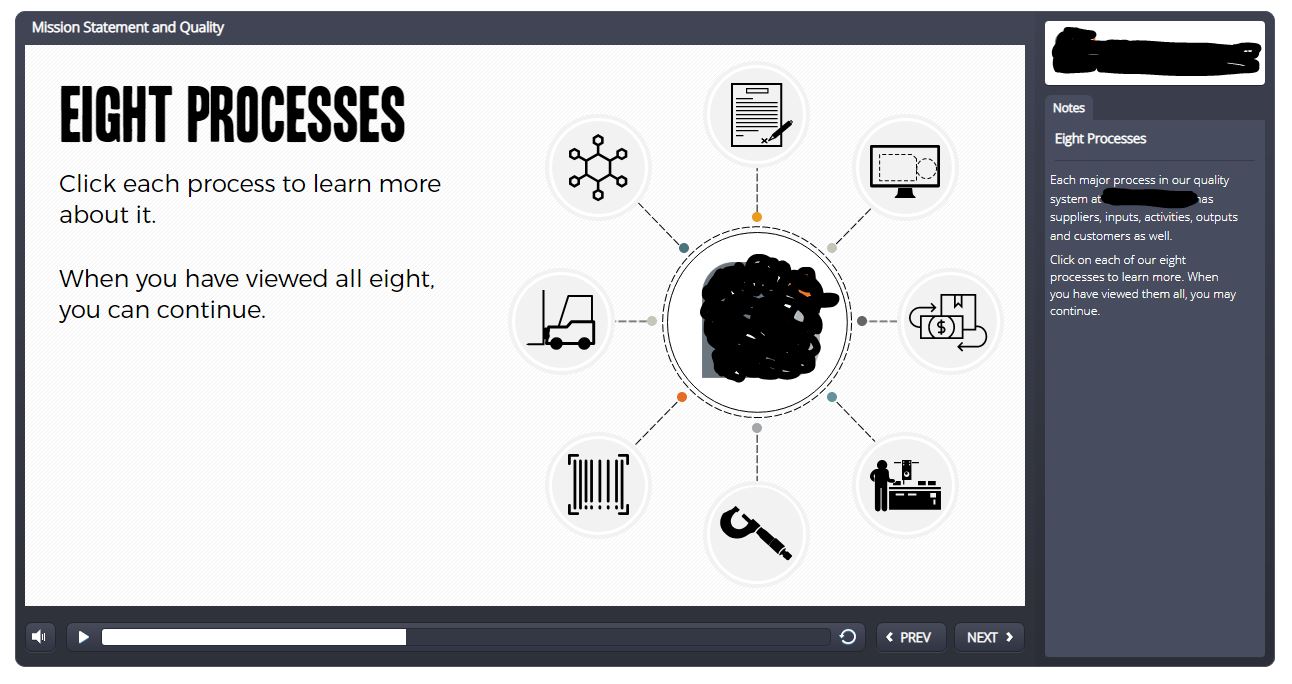 This is what I want you to see when you return back to the main branch: 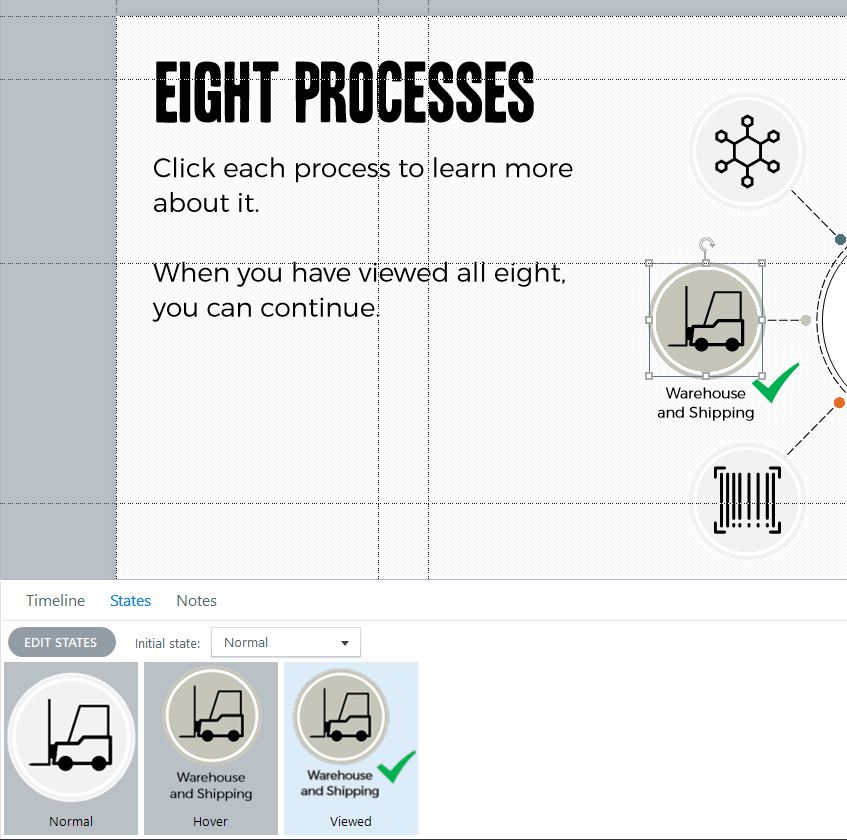 It's not working and I cannot figure out what I'm doing wrong.  I did a similar thing in another course and it worked perfectly, but the buttons were taking you to various LAYERS, not separate slides.  I cannot do that this time around because my client has notes they want visible in the sidebar menu and layers have to use the same notes as their base layer. So I had to build each of the eight processes on a separate slide and branch to them.

I have a variable named for each of the eight destination slides with the default value set to False. 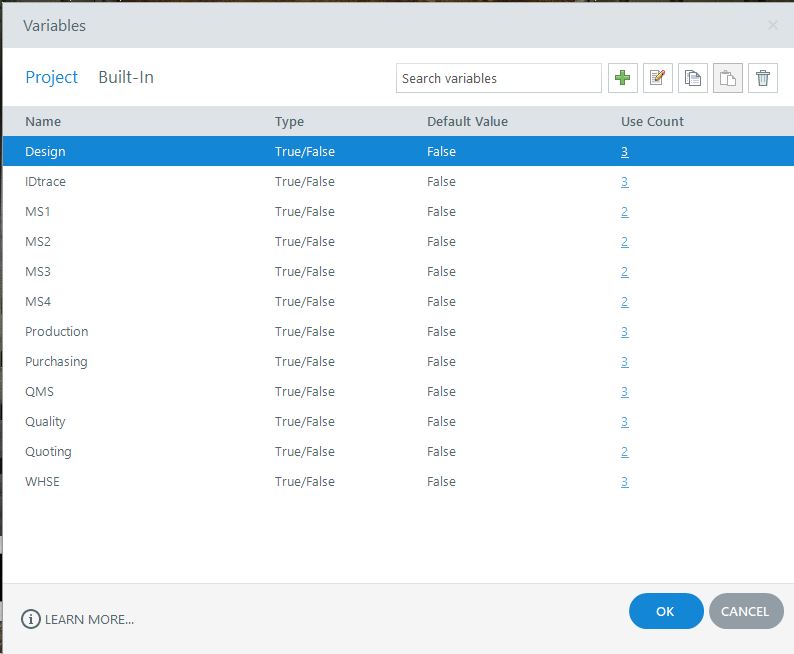 On each of the eight linked slides, I have a trigger set to change the variable to True when the timeline starts on that slide. My other trigger is to return to the original branch (the wheel of buttons) when you press the "back button" I created. 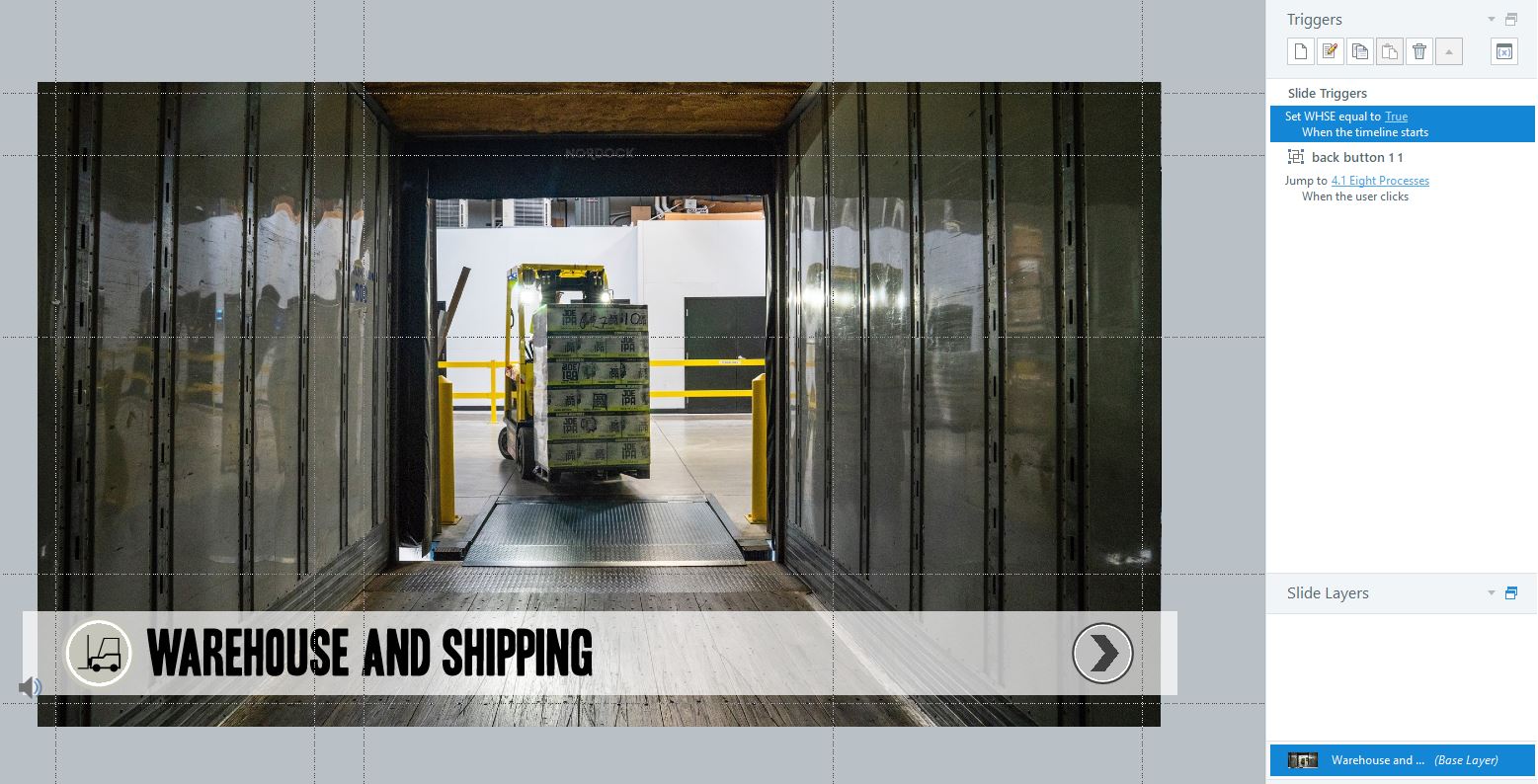 Any suggestions?  Thanks in advance!! :)

Hi, you don’t need variables for this. You don’t even need triggers to change the state as this logic is built in to the visited state. Make sure your buttons have a visited state and make sure the slide properties on your main slide is set to resumed saved state.

The easiest way to created the visited states on you buttons is to duplicated your viewed state and select visited state from the dropdown list.

I haven't used Storyline for a few months and for whatever reason, when I was building the states, I didn't even think about the built-in "visited" state which is why I built a new one called "viewed".  Thank you so much for your reply.  I just changed them all and it works flawlessly, of course.

Don't feel too bad, the way you were doing it is necessary when using layers but not when jumping to slides. Good luck with your project.

I have a menu that branches to different slides. But the learner may go to the slide without using the menu. How can I get the menu to show the visited state if they did not click the button, but visited the slide through the NEXT button navigation?

If you have a LOT of these needs in one story, it can get tedious, but this is how I handle this.

A little kludgy to setup the first one, but quick to duplicate once you get it going.

This is really useful when using MASTER SLIDES to present a menu system all through the course.  The problem is that as each slide is presented the Master Slide components are "reset" each time by default, so tracking the states you want applied like this allows you to force the Master Slide menuing system to remember the needed state of each menu selection as the course progresses.

Thank you! That is what I did. But, it isn't working. Not sure what I am doing wrong.

Could it be trigger order?

Have you put the variable reference somewhere on the slide to see if it is being changed as per the triggers.

Perhaps upload the slide and someone may be able to spot something for you.