In my course, most slide have spoken text, but it could happen that the user has no audio; so I want that the user can open a layer which shows the written "spoken text".

I created a Tab “Spoken Text” above in the player; to avoid having a “button” on the slide.

I want that, when the user click on it, a layer appears on the slide with the “spoken text” written. 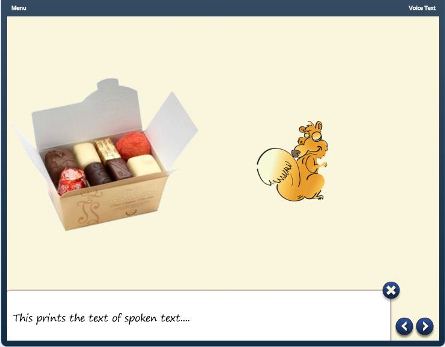 The trigger on my player is so : 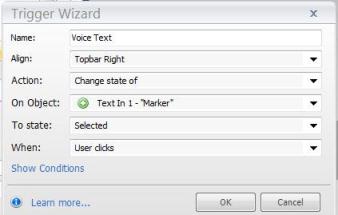 Then on each slide with spoken text, I add a maker called “Text In”.

I create 2 states for it : Normal & Selected

Then I put a trigger in the slide : 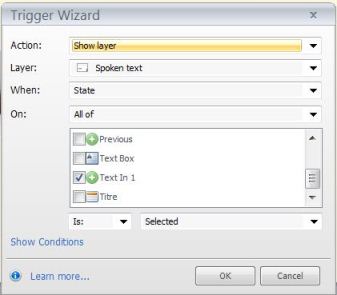 When I set this on a slide and play the slide directly, it works correctly.

When I go to the next slide, set it correctly, and come back to the previous one, it doesn’t work anymore… The trigger of the player has then empty fields : “on object” and “To state”… and it doesn't work. 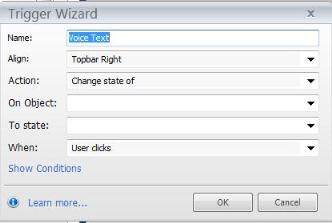 Here are 2 slides as example...

Would anybody have an idea how to make it work ??

I know this is 2 years ago but I'm currently experiencing the same problem, but with Storyline 2 and setting a white rectangle to "cover" transcript scrollbox with initial state set to "Hidden". Works fine for one slide, but not the next.

Anyone can suggest a solution to this, or come up with alternatives? I need a transcript to go with the audio and I would prefer if the trigger button is on the player itself.

There isn't a built in way to include a button on the player which would allow you to trigger elements like that, so I'll defer to the community. You may also be able to set something up using the Storyline SDK.

Sorry for the late reply but thanks for this. I think I will stick to creating custom buttons on the slide itself.

No worries Jannah and glad you're able to use the buttons on the slide.