Displaying feedback by choice for a freeform pick one question

I would like to provide learners with different feedback based on their answer choice. This is part of a scenario so I would also like for learners to have unlimited attempts.

I took an existing slide, converted it to a freeform pick-one, and selected feedback by choice and unlimited attempts. I used the More button by each choice to link the feedback slide to the appropriate answer choice. 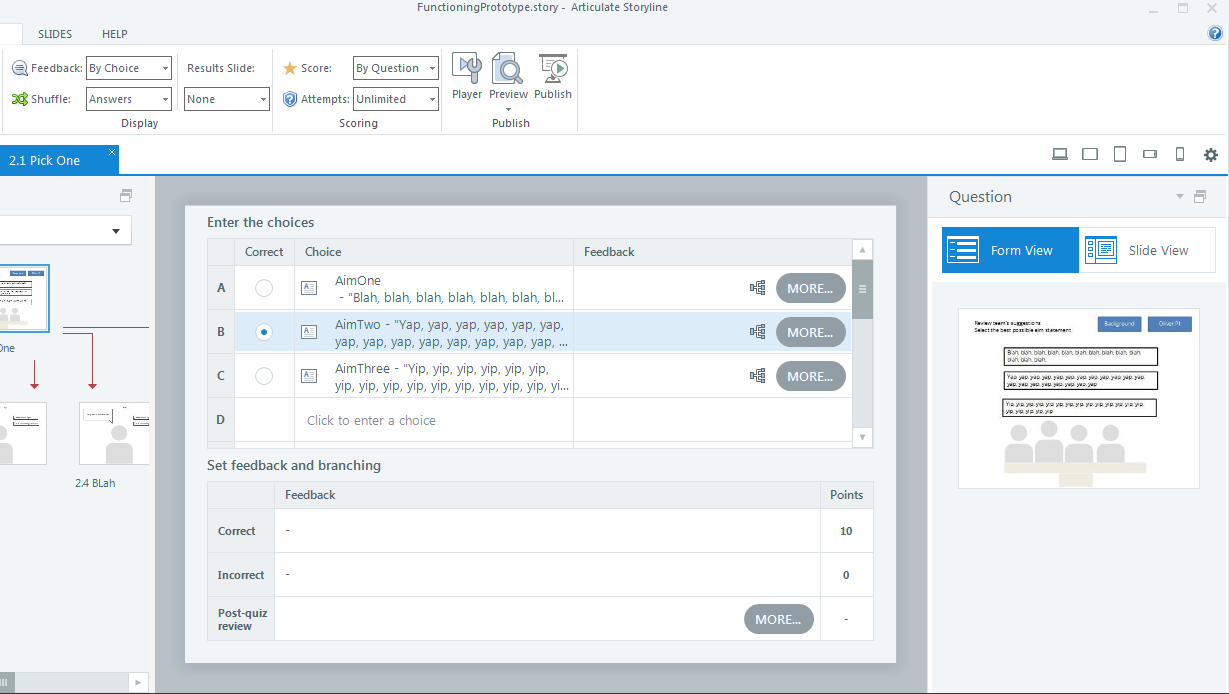 When I tested the question feedback only appeared for the correct answer. When I selected an incorrect answer the screen did nothing. I couldn’t figure out what was going on so I had my manager to review the file. He found triggers on two layers created by Storyline with a condition where the slide will only show feedback after the 10,000th attempt.

Has anyone else experienced this? Is this a bug or should I take a different approach for what I would like to do?

I thought recreating the pick-one slide would correct the problem, but I noticed that the 10,000th condition appeared again when I selected the More button to link to a feedback slide.

Hi there Ruby! Thanks for that detailed write-up and for including screenshots.

That trigger is expected, actually! Since you're using "Unlimited" attempts, we set the attempt count to a large number (since unlimited isn't a number 😉) .

It sounds like you may need to adjust how your slides are set up. Can you tell me more about how you want this interaction to work?

Thanks for responding Alyssa.

I would like for learners to try the question until they get it correct and to display a reference/feedback slide (as you have described). I didn't consider using lightboxes so I will definitely give it a try.

Sounds like a good plan! Let me know if lightboxes work for your design!