Drag and Drop (feedback for each drop)

I want to create a drag and drop slide.  However, I want to have about 5 items that they need to drag into one of 3 boxes.  I also want the feedbacks to occur after each item is dropped.

Is this feasible?  If not, it feasible to create without being a quiz? 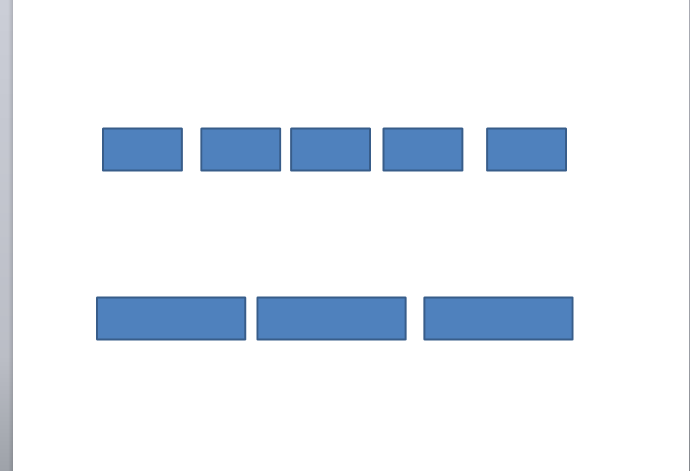 It is feasable and it is already built into Storyline.

Take the slide you have displayed above and convert to Freeform > Quiz > Drag and Drop interaction.

Set the Drag and Drop properties accordingly. If you do not know what the setup would be, just set something and preview the slide to see how the results work for you.

Can you assist me with where the settings are to provide feedback for every item dropped in within this one slide?

The built in feedback layers (correct/incorrect) will appear at the end, once you've selected submit. If you'd like feedback after each item is dragged, you'll need to set up triggers for those individually that will show a particular layer.

I have been grappling myself with the problem of providing immediate feedback on drag and drop questions (which is why I checked out this post). I've been able to find some partial answers, but really haven't found what I would consider a "clean" solution. Michael, in your example, I see the same problem that I have found in my own attempts. I am pointing this out because I am hoping that someone (Ashley?)  can suggest an approach that avoids this.

The problem that I see (and that I have not been able to solve in my own attempts) is that items that are dropped outside of any target are marked as incorrect.  This includes targets that are dropped back in the pool by the learner. (So that, if I pick up a red item and then immediately put it back, it is marked as incorrect even if I never placed it on any target.) I would prefer to avoid this for two reasons:

1. I think that inappropriately marking things as wrong discourages exploration. (And marking something wrong because the learner jiggled it does seem inappropriate.)

2. Items that are not on any target may be set to Incorrect. This makes it difficult (I have found it practically impossible) to provide differentiated feedback that takes unplaced items into consideration - because I can't reliably distinguish between

a) items that are actually matched to an incorrect target and

b)  items that are sitting in the pool but are set to Incorrect because the user moved them at some point.

Does anyone see any way to get around this? (I would note that I *have* tried using triggers on the draggable objects to track the target on which each object is dropped -- but found other problems with that.)

Thanks Michael!  That file is very helpful.  I'll give it try.

If I wanted a different feedback for each object, would it be just me editing the incorrect state?

Welcome to the community!

Could you upload your story here so community members can take a look? I'd answered a question a while back and had combined T/F and number variables with free form drag/drops in a way that didn't penalize Learners if they changed their minds during dragging/before hitting submit. But I'm not sure it would work for your scenario...

Hi Darcy, and welcome to Heroes!

It looks like you're in good hands with Becky (she has awesome examples), so if you're able to share your .story file here (use the paperclip icon to attach it) that'll help everyone get a better sense for your set up. Even sharing that one slide would be ok.

Hope it's ok for me to ask a related question in this thread. I am working on a drag and drop interaction, and I have triggers set up to display feedback when the user drops an element on the wrong target, that works fine. I also have the properties set up to snap the item back to its original position if it is not dropped on the correct target. I am finding that displaying the incorrect feedback layer prevents the item from snapping back. It stays on the incorrect target.

Is there a way to allow the item to snap back and then display feedback?

I have attached the story file. The interaction is to drag the statements on the right to one of four quadrants on the left. Currently, only one statement is set up to trigger immediate feedback. The first statement in the left column, "Declining income..." belongs in the Threat quadrant. If you drop it there, it stays with no feedback. If you drop it in any of the others, a text box appears in the quadrant to say it does not belong there. You will see that the text does not snap back to the original location.

All suggestions are appreciated. Thanks!

You're always welcome to join in on a thread, or start a new one of your own!

The behavior your describing is expected based on showing the layer. I am not certain there is a way to set up the behavior you're looking for, but it may be something the community can weigh in for you.

Michael, just used your solution today and it's wonderful! Thank you so much!

Glad this thread has helped you out!

Awesome Michael! Your example was a big help.

This super old thread is still proving useful. Thanks for the immediate feedback tip Michael.

Agreed, this thread is older but still useful. I ended up using Michael's solution of a custom process with variables. I set each object to show one layer or the other based on the dropped on target. This does work and even allows dropping any number of objects. I did use a custom next button to continue. Once again the community works AND ROCKS!

Yes, thanks all this was a helpful thread for me too.

It looks like Darcy's issue was never addressed in this thread, and I'm experiencing the same difficulty when trying to provide immediate feedback (via state change):

Is there a way to make the object state change to "normal" upon return to the original starting position, if that object has a drop target? I'm currently working with a drag & drop freeform slide in  SL360.

I found a workaround: Remove the freeform layout, and use a combination of manual triggers and variables.

However, if anyone knows how to resolve this issue within use of a graded or freeform layout, I'd greatly appreciate hearing about it!

I guess I forgot the solution as I am coming back to my own post 5 years later :)