Drag and Drop with state changes

[Updated at the end] Hi all, I'm being plagued by a horrible vanity issue with a drag and drop slide in a course I'm building. My issue is vanity because the slide functions properly, but I'm trying to get the states to change on drop targets.

In the image below, I have 6 drop targets (the dashed rectangles) and 6 drag items (the 6 solid rectangles).

What I'm trying to do is have the numbers in the dashed boxes disappear when any of the dragable boxes are dropped on them and as you can see here, I have deleted the number in the 'dropped on' state. 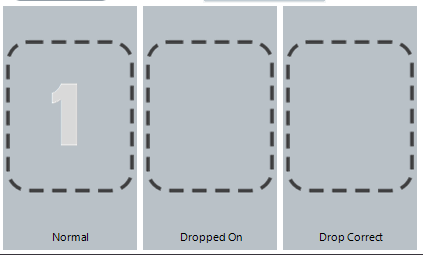 I've set up triggers to change the state of the dashed rectangles (drop target) when the dragable rectangle is dragged over the target. However, right now only the state changes for the corresponding correct box; therefore, giving the answer away. 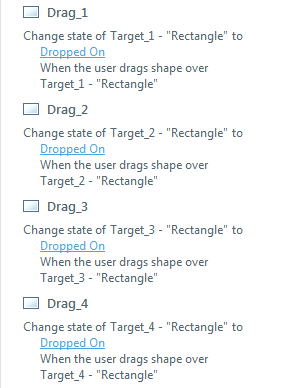 What additional trigger(s) do I need to stop the slide from tattle tailing the answer? I've tried just about every combination I can think of to get this to work...except for the correct one.

I got pretty close to the right combination except that once I dropped dragable item#1 onto drop target #1, the ghosted 1 reappeared.

Update--I'm back to one of the versions that I had before I tried one too many things. I have 6 dropped on state changes for each object. And this gets me closer to where I want to be, but not quite.

I *think* my issue is solved by changing the action from dragged over to dropped on because then I think I can use the hotspot trigger trick to return the state to normal if I remove the selection. 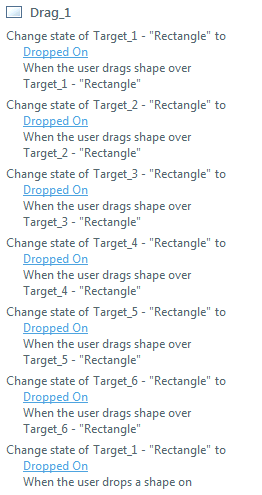 Hi, Kimberly -- Thanks for reaching out and sorry to hear of your troubles! I agree with Wendy that you may want to upload your file for additional suggestions. You would also be welcome to share this request over in our Building Better Courses forum for added design input, as well.