Getting PPT Pie Chart into Storyline as Separate Pie Pieces

Normally, that's easy--just copy and paste or import the slide in.

However, I'd like to have the pie chart in Storyline as separate pie pieces. I want to fade in each piece as it is discussed in the narration.

Any one know how to bring in a pie chart for PowerPoint 2010 as separate pie pieces?

can you right click and ungroup?  maybe you need to create in in Excel and bring across then ungroup, I did this with a bar chart so may work

I'm trying to do that now but getting some install errors that I'm trying to address.  May have a .NET issue.

Trying in Excel is an interesting thought.

I did this in PPT 2007 using a SmartArt diagram. Here's how:

I am experiencing one issue with my segments in Storyline. I have each segment (wedge) acting as a button because I want states on the segments. The issue is that the corners of each wedge overlap the other wedges because the wedge shapes are actually rectangles. This overlapping interfers with the button behavior, for example if I do not point toward the middle of wedge A, it will fire the trigger for wedge B because they overlap. Does anyone have a way around this?

You can try positioning the pie pieces forward and back to avoid most overlaps...but ultimately, I've found the easiest way to work this is to utilize hotspots over the pieces and add triggers to the hotspots to activate the hover states, etc.

Hotspots did the trick! Thanks so much, Mike... Storyline rocks!

Hmm, interesting idea--using Smart Art.  However, unless I'm missing something (and I might be

), I need to have the pie segments of different sizes and not equal sizes.  Not sure how to adjust that with SmartArt--or if it is even possible.

So here's what I ended up doing last night.

Here's the original slide from the SME. 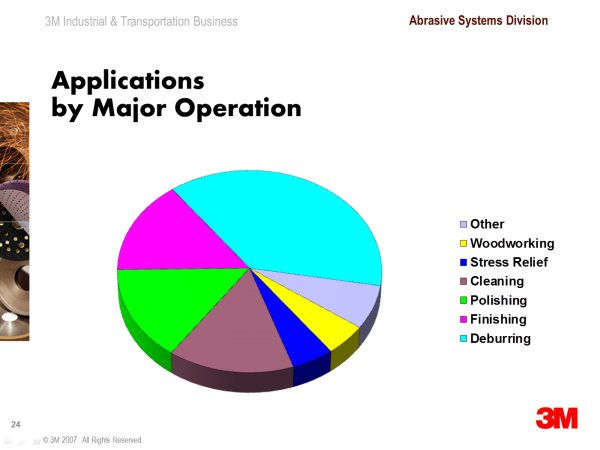 So I took that original data and created a new Excel chart on my main PC.  I then created the pie chart in Excel and formatted it to best resemble the original chart.

But I still couldn't figure out how to export the individual pie pieces as graphics from Excel.  Harrumph!!!

So I then separated the pies in Excel so I could capture each with individual Snagit screen captures of each pie (except for three slices that needed to stay together. 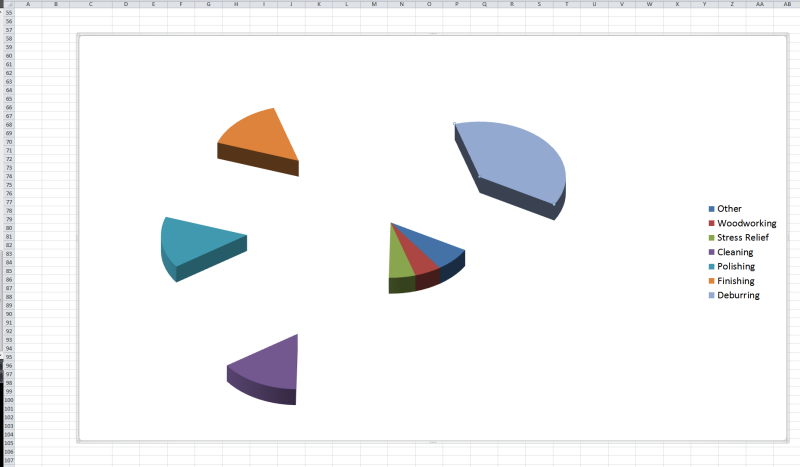 I then pasted each screen capture in Storyline and tried Format > Recolor > Set Transparent Color to remove the while background for each.  As I suspected that didn't work well because the function always left some white pixels around the object that I did not want when I put the pies together to form the complete pie chart. 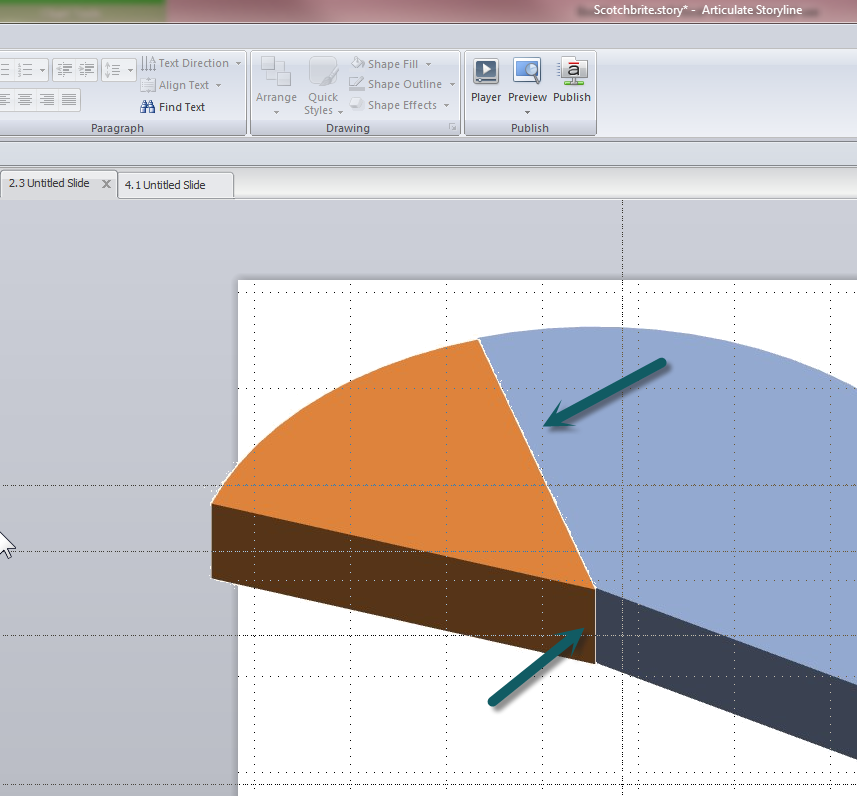 Double harrumph!  And doing the same thing in PowerPoint produced the same results.  (I've seen this before in both PowerPoint and Storyline--why does setting transparency always leave some small artifacts behind of the color being made transparent?)

So then I pasted the captures in PowerPoint 2010 and used Remove Background (I was too lazy to remove in Photoshop or Xara--and I was looking for an easy solution that non-Photoshop users could use).

Removing the background with PowerPoint 2010 was easy and worked okay but left some slight jaggy edges around some of the pies.

So I went back to my Excel chart with the exploded pies.  I increased the sizes of the pies as large as I could and then created new screen captures of each.

My thinking was that even though there were some jaggies produced, when I pasted the images with the backgrounds removed in PowerPoint into Storyline, I'd have to resize the resulting larger images down.  In resizing the images down, some of the jaggies might disappear or be greatly reduced in scope.

That ended up working just fine--still a little rough in places but acceptable.

Here's how everything looks now as I want it in my published Storyline output (the audio is just placeholder for now).

A slightly more stramlined way to do this with a pie chart would be to use the formatting options to make the slices invisible.

Take you pie chart and select the pie itself so all the segments are selected.  Use the Chart Tools, Format tab and set the Shape fill to None.  All the segments will disappear.

Now select a segment, just click where you know the segment should be and watch for the handles to appear.  With a segment selected set the fill format back to the original colour.  Copy the chart and paste in to Storyline.  Hide the segment by setting its Fill back to none.

Repeat this for each segment in the pie.

In Storyline all will need to do is move the pictures back ward or forward, (Transparency seems to be fine) and set the timeline as required for the segments to appear one by one.

That's a very cool approach.  Never would have thought of that one.

Of course I read this just after completing the second slide with a pie chart and doing it the same way--and with a few more pie slices this time.  Lining them all up as separate pieces was . . .  fun . . .

Sorry I wasn't quick enough of the mark.  Hope it will be of use in the future, and to anyone else looking at doind something similar.

Gerry, you are right in that SmartArt only gives you same-size pie shapes. That's all I needed to recreate the Engage circle diagram. However, I just tried Graham's approach for different sizes and it worked beautifully except for the transparency. Storyline has an option to set the transparent color though, so that fix was super easy. Thanks for the tips, Graham! Gerry, your pie demo looks great!

THANK YOU for this explanation of how to copy the individual segments from Excel to Storyline 2. It works GREAT!

There is another solution for graphs of any type  :-)

Thanks for sharing Stephan :)

I am trying to use te advice above but when I copy my pie segments from PPT into Storyline I am only getting the writing come up not the actual pie segment.

What am I doing wrong?

This thread is a bit dated and I'm not sure if the users are still subscribed here.

You are certainly welcome to reach out to the user directly via the 'Contact Me' option on the user profile if you do not hear back soon.

Otherwise, hopefully someone will be able to chime in with some suggestions/ideas for you.

I have tried but to no avail.

Kindly assist with the same.

Here's what I came up with.

Thank you Russell. You made it look so easy.

Your slicing of pie chart was neat, I tried making the slices invisible but am not able to save each slice separately.

I tried snipping tool but it is not neat like you did. Could you assist me with this.

Then I used the Snipping Tool to grab a picture of the slice.

I brought that picture into Photoshop. Here I crop the picture and delete the white background which makes it transparent. Then save the picture as a png.

Once each slice of the pie was complete, I inserted them into the storyline project.

You are an excellent teacher. I guess I need to learn photoshop.