Hi, I am working on a big project and have been using the method for closed captions shared by Tracy Carroll for the eLearning Challenge #129. In it, a layer displaying the caption is triggered when the user clicks on the image and the captions are controlled by variables set to change when the timeline reaches cue points. See the screenshot below.

It's working great except for some slides some of the time, for two of maybe ten people who have reviewed the modules so far. And I can't figure out what's the cause, so wondering if someone might have any ideas.

The problem is that the captions overlay each other as shown below. Both people said they were using Google Chrome. At first we thought it happened only from jumping around between slides too quickly but the second person says she wasn't doing that. And again, it only happens sporadically.

Anyone have any ideas? 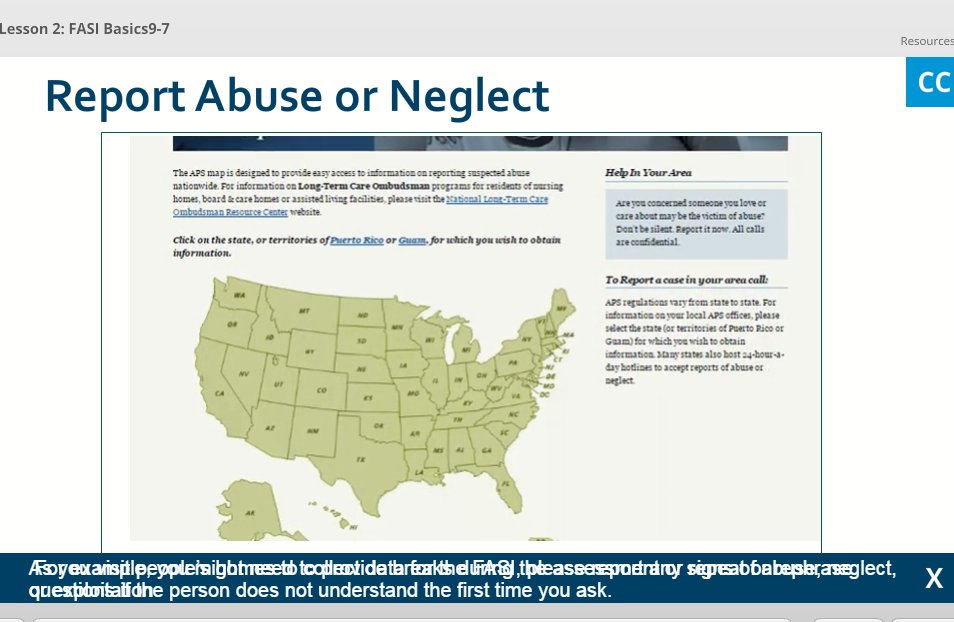 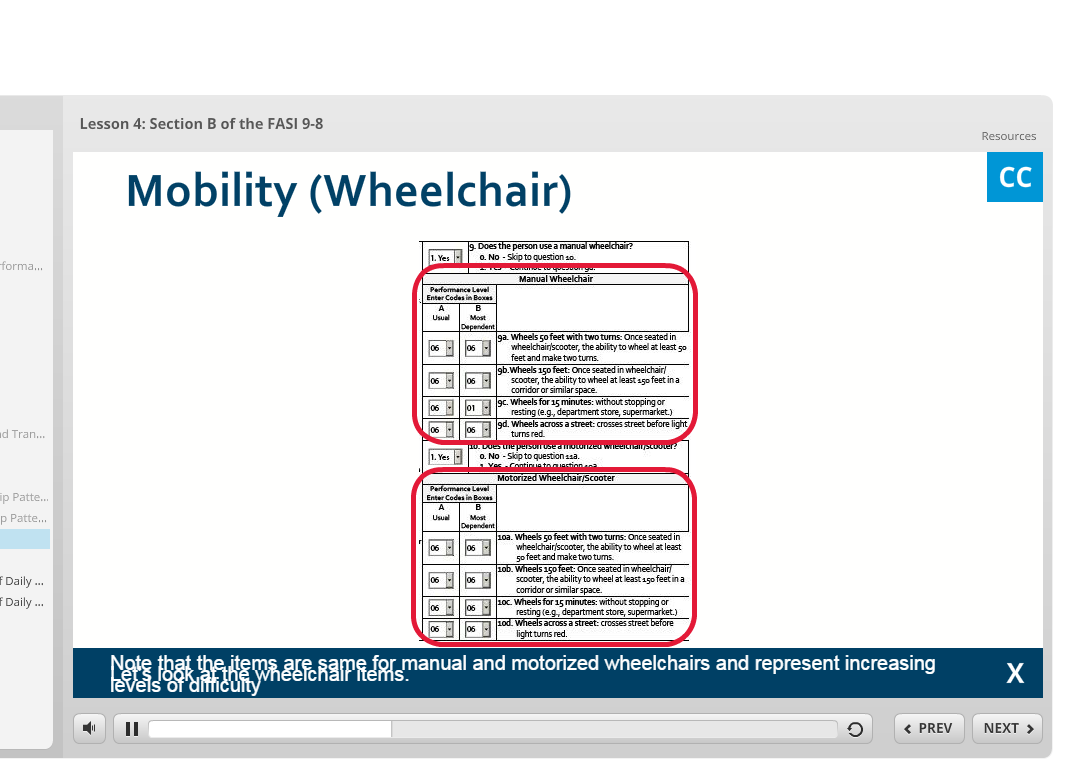 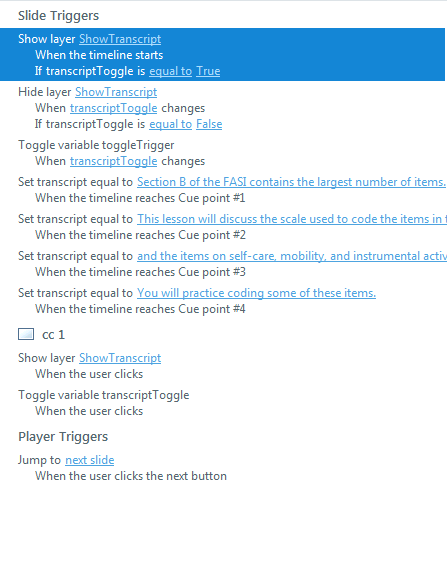 I haven´t worked with cc yet and without taking a look into your storyline file I can only guess whats happening there.

All captions are on one layer shown only when the user clicks on cc right? I don´t see if you are hiding e.g. caption #1 when caption #2 should be shown and if all captions are on the same layer, this could be causing this issue. Could you share maybe one not working slide with us?

I'd agree with Susi's guess without taking a look at the file. Make sure the layers are either set to be hidden by triggers and from the slide properties. If you're able to share your .story file here or even a section of it, our team can take a look

Thanks for the responses! It seems that our testers just needed to clear their browser cache, but I will post again if it happens any more.

Ah, that could definitely be it Laurie - clearing the cache is always a good idea and place to start.

One thing I would certainly do is to take the "Show layer..." trigger out of CC1, and place it on the slide, with the "Hide layer...", and add a condition to it, like the "Hide layer" trigger.

There is a lot to recommend consistency, both in operation and maintenance of programs.