Hiding Layers when Returning to Base Layers

Is there something I am missing?

Any chance you could attach your story file (or just that slide) here?

Thank you Carin - but actually we'd need to see the file with the .story extension (the one you open with Storyline when you make additions or changes to your project).

Thanks Carin! See if this helps: on the base layer of slide 1.1, click the gear icon in the layer panel to open up the slide properties. In the window that appears, use the "When revisiting" selector to choose "Reset to initial state." Does that fix the issue you're seeing? 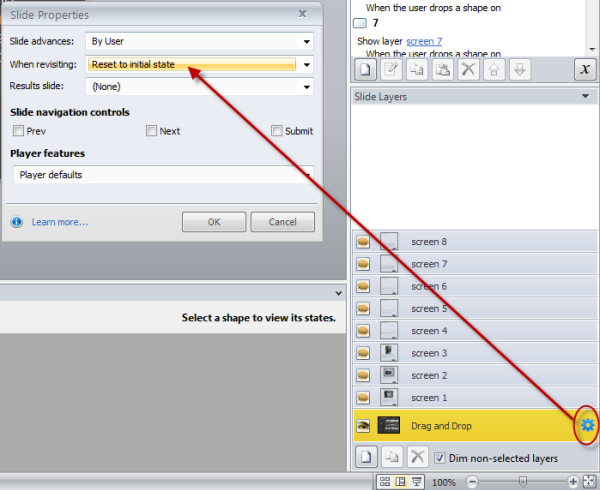 Oh cool! Glad to hear it!