In the new release, after publishing a SCORM 2004 4th Edition course with LMS Tracking set to "Using triggers (e.g. 'complete course'), our system no longer recognizes the complete course signal. We are not using an off-the-shelf LMS, so I need to provide our developers with guidance so our system will work with projects published with the new releases and continue to work with over 1000 projects published with older releases.

Here's a comparison of the LMS Tracking settings in the previous and new release. I've attempted to use the same tracking setting in the new one. 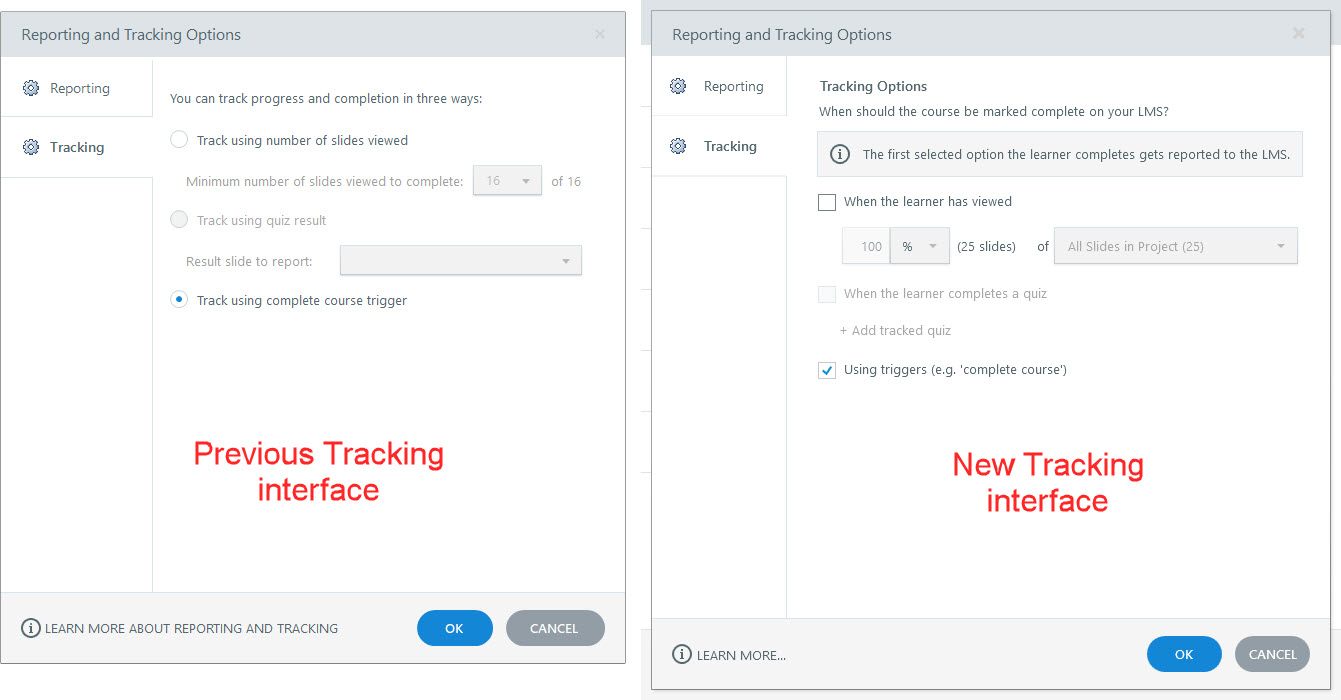 When I ran old and new published output through SCORMCloud and allowed the Complete Course trigger to fire (when the timeline ends on the last slide), I noticed some differences in the SCORM logs.

In the image below, there are 4 new "cmi.score..." elements reported that were not there in the old version above the first instance where "cmi.completion_status" = true

Then near the very end in the "Terminate" = true section, the Score value now equals "0" (zero) instead of "null"

Thanks for reaching out and sharing those screenshots of what you're experiencing! It looks like you've come across a bug we have reported in Storyline 360 Update 44 where:

I'm sorry if this causes issues in reporting completion for your LMS; we're working through this and should have a fix in place for the next update. I'll also pop back in here to let you know when it's ready.

For the new cmi.score statements, I'm going to connect you with a support engineer that can shed some more insight into the change. Be on the lookout for a reply soon!

Thanks for raising this, and let us know if you have any feedback!