What you need is a variable to check if someone opened the layer and that is taken into account as a condition to go to the next layer or not.

In our case we want to check if someone opened the layer or not, so let's call it 'Viewedlayer'. We set it to false by default. When you start the course, the layer obviously is not opened. 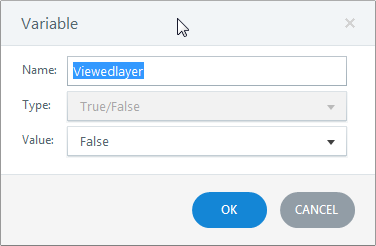 Step 2: Create the 2 conditional triggers that check the value of the variable

Because Storyline is awesome, we can change the triggers on the player buttons. So for our next button we have 2 conditional triggers. One that opens the layer when the value of our newly created variable is FALSE. And one that goes to the next slide when our variable is TRUE.

Step 3: Change the value of the variable when you open the layer

Now you need to tell Storyline to change the value of the variable to TRUE when you opened the layer. You can do this when the timeline of the layer starts. You need to create this trigger on the layer (and not on the base layer). 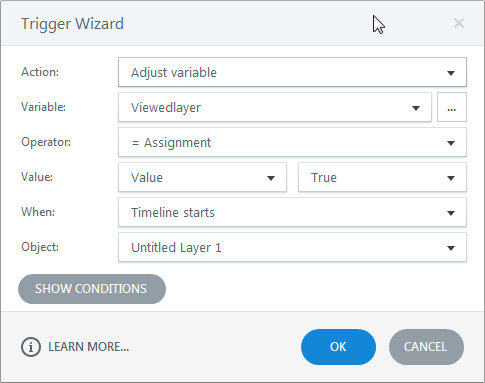 To see it in a working project, open the attachment.

Thank you very much for your clear explanation! I think I get it. I will create a variable.

Glad Cristophe was able to help you here and let us know if you have any other questions!