Is there a dedicated forum thread for feature requests?

I am creating a "personnel review" interaction for a course I'm working on. The learner must click each of 5 characters to read their short bios, then based on that information, they must determine if the character is qualified to perform a certain job. Each character has a placard, initially containing just the character's name. As the learner rates each character as either Qualified or Unqualified the placard expands to annotate the learner's assessment of that character's qualifications (or lack thereof). Here's a screen capture after two of the five characters' qualifications have been assessed: 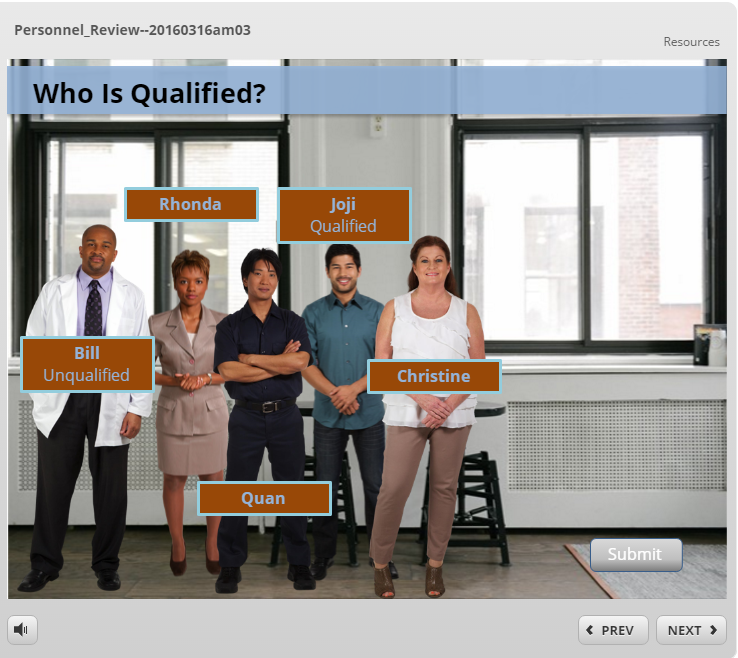 When the learner has rated all five characters, the Submit button "ungreys" (i.e., becomes available). Clicking Submit then takes the learner to a "debrief" layer that (a) marks each of the learner's assessments as either correct (green checkmark) or incorrect (red "x"), and (b) provides some expert explanations as to why each character either is or is not qualified.

Because of the limited screen real estate, I need to put that feedback panel over the front of the characters, and doing so blocks three of their placards.

My solution to this problem was to add motion paths to the placards, triggered with the learner clicks Submit: 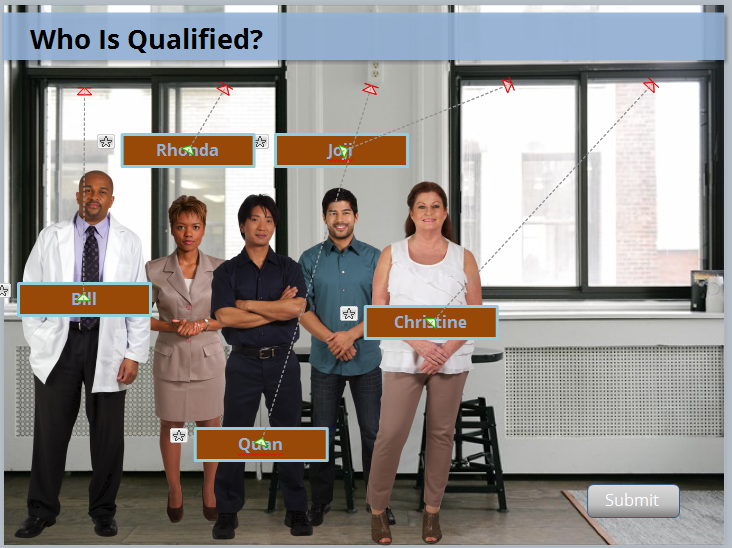 These motion paths move the placards out of the way so they are not hidden behind the large information panel containing the explanations: 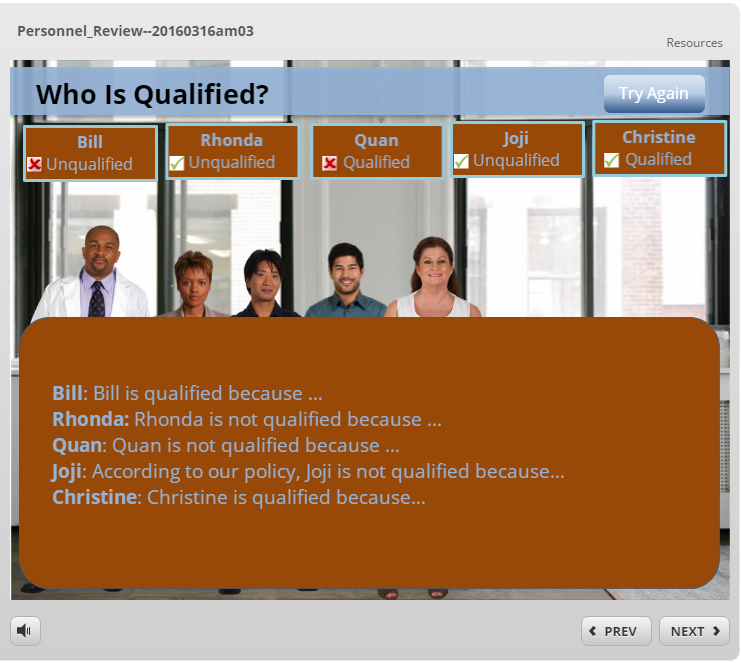 It works more or less as I intended, but it is hard to manually align the destination positions of the five placards so that they all line up in a tidy line and are all evenly distributed across the width of the page.

Storyline has tools in the Format tab under Align (specifically the Align Top and Distribute Horizontally) that allow you to align objects on the screen. However, there doesn't seem to be a way to apply these tools to the destination positions of objects with motion path animations attached. I would like to request this feature be added. Or, if it already exists, I hope someone here can tell me how to use it.

You can submit a feature request here.

I would draw a horizontal line and 5 vertical lines. Once they were spaced where I wanted them, I would drag the endpoint to the corners.

Thanks Michael and Walt.

Walt, your workaround is another way to achieve the same results.

I still think it would be nice to be able to use the Align and Distribute features on motion-path destinations, though, as both your workaround and mine require some careful manual placement to get results that Align and Distribute could deliver more quickly and, probably, more accurately.

Michael, I will post the request to the link you provided.

Thanks again to you both.

Thanks Ray for submitting the feature request, and feel free to keep us posted if you need anything else!