Multiple tests on one slide?

I've created a submit button for the second layer and removed the tests built in 'submit' button,

I thought I attached the submit interaction trigger onto one button with both tests, but when you preview the slide, it's only grabbing the correct or incorrect answer from the Multiple Choice test on the base layer.

Is there something I'm missing that allows the program to link multiple tests onto one slide? Or is this not a feature that Storyline supports?

Thanks for your help,

here's an example of what I'm trying to accomplish...

That's a really interesting question. The default functionality doesn't support multiple quizzes the way you set up your slide. But we can achieve the desired effect using convert to freeform and hidden states. 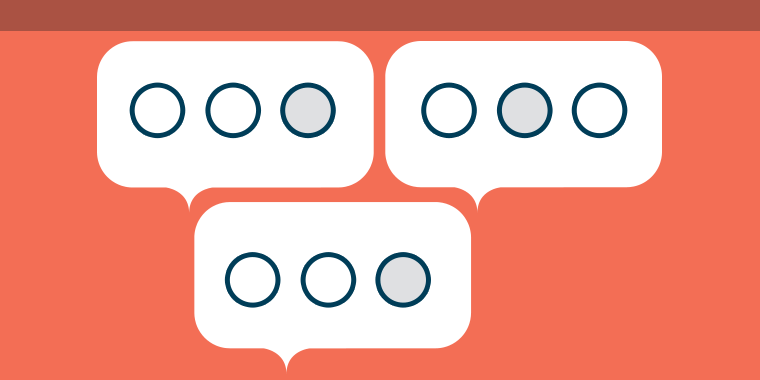 Very nice, thank you! That will definitely work.

Hi David, if you used that method would both answers be recorded onto the results slide and passed to an LMS? I'd like to do something similar. Thanks, louise

Hi Louise - Great question and the answer is yes, they would. Here's a screenshot of how it tracked in Articulate Online:

Hi Jesse - Glad that worked for you. I hadn't tried this in a while so it was fun to revisit this technique.

Here's a quick Screenr that shows how this example was put together:

Rather elegant solution, thank you. I was going about this all backwards.

Love the idea of using states on a shape to reveal a new portion of the screen.

Great video! Thank you! I have a related question though..

In presenter, a quizmaker quiz with multiple slides was registering as a single slide -

It's not causing MAJOR problems, but it seems like storyline is expanding all slides from the quiz -

It's simply a pagination issue but could save me some headache if theres a way to recombine these slides as one unit?

I have a similar situation where I want the learner to complete a PickMany quiz, and then provide a short essay to justify their reasoning.  The essay portion is intended to be relatively short and will fit fine on the same slide, and also allow them to easily change their answer as they investigate their reasoning.  I want their choices and the essay to be reported to our LMS.

I have created a Freeform PickMany quiz and added the TextEntry as one of the choices.  However, when I complete the question and use the Print Answers feature on the results slide (to simulate sending to LMS) it does show what entries I picked, including the TextEntry, but only the name of the TextEntry is recorded, not its contents.

I know I could simply have separate slides for each of these but I think they'll work better together.  I'll keep working on it and let you know what I find.

You'll probably have to create a trigger and a true false variable to get the same check boxes to show selected.

Basically, if you create a test, each answer will have a correct or incorrect variable attached. Then, on the results slide, you'll need to trigger those states that show incorrect or correct by calling up the variables.

Hi Louise - Great question and the answer is yes, they would. Here's a screenshot of how it tracked in Articulate Online:

Are the results of the answers linked by doing this? ie. If they get one of these four questions wrong, will the final percentage be 75% or 0%

Hi Hannah! I noticed that you were pointed to this thread from here.  As Becky shared with you, this example would provide a final percentage of 0%.

I am trying to put 3 T/F and 1 pick multiple answers on one slide. I have the next question reveal when the user clicks on the continue button. The only problem is when they move to question 2 and select an answer, the answer for question 1 will disappear. This happens to all of the questions. I am pretty new to this and am not sure what I am doing wrong.  :(

Perhaps you can share your .story file and someone can maybe take a look

Hi Leslie, Here is the .story file. Hopefully someone has a suggestion to correct my problem!

The reason this wasn't working is because all of your T/F buttons belonged to the same button set. This is a sneaky one.

Here's how I fixed it:

I did the same for the T/F questions in the bottom left quadrant.

Thank you so much!! That is an easy fix now that I know about it. I appreciate your help!

Glad you were able to get the assistance that you needed Melinda. Thanks for the update

Button sets are SO useful - and you're right. Once you know where they are!

I'm trying to find a way that somehow after I drag all the texts from the right in the blue boxes, that it will light up to green the boxes where I put the correct answers.

I apreciate in advance your help.

Have you looked at changing the state of the boxes once the item has been dropped correct?

I am working on a quiz.  I want the learner to use a single image (a U.S. map, let's say) to answer 4 questions of various types.  For example, 1) On which coast is NY located?  (multiple choice); 2) how many states are considered 'gulf states'? (fill in the blank), there are 52 states that make up the U.S.? (true/false).  Is there a way to do something similar to this using this technique?

I am working on a quiz.  I want the learner to use a single image (a U.S. map, let's say) to answer 4 questions of various types.  For example, 1) On which coast is NY located?  (multiple choice); 2) how many states are considered 'gulf states'? (fill in the blank), there are 52 states that make up the U.S.? (true/false).  Is there a way to do something similar to this using this technique?

There may be a specific reason for wanting to have four questions on one slide. But wouldn't it be easier to use the same map image on four separate question slides, OR add the image to the question master once, so that it showsup on the four questions?

I’m in kind of situation, where a couple of check boxes with text entry boxes are required on same slide, just to facilitate the users to mark whether they had completed a certain training on some external system or not along with comments. I hope putting multiple question i.e. check boxes & text entry boxes would solve my purpose here. But glitch here is for printing the results, which I need to state only the check boxes which were marked along with the respective comments. Please help.

PS: I tried go through David’s demo but couldn’t open that web page.