Near Tears Over Narration

So I've recorded the narration for my e-learning module slide by slide.  I played back the narration for each slide, and it all sounded fine.  When I went back to preview the course, the sound track captured each recording even when I started over.  So on almost every slide, I'm getting one recording and then another recording that starts a few seconds later.  I went in and recorded over all the narration.  When I played it back slide-by-slide, it all sounded great.  Then when I previewed the whole thing it included the early recording plus the second recording a few seconds later.  It's a mess.  Can I delete the entire narration track and start over?  FYI:  I checked out the audio editor and that seemed confusing, difficult, and overwhelming to use all at the same time.  I'm at a loss as to what to do.  Can anyone advise?

Hi Joan sorry to hear sound like you have a problem. I don't record voiceovers but would recommend that you record the voiceover in something like audacity or audition.  At least then if the file becomes corrupted you still have all of your original audio files

Thinking about this. If you recorded using the insert > Audio > from microphone, you're likely able to see two audio tracks in your timeline. In my tests, the first is named Audio 1, the second Audio 2. You can hide the layer for audio 1 or just delete it if that's the one you wanted to replace.

As Phil says, I tend to record audio outside of Storyline. This provides a few benefits including the ability to post process with dynamic compression or to batch normalize so that all of the audio sounds the same.

When I make my scripts, I build a 2 column table. The left column isn't very wide, I add the slide or storyboard number here. Then the script in the right column. I read the entire thing and cut it up after. The audio is named by the slide number. This way it's really easy to figure out what goes where.

Hey Joan - Is there any chance you could attach one or more slides from your project so we can take a look?

What would be the easiest way to save a couple of slides and then attach them?
Thank you for answering.
Joan

Joan - You can attach your .story file to the forums using the Add Attachment button. Or you could share with a file-sharing service like Dropbox and add the link in the comments.

Okay.  I've attached a file here if you're able to look at it and see what I need to do to fix the narration.  I've discovered I recorded 2 tracks.  My instructor has told me to go in and delete one of the tracks.  I'm going to go into the file now to see whether I can figure out how to do that and whether that fixes the problem or whether there's something else wrong.

Thank you so much for the help.  After a good night's sleep I'm feeling a little more optimistic.  We'll see how this process of deleting one of the sound tracks goes.

I just posted the file on the E-learning heroes page. After speaking with my professor, he's telling me to go in and delete one of the audio tracks. That may fix the problem. I'm going to see whether that works. If you have time to take a look at a few slides, that would be really helpful and greatly appreciated.

Thanks so much. I really appreciate the support.
Joan

Well, I've figured out that I've recorded three audio tracks inadvertently.  That would explain my problem.  What I'm not able to figure out is how to delete one of the tracks.  I've studied the information on deleting and cropping audio and that doesn't seem to be working for me.  The delete button is grayed out and doesn't allow me to use it.  Likewise, it doesn't seem to work to highlight the waveform.  I'm not getting access to the delete icon then either.  Help.

This is easier than it seems. Open up your timeline. You'll see your older track is Audio 1 in this case. Select the object on the timeline and hit the Delete key. It's gone:) 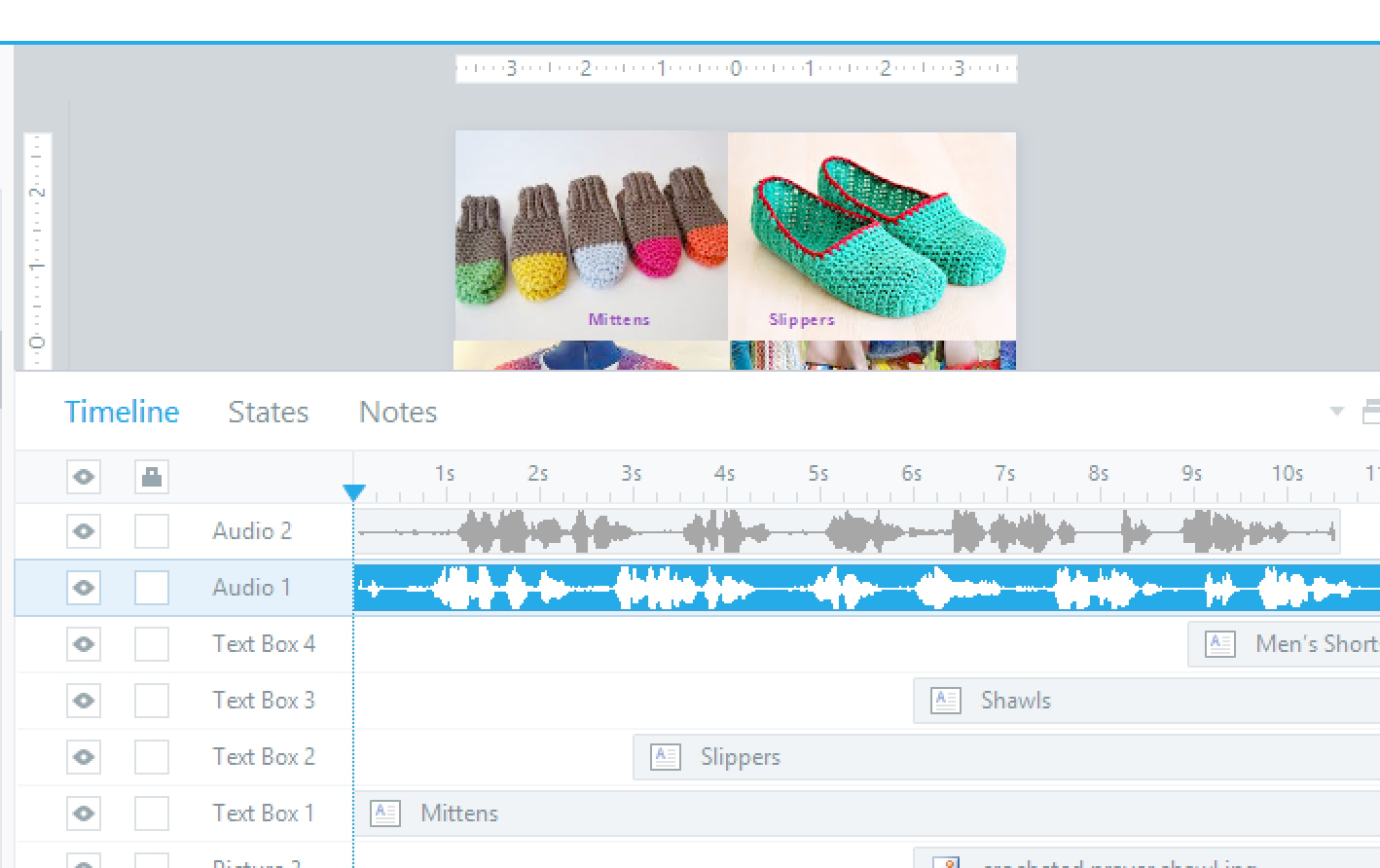 Steve, I've tried this, and I can't seem to get it to delete? So I double click on say Audio 1 and then click delete on my keyboard? It still seems to be there. I certainly believe that I'm making this more difficult that it is. I'll try it again.
Joan

Hooray!  Thank you so much!  I've finally gotten this to work.  You're the best.  Joan

I'm glad Steve was able to assist you  here over the weekend and please let us know if you need anything else.