Possible to Anchor or Lock D&D Items Once Dropped?

Don't seem to find this in the drag & drop options, but can you anchor an item once it's dropped? I'm using a variable (fluidtotal) to count the number of ounces of fluid once dropped on the target. But, the items are still active (that is, they could be dragged out, and then dropped back in thus increasing the variable count).

Since some of these foods/beverages count toward total fluid intake and some don't, I'm already using states to drive a hidden variable (truefluidtotal) that is used in the feedback layers so I don't think that I'm able to use a "Disabled" state once it's dropped. 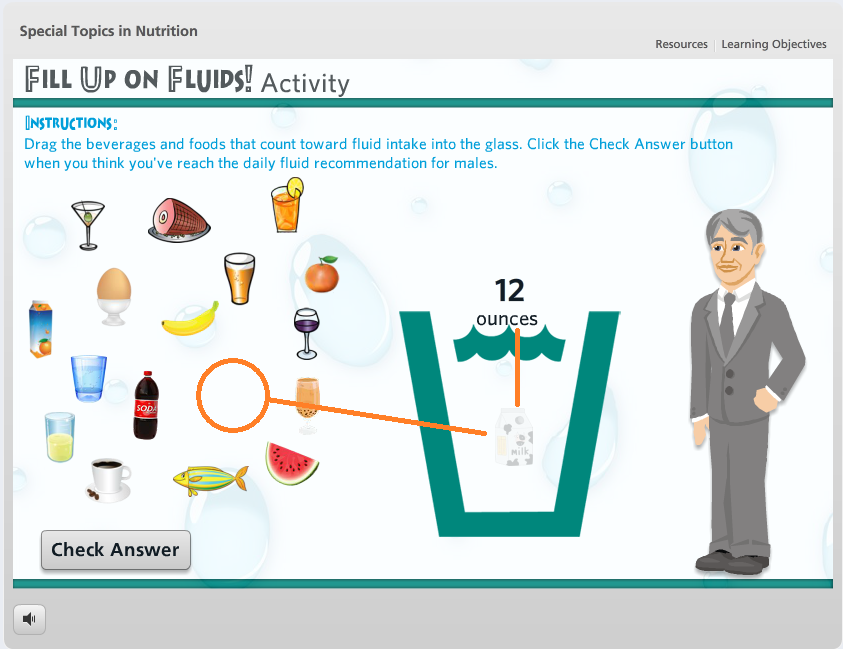 I'm sorry, I should have more accurately stated that I'm also using states to run a T/F variable, so that's why I don't think I can use the disabled state. Below, Picture 2 (beer) is using the T/F variable "wrongdrop" since alcohol doesn't count toward daily fluid. Picture 3 (coffee) uses the variable "truefluidtotal" since it does count toward daily fluid. One of my feedback layers shows if "truefluidtotal" is equal to the recommended fluid amount, but the user has also dragged some fluids that don't count (i.e., "wrongdrop" variable = true).

So, I didn't think I could use the "WrongDrop" state and the "Disabled" state at the same time. (?) 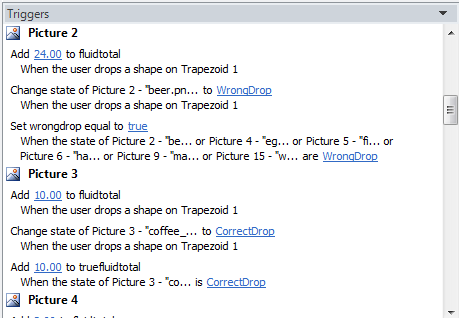