Scroll bar trigger works in SL 3 preview, but not in LMS 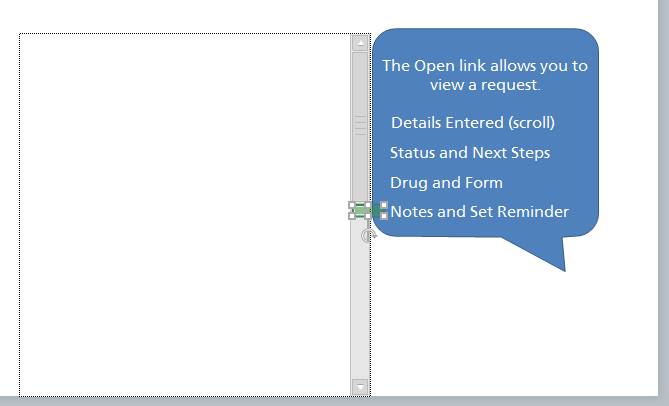 I have a scroll bar with the following trigger set to change the state of the item in the blue box to show that the learner has completed that task.  It works in the preview, but not when published.  The other tasks change state fine with a "user clicks" object trigger.

Trigger: Change state of Details Entered to Clicked (specific state created with the strike out  font) when Mouse hovers over Hotspot 1.

The big question is why does it work in the preview and not in the published form. This is not the only trigger I am having issues with.   LMS IT has already done its "magic" to make sure it works in Chrome and IE.

You mentioned the slide works correctly when previewing, but it doesn't work when you test the published output in your LMS. That's certainly a red flag, so I'm glad you reached out to us! Specifically, what web browsers have you tested in? Does the slide work correctly in any browser?

I'd love to help you test this further, if you don't mind sharing this slide with me. You can attach it to a new reply here or send it privately. Thanks!