We have some mini Storyline 2 modules that play well on iOS and Android smartphones, within our own native and web apps (i.e. we are not using the Articulate apps), and they also run without any problems on Nokia 9-series Windows devices.  We've not yet tested them on any other make of Windows phone.

When we try to run them on 6- and 8-series Nokia phones, they launch, but don't render correctly (see image 1 below) and don't run.  The phone also prompts you to search for an undisclosed app (see image 2 below), using a paid-for app that I don't think would help us much. In fact, regardless of whether you say "Yes" or "No" to the app request, the module still doesn't run. 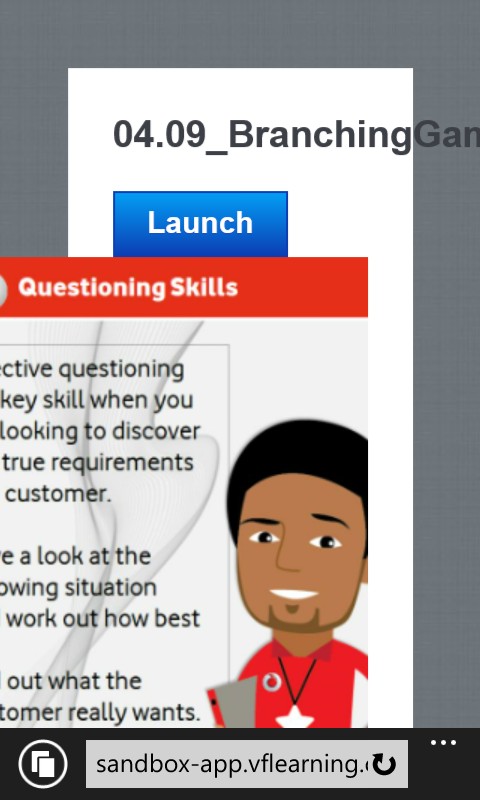 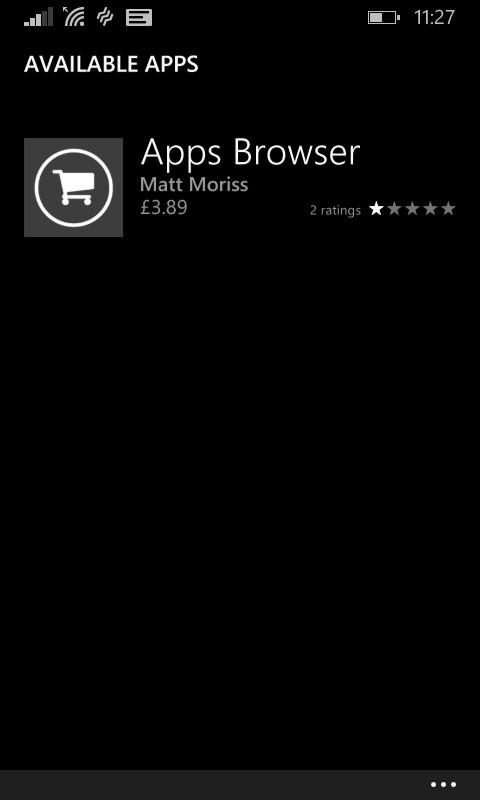 Has anyone else managed to get Storyline 2 content to work on all brands/versions of Windows smartphones?  If so, how?

What might be in the Storyline file that triggers the prompt to use another app in the 6- and 8-series Nokia devices, but doesn't in a 9-series?

Hi, Tim - Unfortunately (if I am understanding your issue correctly), we do not support using your own native apps, but hopefully someone in the community can chime in with some assistance. Here is some additional info on System Requirements.

Thanks, Christie, for your quick reply.  Yes, I can appreciate it is difficult to offer support for content that it deployed within a native app - and I also realise that we might be pushing the boundaries of Articulate's mobile capabilities, but if you - or anyone - can let me know if the HTML5 mobile version should play OK on a Windows Mobile device when launched directly from a website (URL) - that is outside of any app - that would be valuable in helping us to troubleshoot.

Hi, Tim - Per our current system requirements, HTML5 is only supported on Mobile for: Safari in Apple iOS 7 and later, Google Chrome (latest version) in Android OS 4.1 and later, but if you would like to see other mobile devices supported, you would be welcomed to submit a feature request.

I dont suppose theres any update to this ?

We've got an HTML5 course which seems to be running fine on iOS/Android but now the customer has tested this on a Windows phone and is having major issues.

So from the above are Windows phones still not supported ?

That is correct Paul. As Christie mentioned above, if you would like to see other mobile devices supported, you would be welcomed to submit a feature request.