I've run into this issue a couple of times and I'm curious to see if any other Storyline 360 users are running into it. When I preview or publish a course, some slides display a spinning cursor, which disables the user from clicking anywhere in the presentation. 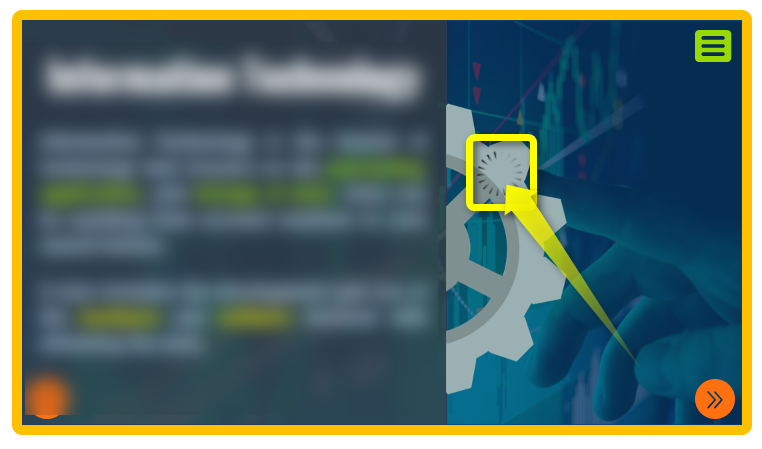 I've found that it's typically the slide before the one displaying in the preview or published file that is causing the error. I've sent previous errors to Articulate support and the answer was that the slide somehow became corrupt, with no notation whatsoever.

Is anyone else running into this? If so, do you have a better workaround than the suggested "from scratch" approach?

No problem Don! Just let us know if there is anything we can help with. Glad I could at least be a tester for you :)

Thanks for the helpful info! I was also encountering the "spinning wheel of death," but was able to resolve the problem when I looked at the Accessibility options for each image, as Soren Birch suggested. I unchecked the box by "object is visible to accessibility tools" and that did the trick. Thanks, Soren!

That's great Katy - thanks for chiming in to share.

I've got a similar non-stop loading graphic, but it's happening in a published course (not preview) consisting of a Studio 13 PowerPoint imported into Storyline 3. The Flash output plays fine, but the HTML5 output won't load--I only get the spinning graphic. I tried Soren's fixes by eliminating any nested groups and checking the accessibility Alt text. I did a ton of these types of conversions last summer with no problem so I am baffled. Any ideas? I've been searching the support forums without luck. Time to submit a support request?

I think taking a look at the file would be helpful. You can reach our support team here.

Thank you Renee, you just saved my life today :)

I had several projects with spinning wheels on different slides. I deleted and recreated the corrupted layers (those with nested groups) and it works now!

Glad to hear this, Florence! Identifying the cause of corruption can be hard, but some common causes are detailed here.

I'm having an issue with a slide that won't preview in SL3, originally created in SL2, with a group of 2 images with a trigger imported from another slide.  Whatever happened to this issue?

Does the slide not preview at all, or are you seeing the error message that Soren saw where it reads "Slide target not available in Preview"? Could you share a copy fo your .story file with us so that we can take a look?

Hm, perhaps this means you now have content on your slide which in some way or other is corrupted, or at least no longer recognizable by SL3 due to inadequate conversion during the SL2 import. First step is to hide each object on the timeline and preview, one by one, until you find the culprit.

Then if you manage to get it to preview, and have identified the object - or objects - you must reimport them from your local drive, if you can find the original material.

In my case it was objects with embedded metadata from Accessibility features in PowerPoint that somehow made Storyline 3 choke and die.