I had a story which was behaving normally, and now, the character interaction used on my objectives screen is not behaving the way it once did.

The character moves from one state to another, but now, their head appears misaligned. See below. I've tried several different fixes, but nothing seems to be working. Suggestions? 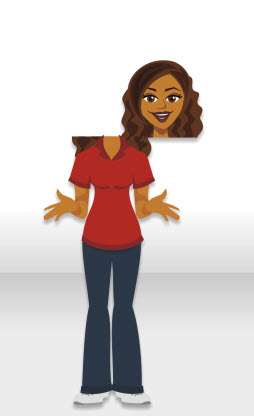 Are your display settings set to DPI 96?

If not, you may experience erratic behavior, such as:

*  Elements of the application are misplaced or distorted.

*  Objects are misplaced or distorted when previewed or published.

*  Font sizes are incorrect after using the translation features.

Is it this one file only?  Are other characters behaving the same way?  If you create a new story file and insert new characters do they have the same behavior?