The text is being entered (it will be a fair amount, perhaps ten lines), and appearing where I want it to appear in a later slide, but the text is appearing as really really tiny where it is inserted at the reference point (if that makes sense)

If I just enter a few characters in the text entry box, it appears as the right size on the second slide..

When I put a lot of text in, on entry it is about point 12, on insertion on the second slide it looks about a point 6.

How can I tweak this so that the text size stays the same?

To retain the text: create a variable using the X button to the far right and bottom of the Triggers panel. Assign the text input area to that variable, then later in your story, display the variable using the %VariableName% method. Next perform the following for both the input text box and the display text box.

Right click the text box and select the Format Object menu item, you will see a Text Box tab in the properties dialogue. Use these selections to have the text box resize to fit the text rather than the default of having the text fit the box.

I found, and attached, a story file that addresses both your issues. Inspect it for your solution.

Unfortunately this didn't help at all. 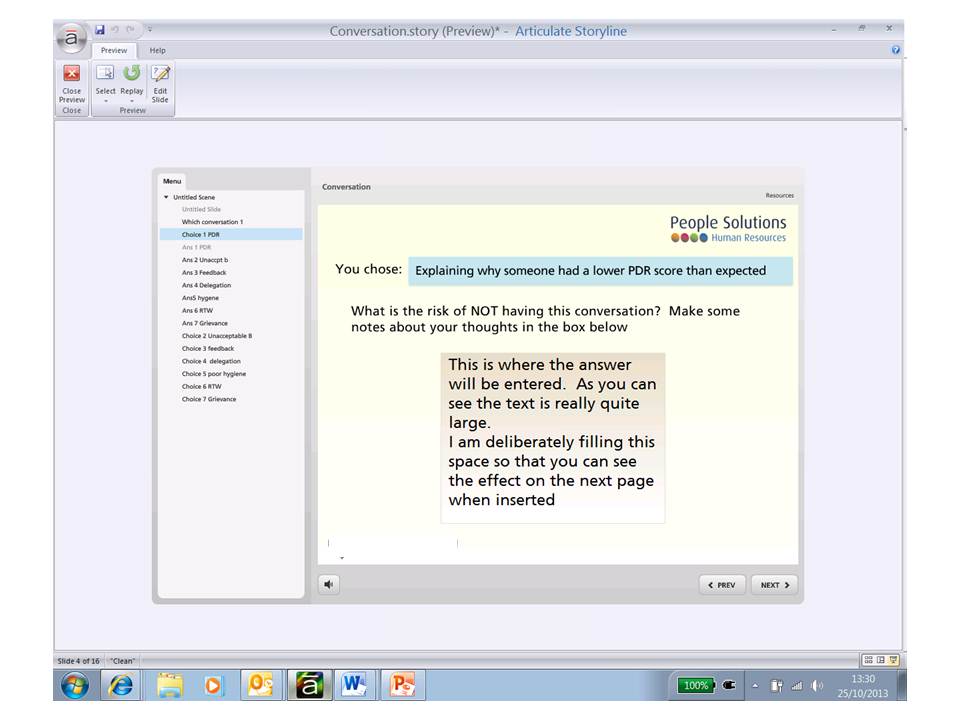 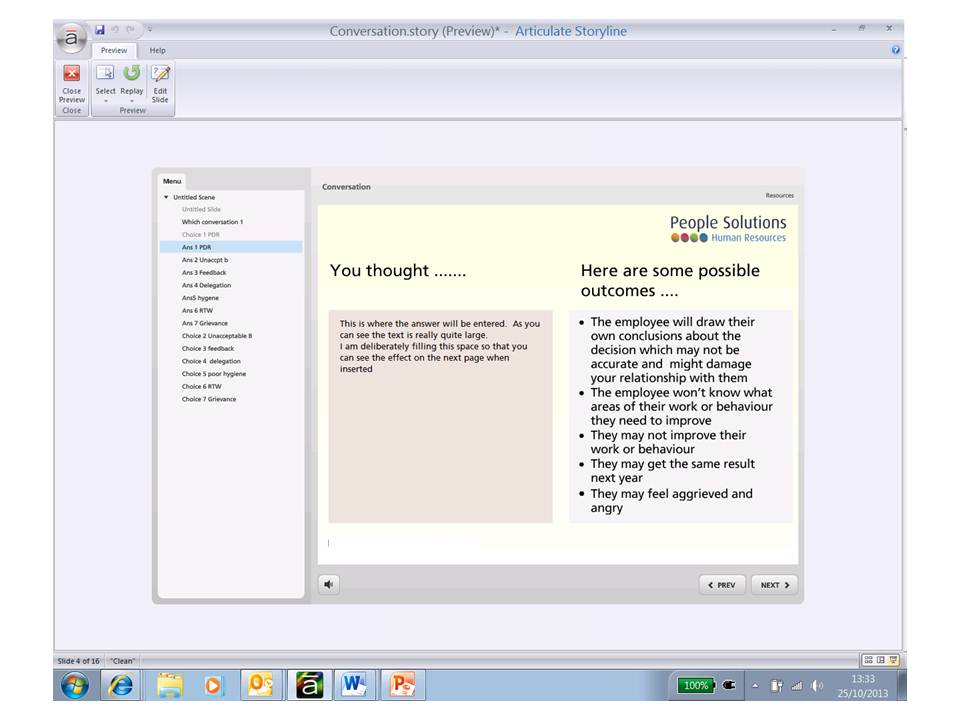 As you can see, the text once inserted through %VariableName% is being entered as very small

I've tried changing fonts and it doesn't make any difference.

Are you able to share your .story file here with us? Dennis's solution of changing the text formatting within the initial entry and where the variable is called should rectify the font you're seeing - so if we could take a look that would be great. If you'd prefer to share it privately you're always welcome to share it here with our team.

Maybe the attached screen shot will help you.

1. Create a text box and enter a variable name in it.

2. Right click the border of the text box and select "Format Shape" form the menu

3. Click the Text Box tab and change the Autofit selection to meet your requirements. 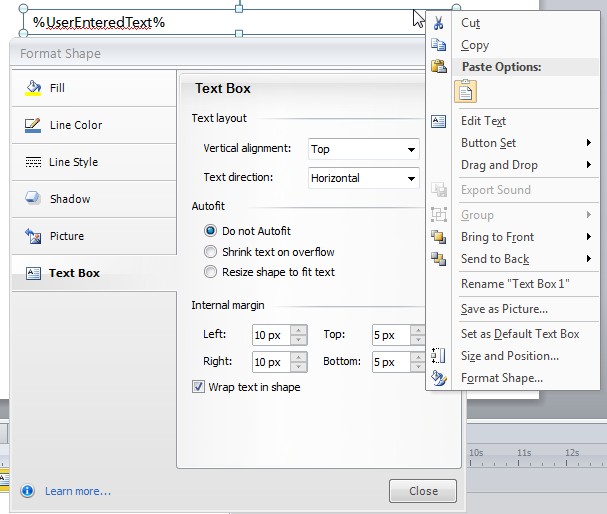 Thanks Dennis - I always think pictures are helpful.

Thank you for all your suggestions - Dennis and Ashley I really appreciate you trying to unpick this.

I have got this sorted out now...... I think it is the fact that my text entry box will contain about ten lines of text in it that was throwing everything out.

I got around this (with help from John Say in Articulate Support) by expanding the %variable% box so that it was about three times bigger in length than I actually needed.   This had the effect of making the text much bigger when it was inserted from the text entry box........ not perfect but a real workaround for me.

Thanks Peb for the update! To get you started on your next question, I wanted to point you to this post on how to disable the next button until a user has interacted with all elements of the slide.