But not sure how to fix the problem.

Hi, Keith: could you upload the slide so we can see exactly what you are talking about? If not perhaps a screenshot of your slide and triggers panel would help.--Daniel

I agree with Daniel, this one is hard to diagnose without seeing the .story file here. Even if you can offer a stripped down version (without your content if private) that'll help us get a sense for what's happening.

Keith, I think you need to control your buttons by an offstage object, rather than having them be displayed when the timeline starts. See this example here. I updated an old file I had with some audio for the main menu. Then I added an offstage object that starts at 5 sec, which either shows the normal state of a button (aka section has not been completed yet) or its "complete" state. This way, the buttons are consistently displayed at 5 sec into the audio AND shown in their correct states. Hope that's what you wanted 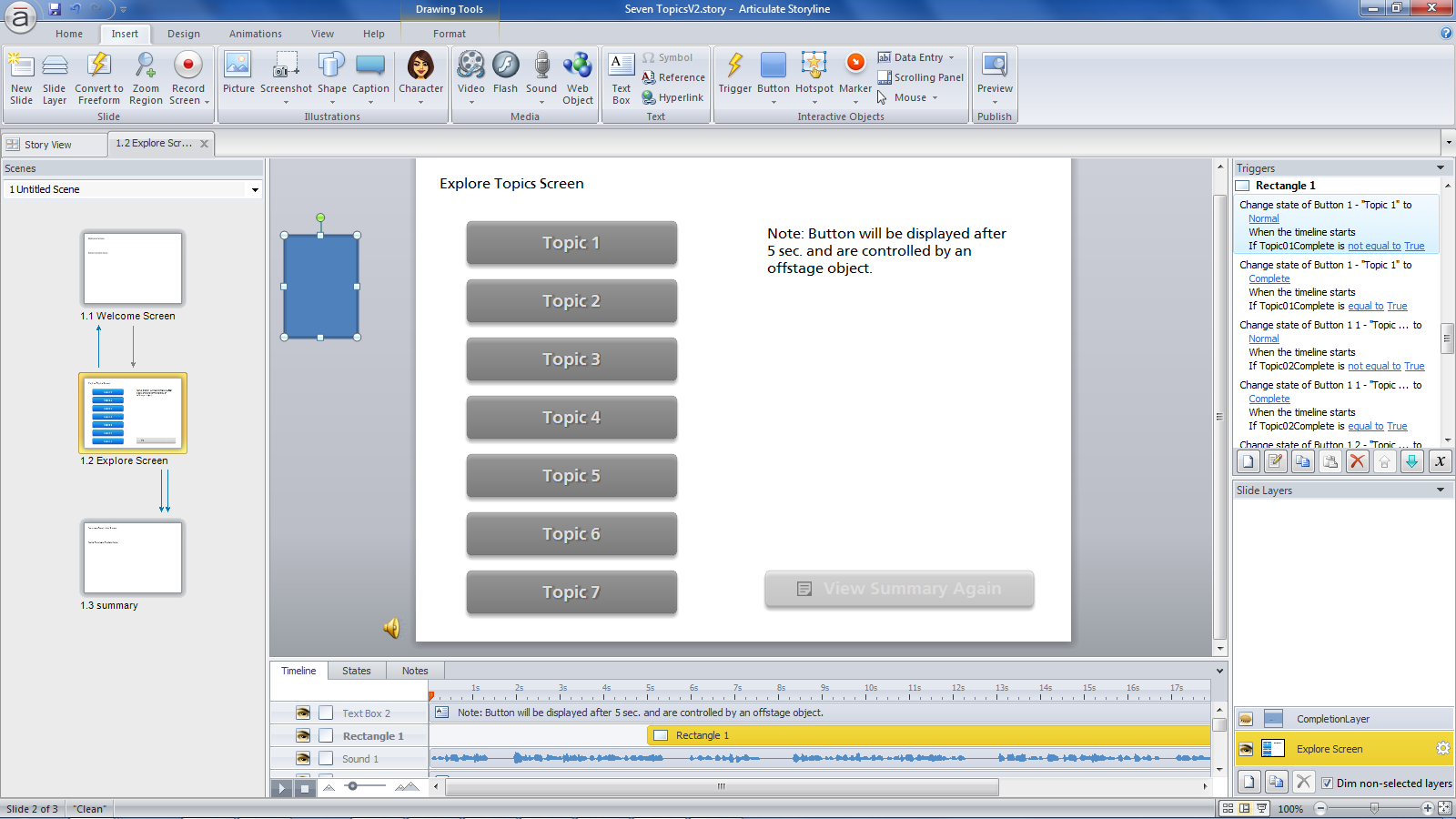 Nice Michael, thanks for sharing!