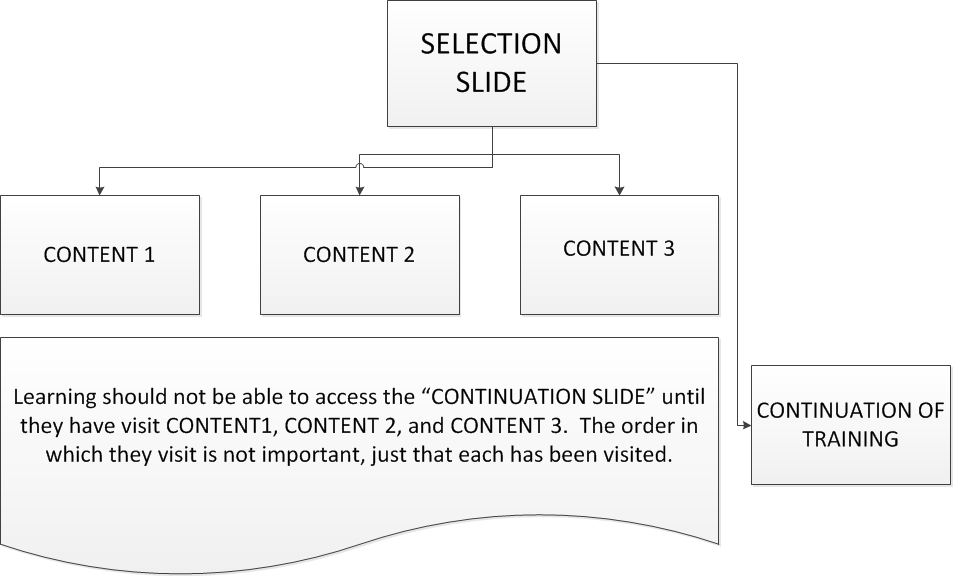 The images shows what I want to achieve.  I want to the give learner the ability to choose what content they consume first.  So in this example I have three pieces of content that need to be consumed.  I do not want the learner to be able to move on in the eLearning until they have visited the three slides.  I was playing around with variables, but had difficulty getting the variables to act correctly, and then had no idea how to create a variable that looked at the other three with an AND statement.  Maybe I am over complicating this?

My end thought was that once all three variables were met, a layer on the main slide would become visible with a button allowing them to move forward.

See if Dave's demo and tutorial here help you out.

Let us know if it does.