Anyone found a use for the "Scribble" tool?

The "Scribble" tool is found under Insert -> Shape -> Lines -> Scribble.  I'm sure many of you are familiar with it, which let's you draw a freeform scribbled line on the screen.

Question is, has anyone used it for anything in a final published version of a project?

The tool is hard to control while drawing and ends up looking very ragged and rough.  No one I know who uses Storyline has been able to control it well enough to draw a line that looks like it could actually be used for a project.  It's appropriately named "Scribble".  So question is... does it have a use?  :-)

Maybe it can be used to write/scribble a note on a screen that will be deleted later?  Or to intentionally create a picture in the course that looks like a child's drawing?

The only things I've drawn and used in Storyline are custom freeform hotspots (which is it's own separate tool).

Hoping this brings up some insightful (and humourous) responses and stories  :-)  Not meant to be critical of Articulate's efforts in anyway, just genuinely curious of the "Scribble" tool's use!

Once I used it to create custom button shapes for a game and shared it here.

Very nice. Thanks for sharing! That's a good, and creative, use!

Yes, I use it occasionally. When there is a complex diagram and you want a custom shape over part of the diagram, it's often the only way to achieve it.

For example, let's say you have a picture of a sun: 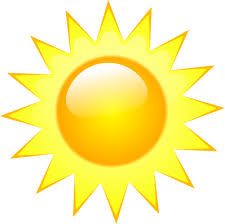 Obviously this is a silly example, but hopefully it helps clarify how this tool can be used.

Oh... and to further clarify... I don't every use the freeform hotspot option as hotspots aren't accessible. That's why I use the scribble tool instead.

Nice, thanks for sharing that sun example. Seems like a good way the scribble tool can be used.

Also what did you mean by the scribbled shapes being accessible?

Definitely make the scribble shape transparent. It's hard to get exact shapes, but when it is transparent you can often get it close enough that normal people won't notice any slight discrepancies. When doing this, I'd zoom in as much as possible to make things easier.

Regarding accessibility, in this case I'm talking about having the object visible to people who use screen readers. So for example, if you were blind and completed one of my training courses, you'd still be able to navigate the course using keyboard shortcuts and by having your computer tell you what it can see on the screen.

Hotspots are invisible to the screen reader, however transparent shapes are not.

For a quick intro into accessibility, see here.

You can be more accurate by using a tablet with the scribble tool!

Good to know. I don't see a windows based tablet in my future though...

Sorry, I meant a graphics tablet, I use one from bamboo, this is the only time I ever pick the pen up to be able to use it.

Gotcha, I used to have one of those years ago (as a mouse replacement when struggling with RSI), they are handy for the occasional thing but unless your an artist, they are more annoying than helpful!

Thanks Matthew,  this does give some ideas on what the Scribble tool can be used for, and in what kinds of situations.  I understand accessibility but just wasn't sure what you meant about how you used the shapes you made with Scribble.

Thanks Matthew and Phil for providing some insight on how you use the Scribble tool.  Sounds like it can be useful for certain situations :-)

Personally, I've always opted for the "Freeform" tool because it lets you draw "point-by point". Depending on how many points you make a shape with, it ends up looking more smooth than the shape made with Scribble (for me anyway).

Maybe it's just my personal preference since Freeform is similar to the Polygonal Lasso tool in Photoshop, which I'm used to using for creating shapes / tracing around edges.  Everyone has their own preferences.