ELC 314 - How Designers are Using Interactive Maps - March on Washington1963

This week's challenge was to build an course using Interactive Maps.

My project included the sights and sounds that a resident of Oakland, California may have encountered as they trekked across the US to attend the 1963 March on Washington.

How it was built

I knew I wanted to build a project based on Black History Month.  I began by researching the date of the event.  I then brought up GoogleMaps and mapped out a trip from Oakland, CA to Washington, DC.

I downloaded the sound track from videos posted on YouTube for each of the songs I wanted as MP3s.  This took awhile.

Once that was complete I needed to find 25 stops on my map from Oakland to DC.  I added stops along the way that I thought would be logical, plus some others just so we could visit a number of states along the way.

Once the stops were all marked on my GoogleMap I took a screen shot of the map.

Next I searched Google for pictures from 1963 at each of the stops I had selected on my map.

Once I had collected the pictures, I collected a few pictures of the March as well as created an MP3 of the "I Have a Dream Speech"

I was now ready to open Articulate and create my project.

This was fairly straight forward.

Design an opening screen as well as a Master Page

Design the travel screen, using a slider, and my map, along with a layer for the first stop

On the layer I included a photo, a description of the location, and the name of the song playing.  I simple audio trigger and I was ready to duplicate my slide for each location.

On each layer I would just change the picture, song, description, and move my little VW Van down the road. 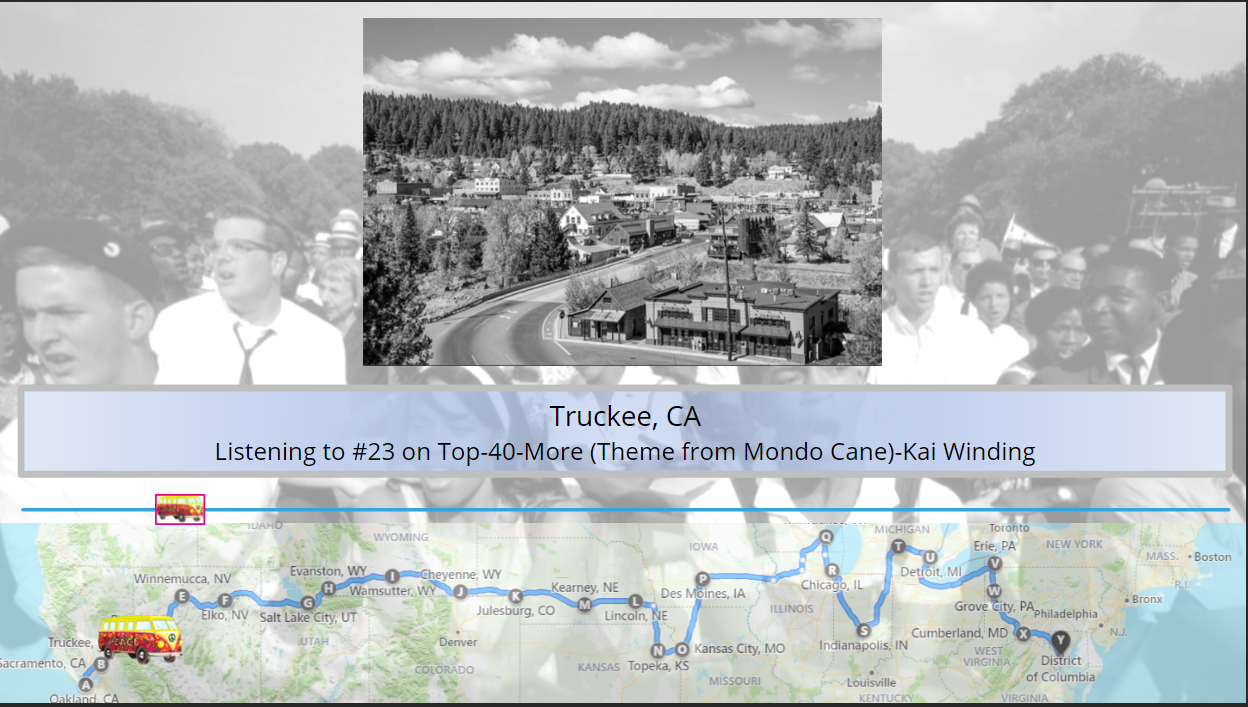 The slider setup was pretty easy. 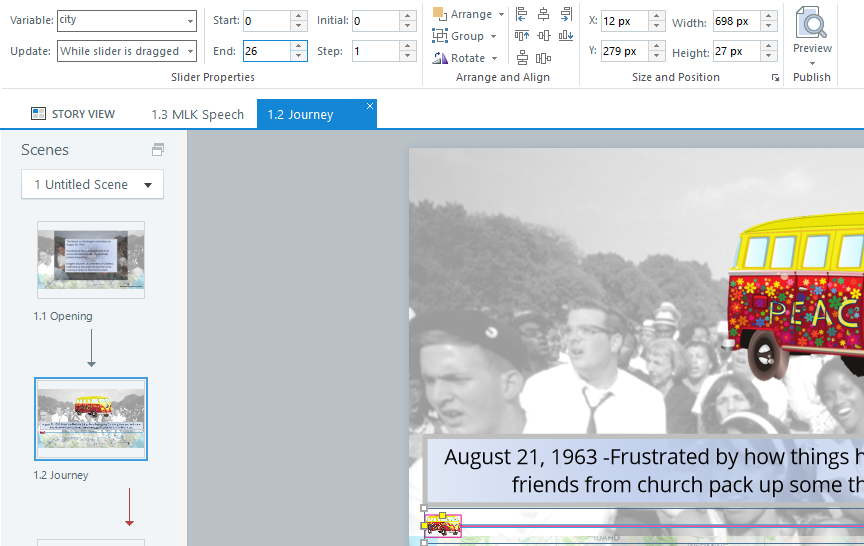 One step for each location plus one on each end.  The thumb is a picture of the same VW bus.

Hope you enjoy this and learn something from it.

Hey Ron! I love this road trip idea! I appreciate the time you took to pick the music. I know that can be time-consuming! It definitely added to it. Thanks for sharing your example and the background behind it!

Thanks Sarah!  I appreciate how you take the time to always let me know how I'm doing.  It means a lot to get positive feedback from the articulate Team.