Freeform drag on to multiple drops, with advanced placement

At its most basic this is easy to create but instead of having the dropped objects stack up on the drop targets I would ideally like to find a way to display them in some kind of column format. The attached graphic might better explain:

a basic dragging of multiple objects on to multiple targets, in this case two.
each dropped object gets stacked, which works but.....
What I'm after is applying some kind of layout adjustments so that all dropped object can be seen rather than stacked? 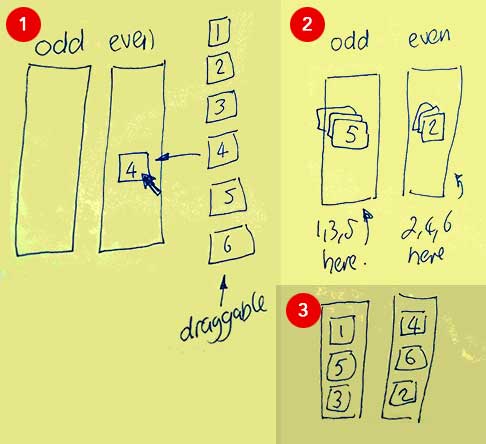 Does anyone have any ideas?

Have you explored the drop target options, e.g. Tile or Stack Offset, as described here under Step 3?

stupid i is, all I needed to do was set the drop target options to tile!