Give the student control

I teach courses online and have done so for several years. A few years ago I was teaching for a small university on the east coast. The course I was teaching at the time was an undergraduate Cyber Ethics and Security course.

For this particular course I decided to use an interactive scenario to assign the student writing assignments. So I built an interactive scenario using Flash, because that’s what we did back then….build all the cool stuff in Flash, and had the student go through the scenario, make decisions, and based on those decisions the topic for their writing assignment was determined for them.

How they answered the questions (accept, decline, fill out a survey, etc.) reflected their own attitude towards cyber security and as such the topic for their introductory writing assignment was determined by those answers. This method received very favorable comments from the students in the end of course survey since it made the topic very realistic and something the student could relate. This of course is a key principle in all types of training, not just eLearning.

As I said this was a few years ago and I’ve since stopped teaching that course but I recently came across the old Flash files for the interactive scenario and thought it would be a good exercise for me to rebuild the activity using Articulate’s Storyline 360 as an HTML5 based multimedia activity since Flash has died.

Here is a link to the rebuilt interactive scenario built entirely in Storyline 360 as an HTML5 product. 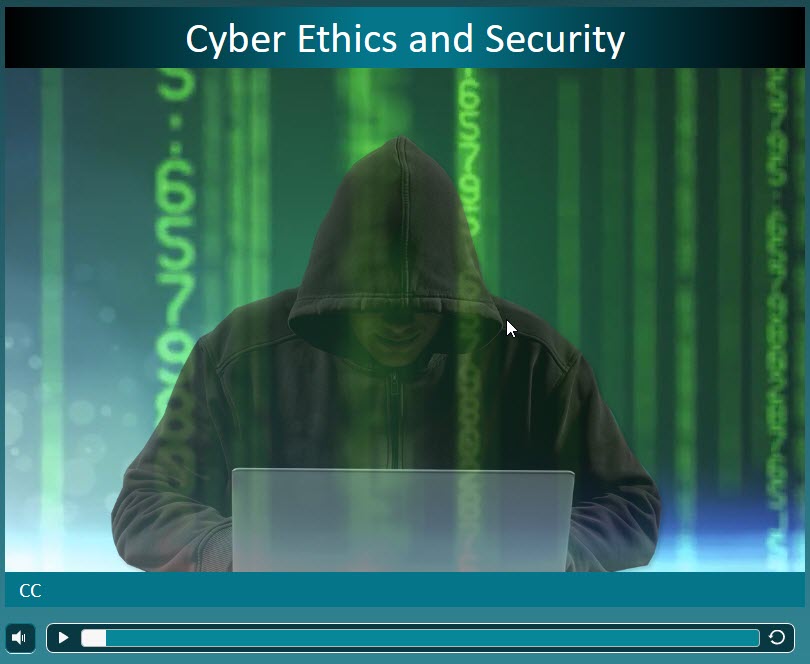