How do I reorder/change the number of scenes (not slides)?

I am using the menu feature in the player and the chronology of my project is all over the place in the menu because although in STORY VIEW my slides are ordered correctly, they are shown in the Menu of the Player according to the number in which they were created; so, for example, Scene 1, Slide 1.1, 1.2., 1.3, Scene 20, Slide 20.1, 20.2, 20.3, Scene 3, Slide 3.1, 3.2 where it would be great if I could just rename Scene 20 to be Scene 2 so that when users are following the chronology of the side menu on the player, they would see a sequential list and not be bouncing around the menu. 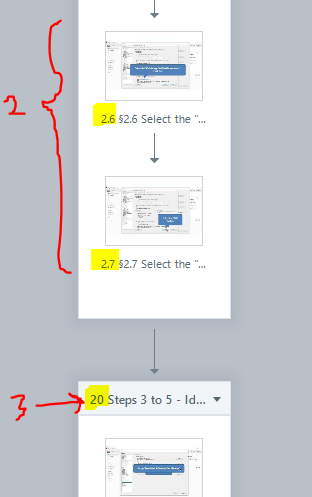 I am not sure how else to explain but it causes me a great deal of work to work in the Player and manually move scenes to where they belong on top of setting up the triggers for each, and having to go back and add the slide numbers to the title of each slide so that the user sees the number in the Player Menu.

Any help on this would be greatly appreciated.

An example of a project that has this issue

We get that question all the time! Check out these steps to see if they help you!