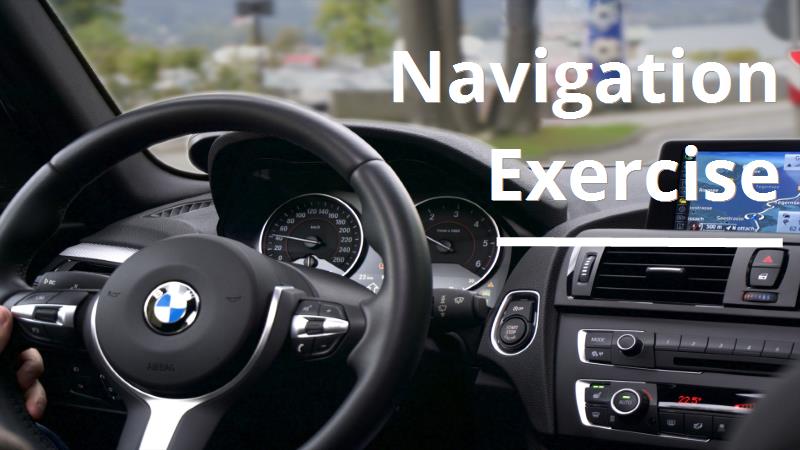 Worried that my son was losing the art of visualising or even finding his location without the aid of the Internet or a SatNav I decided to replicate an exercise I undertook in the military.

In that exercise my class was shown a video and we had to follow where we were on a map (how quaint!). This was a precursor to acting as a navigator whilst another drove and eventually to navigating whilst I drove. Oh and communicating by radio and following a target simultaneously!

At this basic level the video timeline is paused to enable a question to be answered but more difficult versions could include non-pausing video, timed questions and more complex questions.

How did my son get on you ask? Disappointingly well actually! He got lost on the first attempt; followed the journey accurately on the second attempt and answered all questions correctly on the third attempt. Not sure whether this indicates a marked improvement in his navigation skills or his short-term memory but at least he persevered until he'd cracked it!

Update: Several commenters have provided feedback on Articulate Review that they did not know what to do - passively watching the video and realising nothing was happening to the map.

This is a map reading exercise so you need to manipulate the map (zoom/drag) to follow the video journey. At various points the video will pause and a question asked to confirm that you have the correct point on the map.

Nice job Sam. I wrote a few comments when I watched. I also have a GoPro that I'm working on a few things with. Hopefully will post it when I have more times. Thanks for sharing.

Thanks Richard. I'll respond to your comments in Articulate Review.

Sam, sorry not seeing your comments in the review.

I can see your comments now.