I've been tasked with re-vamping a new hire orientation program. I would love to get some advice from more experienced IDs and eLearning Specialist since Im new to the field and want to do a great job. Using Storyline and PowerPoint

Hi, Shannon: A few general suggestions based what IDs often do with new hire training:

1. Create a few characters who perhaps go through the training together. What I'll often do is have two characters converse about a subject (in particular the questions they have about it/where they are confused), and then spring into content that answers those questions.

2. You often see in new hire training a sort of "geographical" navigation: the learner takes the elevator to various floors for various parts of the training. Or makes progress by hitting various checkpoints on a map (Check out the work of Jackie Van Nice and her drinking game that was the subject of an elearning heroes Challenge last year).

3. Of course, you often see scenario-based questions. These can be short. Set up a situation based on the content ("Clara is an employee who...") and then ask, "Given this situation, what should Clara do?"

Daniel nailed some of the biggies for sure. Also, as an ID remember how overwhelmed the new employee is likely to feel. Overload is a bigger concern during this time more than any other.   So make liberal use of reference-type materials, checklists, etc that they can access beyond the course itself.   For example... don't expect them to remember who to call for what, instead create a reference for that information then teach them how to use it (via some of the excellent examples detailed in Daniel's post).

Try also working with short videos. For topics like presenting the company's story, mission and values a good, short video can go a long way as an alternative to text or ppt presentation.

You can make very cool and funny video using tools like PowToon and GoAnimate.

Thanks everyone!! Great advice.

Hi, Shannon: Bob makes a great point above. Do your best to place the
material in bite-sized chunks so as not to overwhelm. The job aids,
checklists will also help to this end. You might even state a few times in
the course, "We don't expect you to remember all of this, so we've placed
the crucial information in the X location...."

Our corporate New Hire program is a 2 hour webinar, and it seems to work well providing the basics all employees need to know. We follow up with resources and check in at certain time intervals. Additionally, most of of our Business Units have their own "Orientation" to on-board their employees as well.

A couple on-boarding themes I have seen were quest-based: a passport activity where they collected stamps for each section of content, another was a cruise ship exploration activity.

If you haven't seen Trina's new article on this, you should check it out since you're the inspiration for it!

Thanks, Allison. I wouldn't have seen this, but for you. --Daniel

Thanks Allison! I probably wouldn't have seen it either. :)

I glad someone got some ideas from it. Just started a compliance course that is scenario based and occurs in an elevator-love it!

I was recently contacted by Chris Dick out of Australia who happened upon this post and the passport activity. His client wanted learners to have questions disbursed int content and earn a stamp for each question answered correctly.

At my company, MUFG Union Bank, N.A., we did create an onboarding for our IT group. I shared some of the programming and concepts I used for the course with Chris.  It had some complex programming and my client was supportive of the "fun" aspects and very pleased with the final product. So here's the original synopsis:

"We allowed learners to choose a passport book color and photo if they desired (or they could skip). Learners earned a stamp for each section they completed (this happened regardless if they chose a passport color and character.)

The course uses variables for the names and JavaScript to display the current date (a nice option). There are several true/false variables that indicate when each of the sections are complete. These variables are triggered by the next button on the last slide of that section. Once back on the passport slide, triggers change the states of the passport color, character, and passport stamps based on the status of those variables. 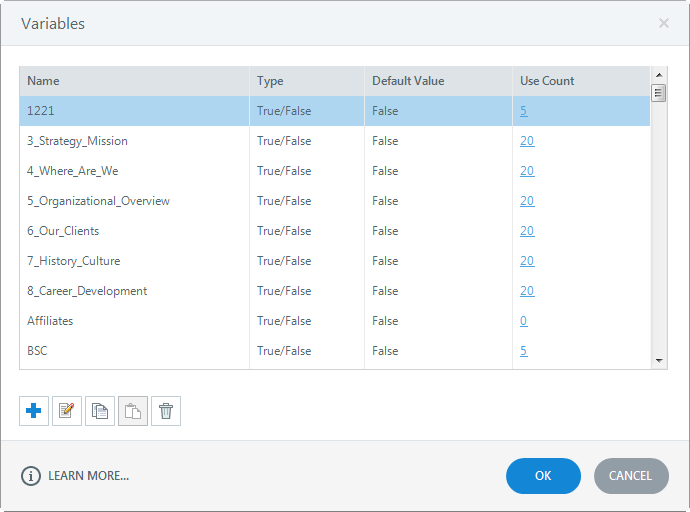 This screen sets a variable to true, when the learner selects either Red or Blue. Then triggers display the correct color based on the variable that is true (only one will be true).

The characters work the same way, only they are in states. When the user selects a character that sets a variable for that character to true. On the passport slide a trigger changes the state of the character to the one that was selected, based on the true variable (only one will be true).

Notice on this slide that the characters that were not selected are unhappy.

Here we are storing the First and Last Name Variables to be used later.

The passport color and character displayed here are based on the variables “Blue” and “F1” being equal to true. We are also using the name variables (User Name) and javascript (Date).

The passport stamps are triggered by variables when the learner returns to the passport screen. 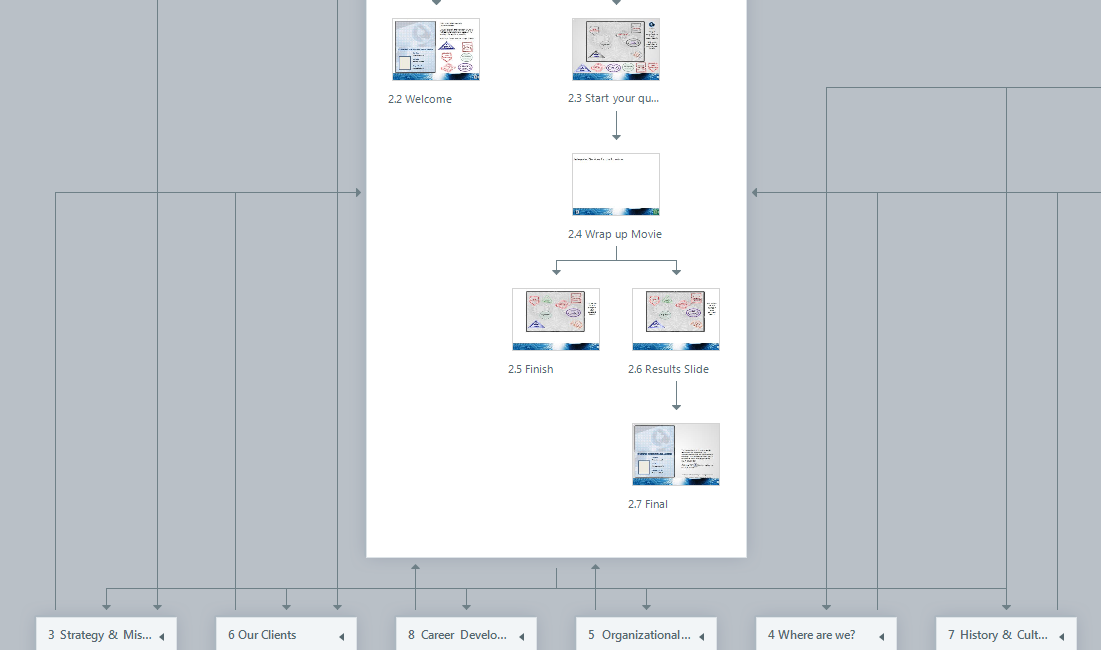 At the end of each of the section a trigger on the next button changes the variable (true/false) for that section. When the learner returns to the passport screen a trigger changes the state of that section’s stamp to Normal (viewable) or complete based on that variable being true.

When the learner completes all sections a trigger signals the next button to appear. This takes them towards the end of the course."

After a couple emails I realized it might have been a bit too complex of an example, and sometimes simpler is better. So in an effort to help Chris achieve his client's goals for a passport activity, I stripped down the programming to the basics, I came up with 2 simple versions that can be easily modified.

I felt it was only fair to share them in the forums, since I have received so much inspiration and troubleshooting from community members over the years. It has really helped me elevate my skillset! :)