Playing with some game concepts. 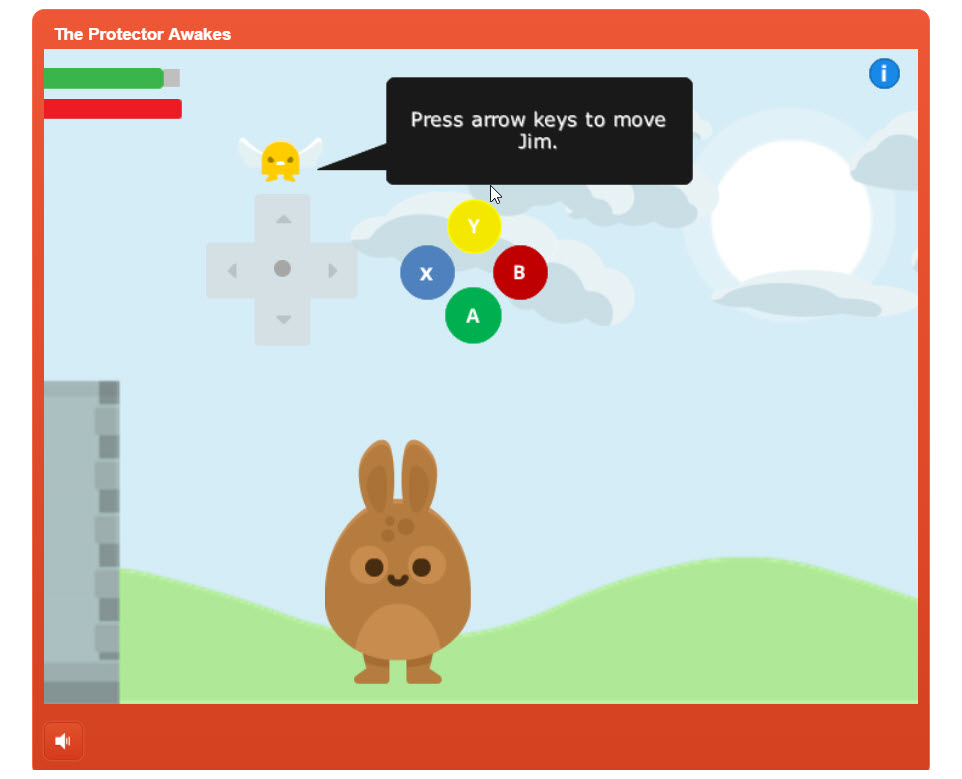 This is more of a work-in-progress experiment. I started playing around with some different concepts borrowed from games and different techniques to simulate movement. In the first part of this demo, I borrowed from the Tell-tale games for the Xbox where you a have choice of responses to the dialogue. I a controller system and track the responses with variables.

In the second section of this demo I played around with a side-scroller type functionality.  Here, instead of using motion paths to move the background as we have seen from some other amazing demos, I just use a slider for the background and can go back and forward and also trigger events based on the slider variable - the nice thing is you can trigger different things going back as you do going forward if you want.  I have also fooled around with continuous movement like a toggle as opposed to a click to move, added a stamina bar that goes down as you move and can be re-filled at various points of learning, and tried to build in a bit of a learning narrative and objective through the idea of a journey.

I still need to include a lot more interaction and refinements but you get the idea.

You can find it Here.

I will be posting some videos soon to show a few things that I have done in here.

This looks like a really positive start- I like your use of motion paths and the number of branches you allow. You could maybe look at using some keyboard triggers as well as the onscreen buttons- I pressed Y on my keyboard more than a few times before realizing I had to click on screen! Storyline allows you to add a 'When user presses a key' function which could be really handy for this project.

Keep up the good work!

Thanks Lewis. Yes, that is definitely something I thought would be great to implement.

I am working on a course and want to add gaming functionality to show the (fluctuating) health of a character, similar to your approach in the upper left corner. How did you set it up?

Hi Jeff. That sounds great. I used a slider and replaced the button with that green graphic you see and made the boarder and track transparent. I then I move it by steps revealing the blank area. All you have to do is subtract from the slider variable when you want to reduce the health. (in this case I reverse it so I actually add a number and it moves the slider.) i also use it when battling the spider every time I get an answer right, spider's health goes down and when i get it wrong my health goes down. It is a great way to show health.

that is the basic idea but the stamina meter is a bit more complicated since I lower it with a timer every so often.

When I get a chance I will try and do a video to demonstrate...but gotta earn some dollars first... ;-)

This is a great lead for me -- thanks very much. I'll play around and see what I can accomplish. Thanks!