My scene has seven interactive objects (images). Each object is equipped with a hover state that makes it glow. When clicked, the object reveals a slide. When the slide is finished playing, the user is returned to the base layer.

^ This is not a problem.

However, i have also set a trigger for each object that changes its state from 'normal' to 'visited' when clicked, but when the revealed slide is done playing and the user is returned to the base layer, the object is not in its 'visited' state, it's in its 'normal' state.

you don't need a trigger for a built in state - SL knows what to do automatically and sometimes creating those triggers can cause issues.

Try removing the visited triggers and see if that works - if not,  do you want to upload your story file - easier  for someone to help if they can see your setup.

Yes please! I'll send you my scene and please take a look at it. It's been
through so much haha My ultimate goal is to have the 'continue' button reveal once the user has explored all the objects.

Here is the story file. Thank you for your help!

I have also tried to solve my problem using variables. I feel like i've read every article and watched every tutorial that might be able to help me, but still i'm stuck. Thanks again!

nothing attached...just click the Add Attachment button at the bottom of the post and browse to find your .story file

Sorry about that. Let's try again.

on the base slide where you have all the objects you don't need to repeat those on each layer - that is where one issue was.

I have removed all the objects from each layer that don't relate to that layer, duplicated the glowing state and called it hover so you don't need the hover triggers, and it appears to be working as you want.

I have so far only checked the filing cabinet and clock but here is how it appears now those two layers have been displayed - the visited glow state is on.  Sorry I don't have time to check all the others (as they are driven by the layer audio and timelines.

If you can check to see if all is working - if not let me know where there is still an issue.

I also didn't see where you had a trigger to change the state of the Continue button from disabled to normal when all object states are visited (sorry I may have deleted that in my earnest to clean up) so you will need to add that back in.

Also I didn't know what the v1clock variables were being used for so I left them on the layers. 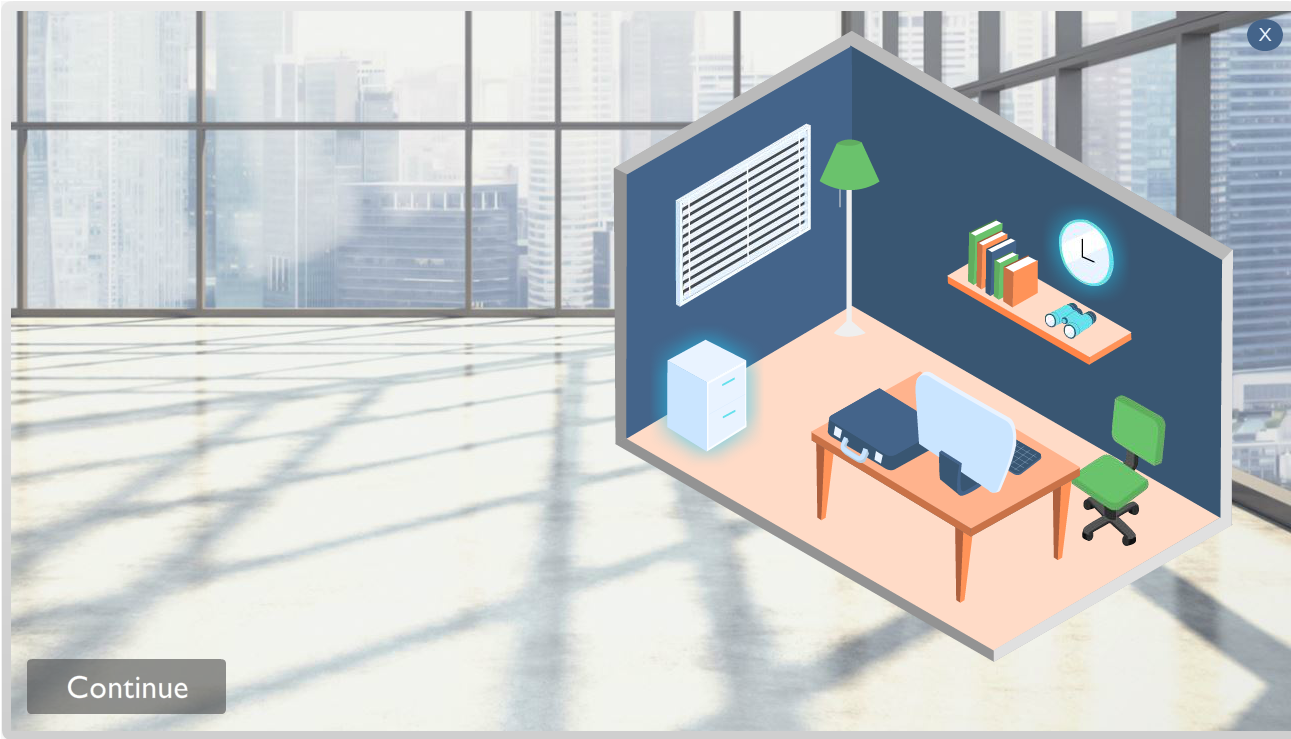