Gabrielle Schofield posted a great Minimalist Glossary for Storyline 360. I'm using SL 2, so decided to try my own.

The glossary slide has a base layer (with the alphabet buttons) and in theory one layer per letter - though in this example I only created layers A through E. 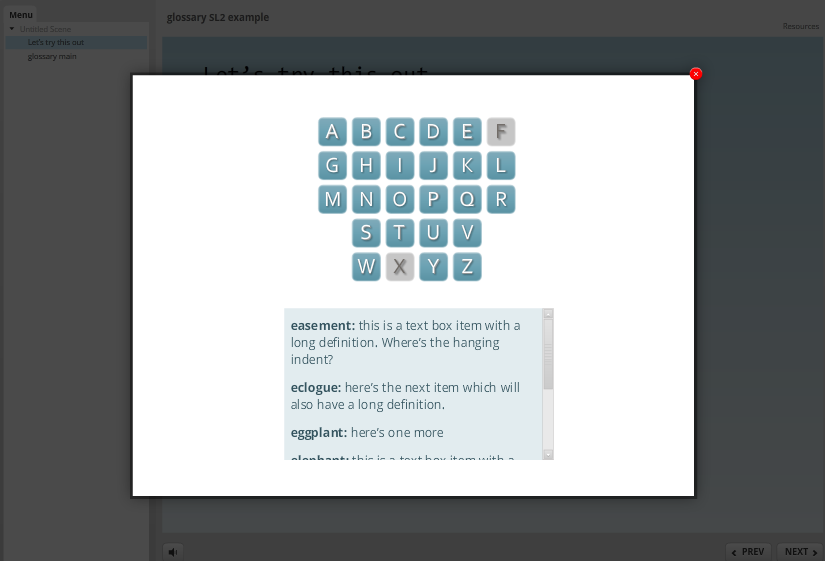 If you don't have any glossary terms for a letter, set its default state to disabled, as I've done with F and X.

Thanks for sharing this cool template, Dave :)

Thanks for sharing and It's look pretty good, Dave

thanks so much for sharing - i was looking for ideas to explains terms and definitions.

Thanks for sharing, Dave!