I built this over the course of 4-5 days using Storyline 360.

First I built the graphics in PowerPoint.  I used states to change the pictures.  I was trying to do a traditional downward scroll but the triggers seemed to be to complex.  I settled with the current interaction. 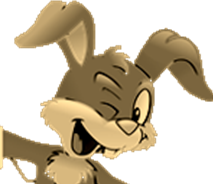 I originally had 10 different characters to put on the wheel.  The triggers got so overwhelming that Storyline was not doing the calculations properly, so I started again.

After much experimentation I found that 4 characters on the wheel for 3 lines and 5 columns was sufficiently entertaining.

My next challenge came with WILDS.  I really wanted to use them, but the targets became too complex again.

So my lesson learned is about scope.  You can create a fun game, with great interaction, sound fx, animation which is engaging   The key is to limit your scope.

Sound FX are from Freesound.org

I will provide a blog post later with more details.

Great job! It's so cool that you were able to create something so complex after only using Storyline for a few days. One thing I would suggest here is to add instructions. I wasn't really sure how to play!

Thank you, Allison.  I added instructions at the beginning per your recommendation.