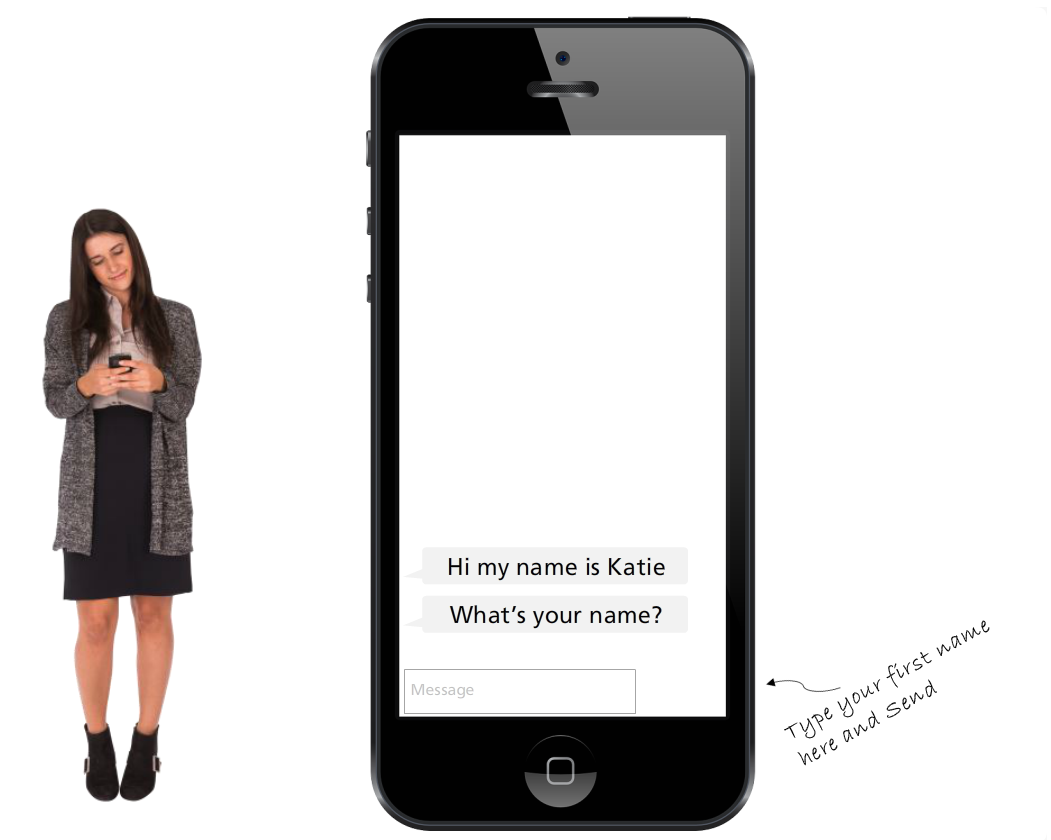 Recently I built an interaction that simulates texting with an on-screen character name Katie.  This sample is fairly simple and quick as it's only a demo asking for the user's name and storing it on a %name% variable.   However, you can probably see the potential for this to become a medium to engage and survey the learner and collect the answers on multiple variables.

I'm providing the .story file as well but, the following is a quick description on how it was built.

I think in terms of ideas this interaction can be a good opener for courses and to mimic a conversation with your course characters in the context of today's learner habits.

Did you see the one with the computer desktop, is pretty much as the iPad, hope you like it too.

Hey Dariela, yeah, I find your iPad sample to be the best one because of the use of the hand as interaction.  They are both very good samples, keep sharing.

oh thank you so much, you are the first one to say that, and yes I will... I like to spend time doing this

And thanks for sharing!

Thank you all for the feedback!