I have been spending the past few weekends testing the game making capabilities of Storyline. I have tried to test this by recreating the classic video game ‘pong’ with a soccer theme. I have created this using a combination of motion paths, sliders, triggers, variables and motion paths. If you want to have a deeper look at how this was created I have included the source file at the bottom of this post. 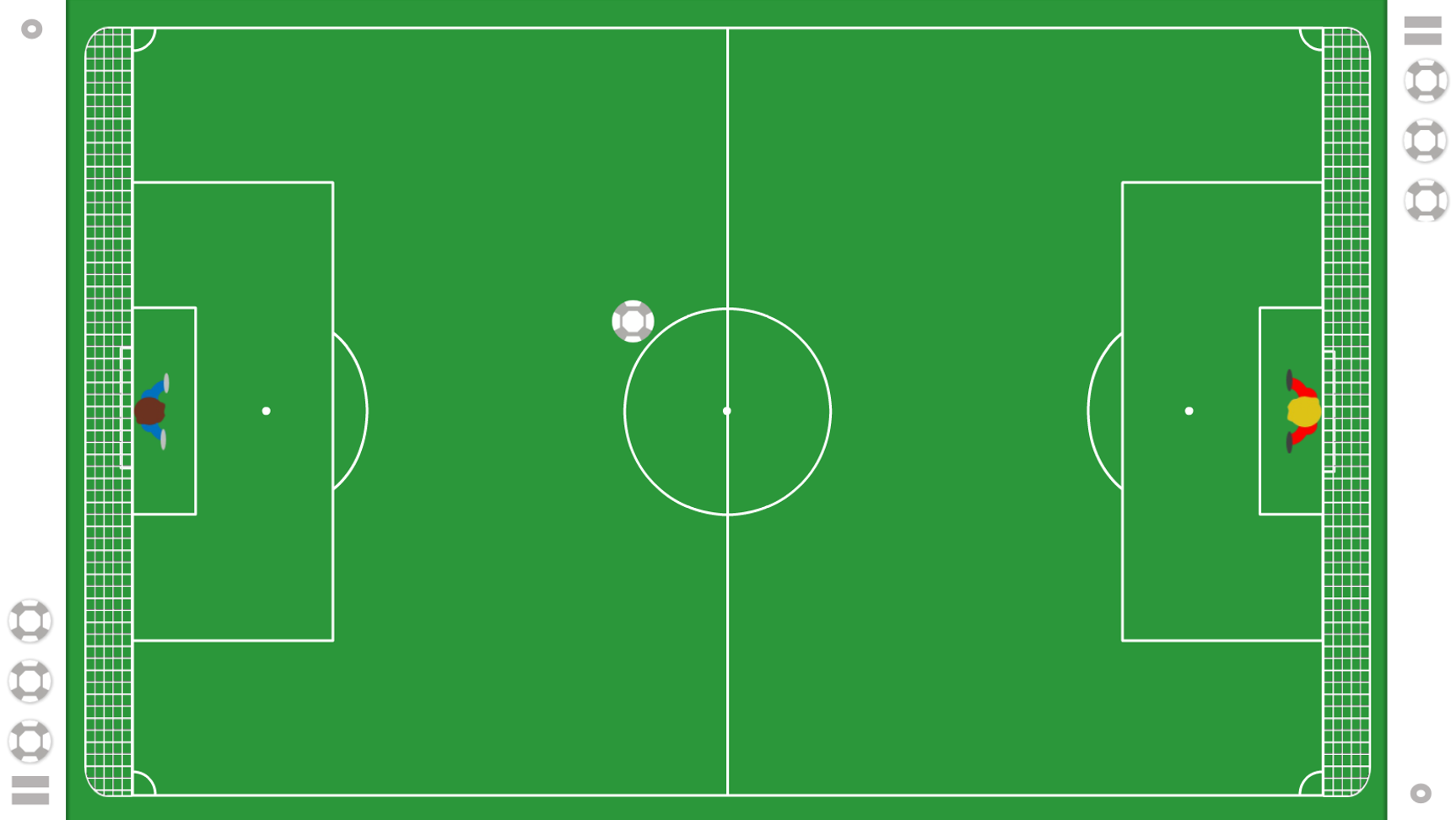 I have created two game modes in this game, the first is a single player version where the player will compete against a computer opponent which has been programmed to make mistakes on random turns. The players score is then uploaded to an online leader board.

The second version is a multiplayer version which I originally intended to be a game for a tablet. Whilst testing this I have come across an issue for which I have not yet been able to find a viable workaround.

The two players control their goalkeepers by using two sliders at both ends of the screen. Whilst Each slider works on their own, storyline will not allow multi touch input meaning that only one of these sliders can be moved at a time. This has meant that when player one is holding down their slider, player two is unable to move theirs. For the PC I have been able to use a workaround where the players can also control their goalkeepers using the keyboard, but this will not work when it is being played on the tablet. I have tried disabling the slider when it is the opponents turn as well as having a transparent shape masking the slider as well, however when the user is already holding down their slider, I cannot find a way of then allowing the other user to move theirs.

Can anyone think of a workaround for this?

Hi Jordan, what a fantastic work! I didn't know Storyline can do this, you are a genius.