The community value is at least $900

Lectora has launched a Presenter competing product (and a bit of Quizmaker), focusing much on a smear campaign against Articulate, as you can see from the presentation page.

As can be seen from this video, it is basically a Presenter clone.

That said, even if the product quality and versatility are the same of Presenter (and I have my strong doubts), it does not certainly have the integration with its potential "emulators" of Quizmaker and/or Engage.

In addition, it is missing also one important thing: we, the heroes!
I think we (and primarily the great guys Tom, Jeanette and David) make a plus to the right value of the articulate Suite. 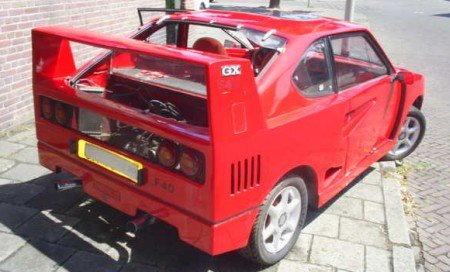 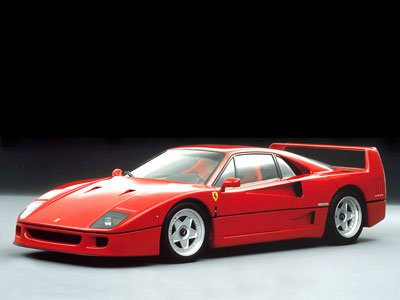 I was bugged by the marketing tagline Trivantis used as well. "Good luck telling the boss." Here's a review / response a posted to a site recently. This sums up my thoughts on Snap...

Snap is interesting. Even though I like the cool guys at Trivantis and I think they had a really nice tool (Lectora) for the time (almost ten years ago) I've often been disappointed that the tool didn't really change that much since the early versions. The problem isn't the concept of the tool, it's the elegance of execution and the final packaging. Trivantis isn't alone in this space, most other tools also offer goofy gimmicks and compiled outputs that make hardcore developers shudder.

Snap should have been built as a tool on its own merit, not as a cheap knock-off of the PPT conversion leader. I think if elegantly executed, Snap could have been a great alternative. I tried the demo, expecting to see a tool that truly compares to Articulate. On the surface it does. Make a powerpoint, sync that powerpoint with audio, export the powerpoint. But what's missing is an elegance in execution and an elegance in the output. These might satisfy the casual rapid eLearning developer, those that don't really care about elegance of execution, or those that can't see the difference, but I think the rest will likely give it a pass.

We're comparing an SUV to a scooter. Of course the scooter is cheaper. Both are transportation and that's the equivalent comparison here. Here's where they don't compare:

- Snap outputs to a single swf file. This is a definite advantage in some cases but if you are publishing a very large presentation (which, admittedly, is potentially a bad idea) you're going to quickly run into a bloat and hang. I'm not sure what this limit is with Snap, but having used Flash for well over a decade, I can say it's likely not far above the example I published.

- Snap is missing the client side search feature. While I don't leverage this much myself, I think it's a dynamite capability.

- Snap locks the user into a limited selection of interface shells. Articulate enables experienced developers to customize each element.

- Authoring interface. It looks like Snap was trying REALLY hard to be just like Articulate. But they didn't pull that off. There are some neat features to the quiz builder, but it's limiting. I'm no Articulate fanboy, there are problems with that tool as well but they've had some time to perfect their pattern. It bugs me that Snap tried so hard to compare with Articulate, falls short (in my opinion) and compares itself to Articulate using cost as the value comparison. Functionally they aren't the same tools.

- Community support. This is where much of the value you see with Articulate comes in. It's free, so I suppose you could take advantage of Articulate's community and use Snap. But this community, the fanatical support of the Articulate staff and the brilliance of their development teams are what sets Articulate apart from Trivantis.

- It's 100% Flash out the gate. While I personally don't have a problem with this, trends indicate that packaged Flash is on a downslope in part based on Apple's insistence on not including it on their mobile platforms. While Articulate also doesn't yet publish to alternatives, they have demonstrated their next releases and they do. This is one more feature that puts Snap in the too little, too late category.

I'll give it some more time and try it again. I'll also attempt some user tests with casual developers. It may be that I'm not impressed with the tool because it wasn't made for me.

For the record, there are several alternatives already available on the market. Coral-Presenter, iSpring, and a few others that I can't recall.

These all suffer from the same knock-off syndrome but offer some interesting features. I like the idea of competition, I only hope that the less seasoned in the organization don't buy the "just like Articulate line for 1/10th the cost" line. SUV vs. Scooter.

I have a copy of Articulate I use through work, and have been saving up to buy my own copy for when/if I stop working here and want to be able to make courses as a consultant.

I was excited by the 99$ price point, so I decided to download the trial-version of SNAP just to see what it was like, if it would be a supplement or temporary replacement for articulate untill I had 900$ to spend.

Its literally a not-as-good clone of articulate. They didn't even try to pretend it wasn't. Except it has zero customizability in quizes. I always hate when I see a quiz that looks like it was made "out-of-the-box" from a rapid e-learning software (without any customization) and LOVE LOVE LOVE how creative and almost limitless possibilities there are for making different quiz types and customizing the layout.

And the community is empty. Maybe they will build one eventually, but articulate has existed so much longer and has an AMAZING community that I have not seen ANYTHING compete with. Even though the customer base is probably lower than something like "adobe captivate" the community and resources available here are worth their weight in gold. The number of free assets, design ideas, and tutorials I have recieved here, as well as the support in the forums, is worth WAY MORE than 900$

You know that you have something good going when a competitor feels they HAVE to reference you in order to make their point.  Go Articulate

Ha!  I've been a little behind I guess.  Just got my smear email today, first I'd heard about it.  Not very impressive, from the sounds of it.

Am I allowed to start the fightback?

Moderators - please delete if this will get me, you, or anyone else into trouble 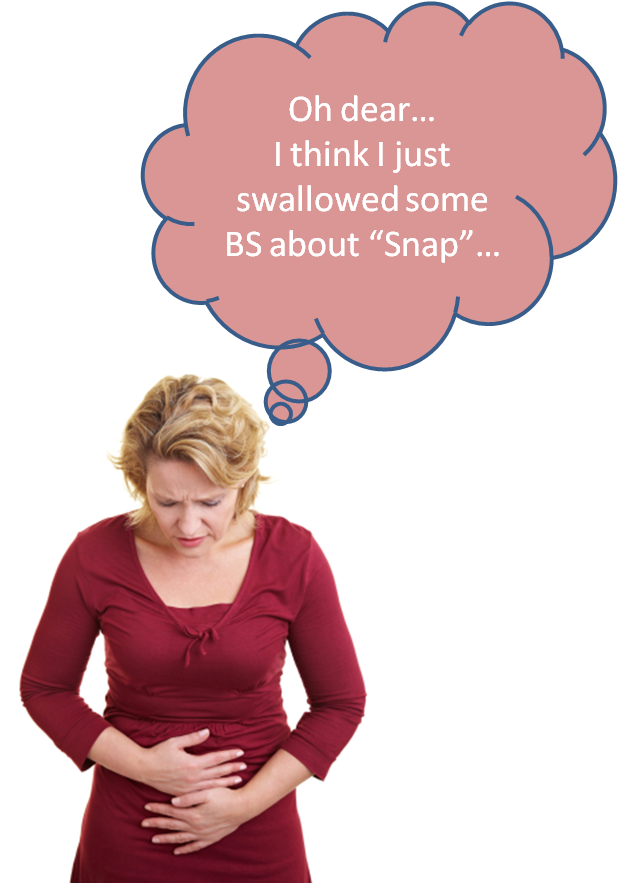 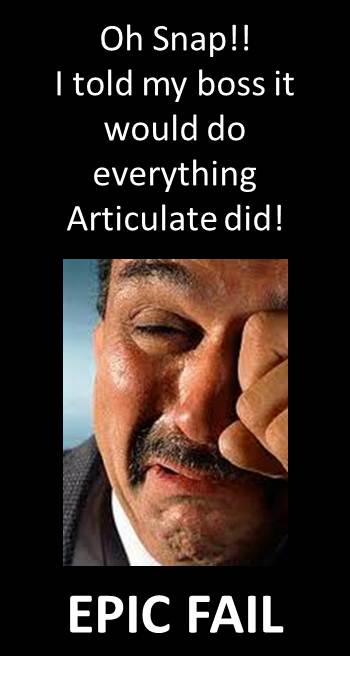 I don't know how many forums you guys all belong to but a lot of the ones that I belong to are flush with people complaining about the software or product for the company who runs the forum. It's refreshing to work for a company where our community spends most of their time bashing competitor's products.

On a serious note - do you have any type of "formal" competitive .pdf or document to counter Snap?

I know the feeling here is that it rubbish , but how is Articulate replying to the marketplace? Is there any sort of rebuttal statement available?

We cannot just say "Oh we pay more for it because it is a really great community...", after all, anyone can come here and use the community whether they own Articulate Suite, or Snap Crapple and Plop.

I'll let Gabe reply since I'm not in Sales.

TBH, I wouldn't make a rebuttal artifact. The best products speak for themselves and it certainly won't dissuade those who only have $100 burning a hole in their pocket anyway. These products are not in the same class, even if they share functionality.

Whilst I appreciate that position, sales is sales. A simple "Comparison Grid" would be enough, but if someone is putting out stuff like this, then "ethical aggression", (copyright Keith Day...) is a good technique. We know they are not the same, but sometimes a company needs to/should (?) react.

On a serious note - do you have any type of "formal" competitive .pdf or document to counter Snap?

I know the feeling here is that it rubbish , but how is Articulate replying to the marketplace? Is there any sort of rebuttal statement available?

We cannot just say "Oh we pay more for it because it is a really great community...", after all, anyone can come here and use the community whether they own Articulate Suite, or Snap Crapple and Plop.

Your Articulate sales rep or authorized reseller can provide you that information. If you’re not sure who that is, please private message me and I can provide you with contact info.

As I said in another thread, I think this covers it all:

By the way, Snap! stopped showing their forum user numbers a few days ago.

Agree with everything here! Just saw an ad for it today (I need to find a way to get in the loop about these things a tad earlier - any suggestions?)

Anyway, I was seriously curious about Snap, and so what else to do besides come to the trusty e-learning heroes community to find out if any discussions had already occurred?

And it did not disappoint. Debate (if there ever was one) solved. I totally agree with the sales counter but I think Snap is pretty aware that the response is truly more along the lines of Brian's "marketing" plot

I'll probably DL a trial just to say I did, but I'm glad I know what to expect and understand some of the more technical differences in relation to Articulate. I'm also happy there's competition to help advance the industry but the awesome thing is Articulate doesn't need competition as a reason to keep getting better. It just needs all of us here who are passionate about doing our jobs better and making a difference!

I tried Snap. For the price it ain't bad, but the final product doesn't compare at all in terms of quality. Another good example of "Pay for what you get."