To add a slide number to the current slide, go to the Insert tab on the Storyline ribbon and click the top half of the Slide Number button. (If you didn’t select a text box, click the slide where you want your slide number to appear.) That’s it! 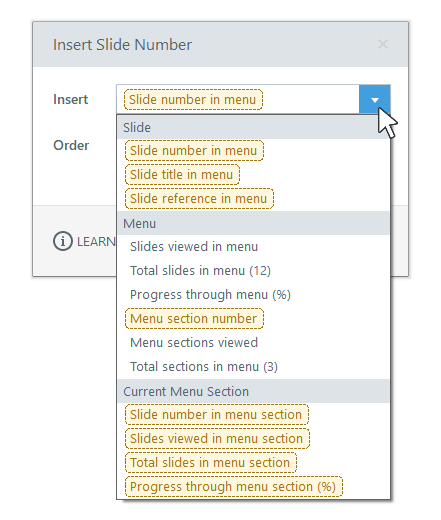 Since slide numbers are variables, you can also insert them like any other variable reference in Storyline. Go to the Insert tab on the ribbon and click Reference. When the References window opens, click the Built-In tab to see all the built-in variables, then select the one you want. 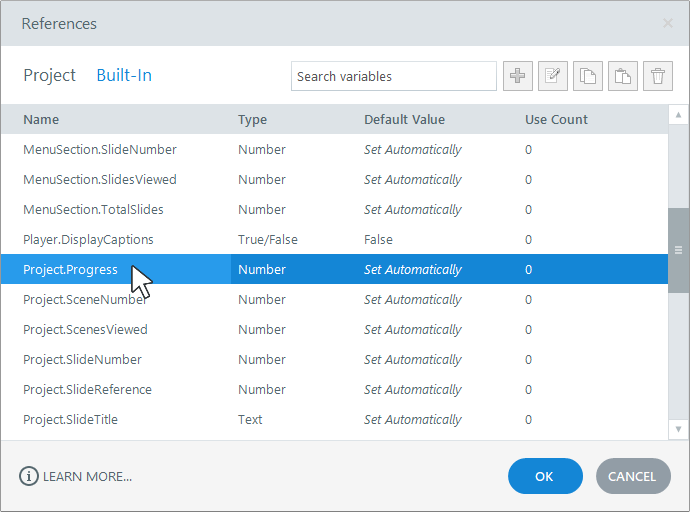 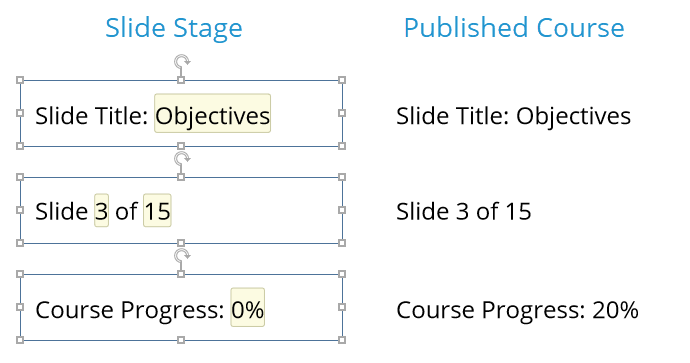 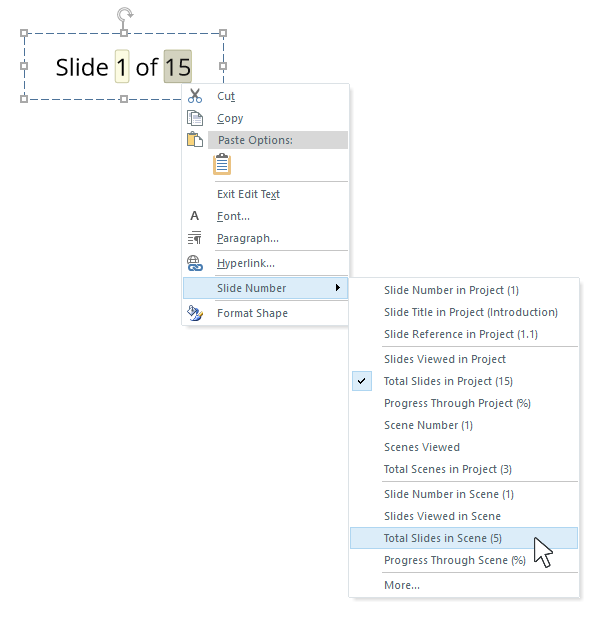 In Slide View, go to the Insert tab on the Storyline ribbon, click the Slide Number drop-down arrow and choose Exclude Slides. When the Exclude Slides window opens, uncheck the slides and scenes you don’t want to count, then click OK. (All slides are checked by default.) 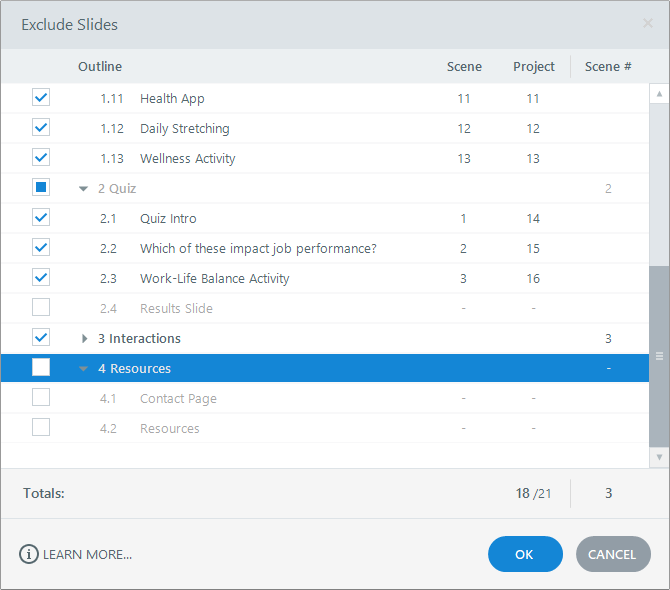 Slide numbers are an HTML5-only feature. In Flash output, they appear as zeros—for example, slide 0 of 0. In the Articulate Mobile Player app, variable names display in place of slide numbers—for example, menuSlideNumber.

The modern player publishes HTML5-only output that works beautifully in all major browsers, so your slide numbers will always appear as expected.

If you use the classic player, we recommend publishing HTML5-first or HTML5-only output to give learners the best experience. 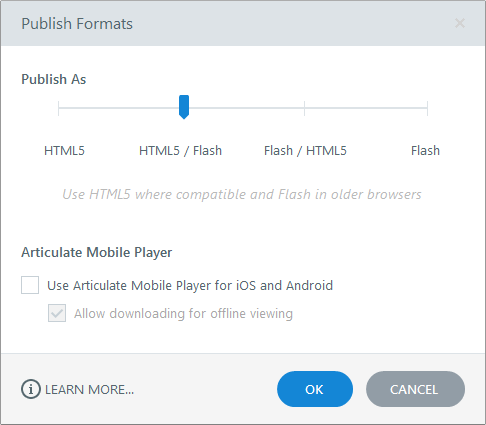