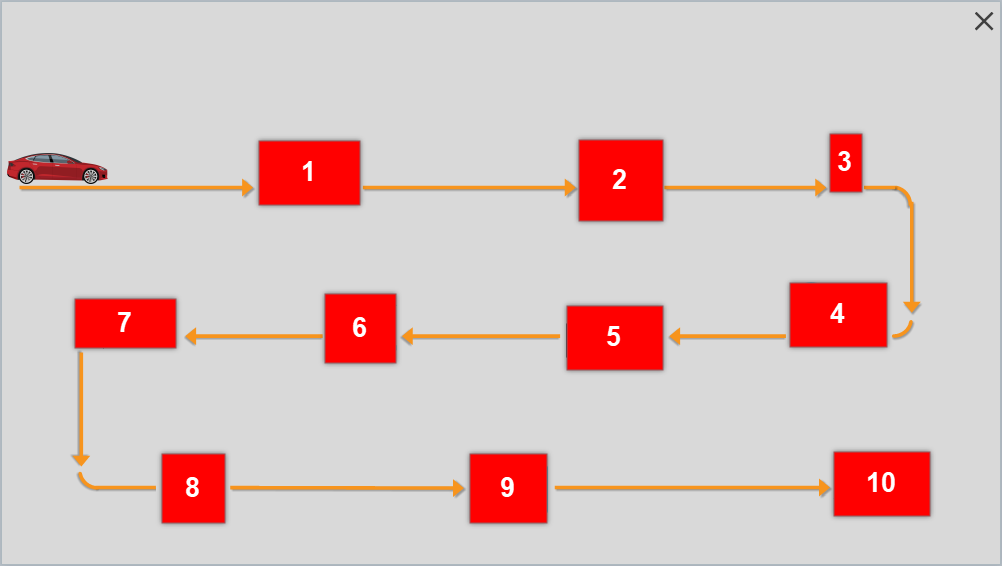 You can if you want to expend that much effort.

Start by placing all the targets equal distances apart (or your workload will be 10 times more). Create six motion paths with relative starts:

Create a layer for each of the ten images.  The layer will hold triggers, and keep you from having to write a zillion conditions on the triggers.

You need a variable to keep track of where the car is. When you click a destination, show the layer for that destination.

Example using the motion paths as I numbered them. Wherever the car is, you want to move it to 10.  10 is clicked. Layer 10 is shown.  Triggers are;'

If you keep the triggers in this order, when you show the layer, it will run through the triggers until it finds the car, and will move it. You cannot take a shortcut and leave out the conditions, because every trigger is examined without regard to any other trigger, and if it doesn't have a condition, will be executed.

The most important thing is to be very careful setting the spacing, so one motion path will move between every set of images.

Hello Walt - I am sooo sorry I went MIA. It's been a crazy month at the office. I just wanted to reply as soon as I can... I will try your suggestion ASAP. Thank you so much for spending the time to write. I will report back my outcome soon. Thx again.