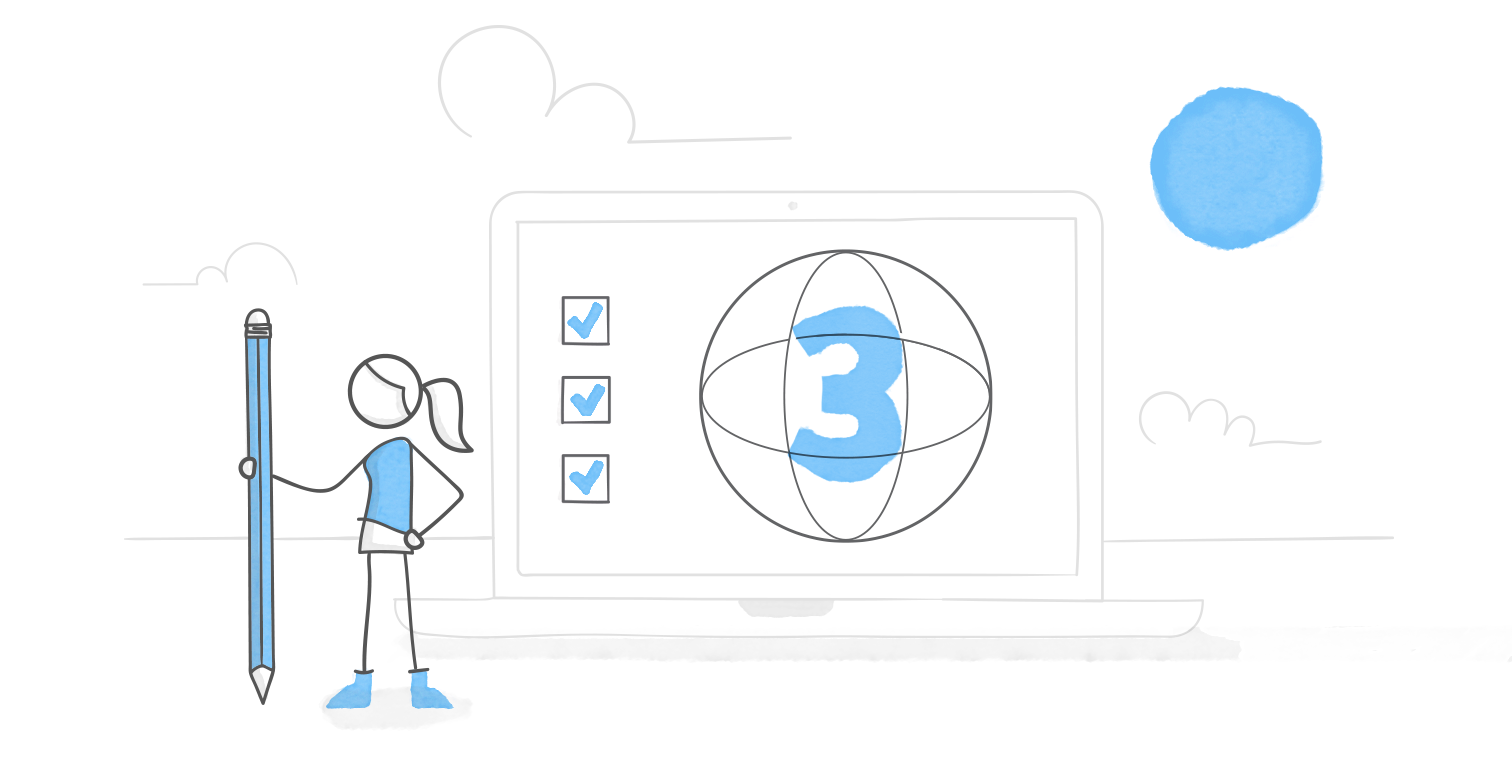 If you’re like me, you’re psyched about the 360° images feature in Storyline 360 and can’t wait to try it out! You’ve probably found the article on how to find and create 360° images and are ready to start using them in your next Storyline 360 project. But before you begin, there are some things you should think through. Like, when does it make sense to use 360° images in your courses? Also, should you let learners navigate freely or would it be better to guide them through your 360° image?

Thinking through these questions before developing your course will help ensure your 360° images support your learning objectives. After all, you don’t want to use them just for the sake of it! Doing that could confuse your learners or, worse, distract them from the information you want them to learn.

In this article, we’ll talk about how to use 360° images intentionally in your e-learning and give you some tips on how to plan for them before you actually dive into course development.

Whenever you’re deciding how to present e-learning content, it’s important to keep your learning objectives in mind. And when it comes to 360° images, it’s no different. For example, maybe you’re creating an onboarding course and you want to teach learners the office layout before their first day. In this case, a virtual office tour using 360° images is perfect! But if your objective is to teach something like basic negotiation skills, adding a 360° image might take away from the core content instead of adding value.

Here are some questions to help you decide if it makes sense to use a 360° image in your next project:

The answers to these questions will help you decide the best way to present your content—whether it’s with a 360° image or something else entirely!

2. Think Through the Basics

Once you’ve decided that an immersive 360° interaction is the solution, it’s time to plan it out. Here are some questions you’ll want to consider:

Answering these questions will help you start to picture the end result and think about what you need to get there.

When planning your immersive experience, one of the most important decisions is whether to let learners navigate freely or guide them through in a specific order. To decide which navigation style makes the most sense for your project, ask yourself the following questions.

Once you’ve made a navigation decision, be sure to explain to learners how it works. Remember: this might be the first time your learners are seeing a 360° image, so it’s important to help them understand how to interact with it. You might also want to include transitional phrases like “up next” and “in this lesson” to help learners understand they’re entering or exiting a 360° interaction.

The 360° image feature is a great way to create immersive, custom interactivity. The tips in this article will help you create 360° experiences that are as impactful as they are interactive!

Excited about using 360° images in your next course but not sure how to create them in Storyline 360? Check out the links below.

And if you’re looking for inspiration, be sure to check out all the awesome examples created by members of the community in this E-Learning Challenge: 36 Interactive 360° Image Examples in E-Learning

Want to try building a 360° interaction, but don’t have Storyline 360? Start a free 30-day trial of Articulate 360 and come back to E-Learning Heroes regularly for more helpful advice on everything related to e-learning. If you have any questions, please share them in the comments.

Those are all excellent considerations, Alex. Like you, I'm psyched about using and recommending this hot new feature. I especially agree with your point about identifying the instructional value of 360° images. It's not always easy balancing excitement with intentionality. Thanks for the good reminders.

Thank you for the feedback Montse! It's great to hear that the article is resonating with you.
Sign In to Comment
This site uses cookies. By continuing to browse the site you consent to the use of cookies. Learn more here