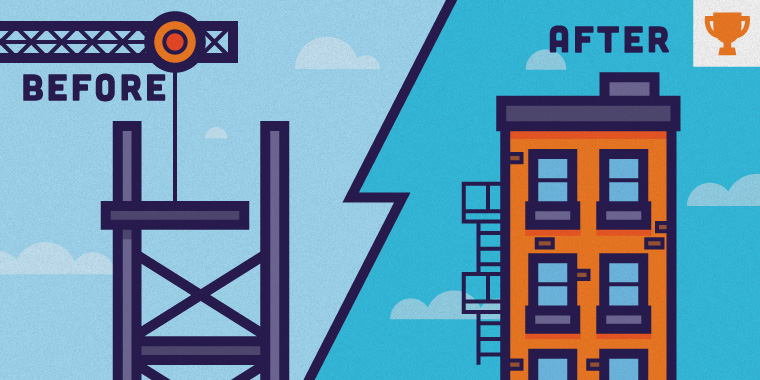 Before and After Visual Comparisons #100: Challenge | Recap

How do you show a contrast of two images without overloading your slide with text? Similarly, how do you present before and after concepts in e-learning?

In this week’s challenge, you’ll create an interaction to showcase the visual differences between two images. This type of effect is often used in journalism to show changes to historical landmarks, cities, geography, real estate, fashion models, aging killers, and art restoration.

Course designers can also use interactive comparisons in their courses. One way is with cutaway graphics. Cutaways are commonly used in anatomy, architecture, and electrical diagrams. ​With interactive cutaways, your learners can go inside an object to view internal parts, elements, and features. 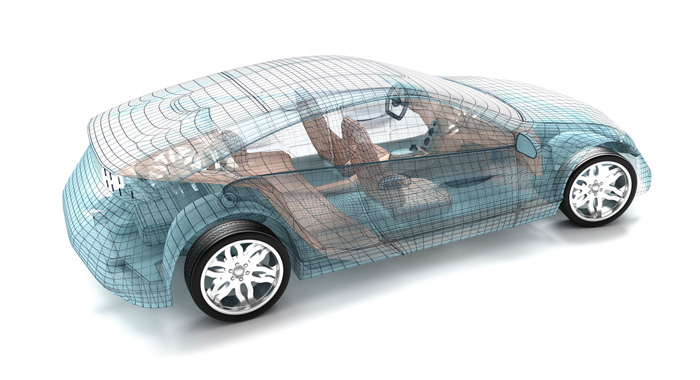 Let’s look at some other ways course designers can use interactive comparisons.

Before and After: The Berlin Wall

If you’ve followed Michael Hinze’s work, you know how passionate he is about sliders. I really like what he did in this before-and after example of the Berlin Wall.

While this type of effect is usually created with Flash, JavaScript, or JQuery, Michael demonstrates how to achieve the overall effect using Articulate Storyline. 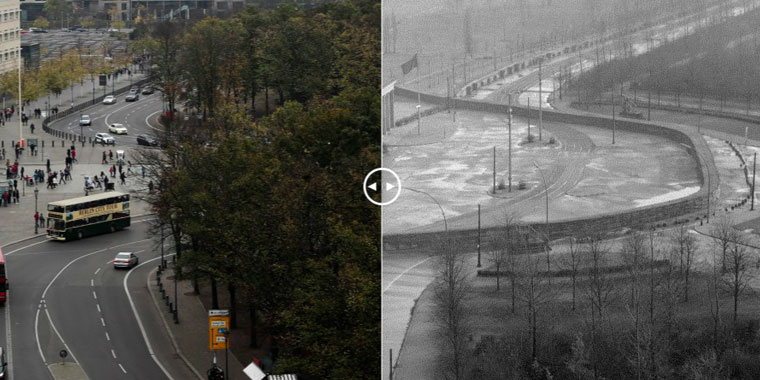 Then and Now: The Arizona Biltmore

Another idea for comparing two images is to fade one image into another. In this example, Montse uses Storyline’s built-in slider and custom states to change the transparency of the top image which creates a subtle blending effect.

OK, this is one of my favorite slider examples that also works for this week’s challenge. Using the Wayback Machine to retrieve older versions of Articulate’s website, Joanna lets learners explore the design changes to Articulate.com. 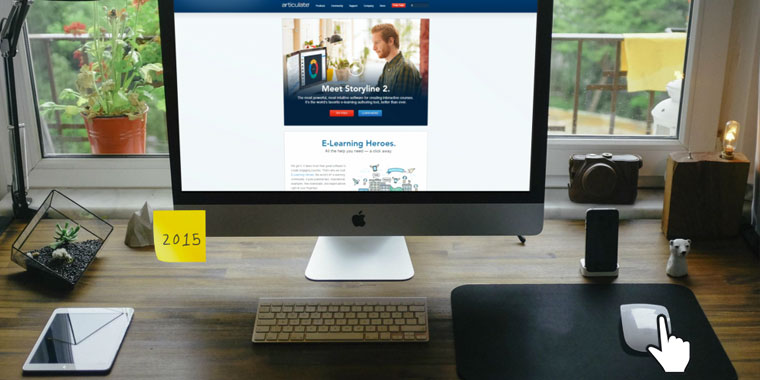 Challenge of the Week

This week, your challenge is to create an interaction to visually compare two images.

You can use any technique you like to compare images. As much as we’d like to see real-world examples, this week’s challenge is more about the interactive ways course designers can create interactive comparisons. Show us anything you like!

Before you get started comparing and contrasting images, take some time to check out the creative ways course designers use branching scenarios in e-learning: 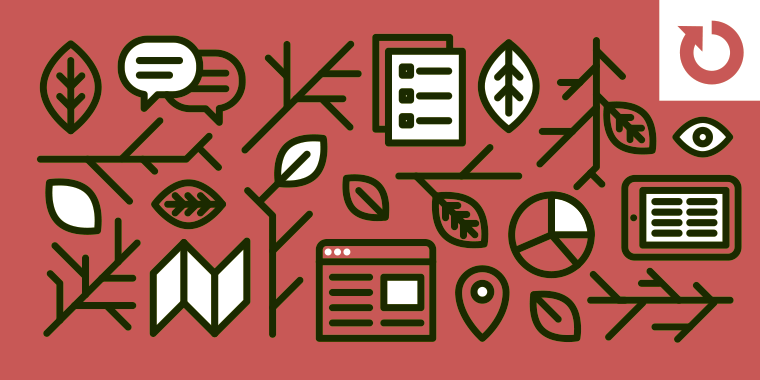 New to the E-Learning Challenges?

The weekly challenges are ongoing opportunities to learn, share, and build your e-learning portfolios. You can jump into any or all of the previous challenges anytime you want. I’ll update the recap posts to include your demos.

Challenge 100 seemed like a good number to jump in at. Here's a take on a before and after series. http://stephanieharnett.ca/sl/weeklychallenge/100/story.html

Love this Stephanie - really great use of sliders and very effective design.

Thanks Diane and Ashi! Was fun to do. Took some inspiration from a photograph that was treated this way.

Welcome Stephanie, this a beautiful design and slider application. It felt like a story and I either wanted a "flatline" sound at the end or a happy reminder of our strength as human beings.

This is awesome, Stephanie. I like the idea very much!

Wow. What a powerful story it tells.

Happy 100 challenges! Here's a comparison of what's inside and outside the human mind! http://www.montereymotiongraphics.com/challenge/compare/

Hahaha. I love this!

Here's a very simple and fun one on the 'before and after' theme while I'm putting together something more involved! http://bit.ly/1O55EvL

Challenge #100 seemed like a good time for me to jump in and start participating in challenges. I used a toggle switch to switch the images after seeing the inspiration from challenge #97. I had the object stay the same (for the most part), but showed the difference between different technologies. Demo: http://allisongoldthorpe.com/wp-content/uploads/articulate_uploads/Pluto/story.html Blog post: http://allisongoldthorpe.com/?p=4

Welcome Allison! This is a great first sample knocking two challenges at once!

I like how this one turned out. Haven't played with sliders much yet. However, it seems that sliders in the lightbox get a little messed up. Let me know if anyone knows a fix for that ;) It turned out pretty nice regardless. https://dl.dropboxusercontent.com/u/71090010/Sea%20Level%20-%20Storyline%20output/story.html

Nice use of the slider, It's quiet confronting to see the sea rise though!

Such inspiring examples pushed me to do one more: http://s3.amazonaws.com/tempshare-stage.storyline.articulate.com/stp1a0bva1226n5usv1ph5qimt254/story.html

Really cool Ashi! I like the finishing touch when you press submit. Reminds me I still need to buy a new pair of computer glasses :^)

Glad to be of some help :D

Ha! That was fun!

Dust to dust and Ashi to ASHOME AGAIN! Sign me up for President of the Ashi fanclub! Although, I would be very concerned if I saw an attractive gal walking around with balloons in a desolated interstate... just saying ; )

This really illustrates the interdependence of each system on the others to function as a complete unit. Very well done.

Very cool sample Gerard! I love your design and animation sequences. On a separate note, it clearly illustrates how I feel about Windows 10: A pig in make up LOL

I love looking at everyone's challenge submissions - the creativity between everyone is great! I love it!

Hello all! I might be off base with my entry, but I went about it in a different way. As soon as I read interactive comparison of two images, I immediately thought of my times playing with Highlights Magazine as a kid. So I decided to have you find the differences yourself. Let me know what you think! (Photos courtesy of Google image search) http://www.googledrive.com/host/0Bxawj2MldS61LV9Qc2JtLUpaTVE P.S. I was also inspired by some of the remodel posts already.

I was thinking of this also! Love how you incorporated it :)

Thank you very much Christina.

I really like the effect you did here, Kevin! Great job!

This is really neat - great effect. And the blog post is very helpful! :)

Hey heroes, Here's my submission of the week, hope you people like it. https://www.googledrive.com/host/0B84hzE4jPs3FTFFxU0FmRWRIUm8

Hi guys, It's been fairly quiet at work today so I rose to the challenge: http://setup.proofing.brayleinolearning.co.uk/now&then/story.html Turn your speakers up! Thanks Phil

This is awesome Phil! I half-expected to see the TARDIS peeking out in the background of the before photo.

Haha, that would have been a really good idea actually! Thanks Allison

This is really cool Phil!

Very cool Phil. Awesome work. How did you get this effect? Did you use states? If so, did you have to import a separate picture for every phase of the transition, or were you able to accomplish it in Storyline? Did you have to blend the pictures in another program (e.g. photoshop or Gimp)?

Hi Richard, Thanks for the feedback. My method of creating the smooth transition was via the use of 100 different states on a single image. On each state I adjusted the transparency of the image by 1%, from 0% to 100%. That way I didn't need to import 100 instances of the faded image which I can imagine would have effected the performance of the program drastically. I then created 100 triggers on the slider to call up each state depending on the position. Very time consuming but I wanted to create the smoothest transition possible with only using 2 images. I am writing up an accompanying blog as we speak which I will post once it's live.

I have made this blog for those of you interested in how I made it: http://brayleinolearning.co.uk/blog/2015/october/13/e-learning-heroes-challenge-100/

Here's some "before and after"magic from me (Flash installed recommended to view the animation properly): http://bit.ly/1FI944w Edit: here's a blog post on how I created my project: http://bit.ly/1K9e7qb

That's great! I love the concept and the animations.

Now this is what I call "MAGIC" :D Super awesomatic!

Loving the whole look and feel Joanna! Fantastic use of animations and flash elements(are they exported to videos, or are you using the .swf files).

The JK express is HERE! Amazing creativity Joanna, always love your concepts. AND can I please have two Unicormatic2015s ordered?

Alex, you always make me smile. Thanks :) 2 magic machines are on their way to you.

Here's my final entry for this week. I'd forgotten how manic this forum gets the day before the challenge gets recapped by David! Some really amazing entries here. Blog post coming soon. Here's the link to my entry: http://bit.ly/1jyHs80

Whoops! I lied - I did another entry, but forgot to post it... This one's for anyone interested in image editing using PowerPoint or Pixlr: http://bit.ly/1QL7O16 And here's the link to the blog post: https://hopedianne.wordpress.com/portfolio/visual-comparisons/

http://tinyurl.com/ou3jojz Hello, everyone! Happy 100 challenges! I did something fun and not at all related to work. I also did more of an evolution/timeline project rather than a straight up comparison pic, using everyone's favorite princess saving plumber, Mario! I wanted to do a bit of a tribute to Mario, because the first game, Super Mario Brothers, came out 30 YEARS AGO! Holy dang. I had a blast making this example, and I hope you guys enjoy it!

I'll do a throwback Thursday and share my entry from last year's interactive slider challenge. My hubby is a pro photographer and I thought it would be cool to showcase his pre and post-processing results. Demo: https://dl.dropboxusercontent.com/u/62660712/ELChallenge52/story.html (check out first example) Blog entry: http://genahocson.com/2014/09/30/weekly-elearning-challenge-52-using-interactive-sliders-in-e-learning/

I went back and redid my original Before&After slider. I never really liked how my first attempt had turned out, so here is a version with an effect that (I think) is much closer to a Javascript/CSS-based slider: http://dev.keypointlearn.com/xcl73_SL2/Wall/V4/story.html

Nice work! We this accomplished with state changes? Any chance of doing a tutorial on this?

Inspired by David Sim's www.ibtimes.co.uk/berlin-wall-25th-anniversary I tried to replicate it using Storyline. Its possible, but needs a lot of work. So I only completed the first 3rd just to show that it can be done. Find below. http://physicstutor.co.za/images/stories/slider/story.html

Hi, this is my first submission to a challenge so be gentle! I unfortunately couldn't find two images of what I wanted from the same angle at different points in time (blame NASA) so they are two images of the same crater at different ranges/angles... I tried to concentrate on having a nice smooth transition from one image to the other so I have a slider position for every five percent from 0-100. http://s3.amazonaws.com/tempshare-stage.storyline.articulate.com/stp1a0hq8pq2sh41svs90srp71f8u4/story.html

Sooooo.... do we get to be mean when it's AWESOME? Haha jk ; ) Welcome Nicola, this is a beautiful transition and substantive model of your greatness as an ELH member!

Ha! Yes if it's motivated by jealousy :) Thanks and I'm glad you like it!

Wow, this is beautiful! Really smooth transition, too.

Nice... how many frames or layers did you use to make the transition so smooth?

Yes, please. I have been looking at this all day. :) I see in the neighborhood of 30 some stops, but did you use states or layers to make the transition so smooth? By the way, you are now on my list of "People I Want to Be Like."

Thanks everyone. Matthew and JD, I used states. There are 34 images. Hopefully, I'll have time tonight to blog my process.

I had forgotten about this example here (Thanks Linda for reminding me!): http://dev.keypointlearn.com/xcl73_SL2/Tesla/V2/story.html A short blog post is here: http://wp.me/p2BoUf-eV

Another great example. For the record, you are also on my list, like Linda L. I still haven't forgotten your help with my Magic 8-Ball interaction. Your willingness to lend a hand shall soon be legend if I have a say!

One of my favorite examples! Recap updated: https://community.articulate.com/articles/before-and-after-visual-comparisons#MichaelHinzeTesla
Sign In to Comment
This site uses cookies. By continuing to browse the site you consent to the use of cookies. Learn more here
REMINDER: Adobe is ending its support of Adobe Flash on December 31, 2020. Republish any Flash projects to HTML5 before December 31, 2020, so they continue to work. Learn more