Restart Audio from Beginning when Returning to Layer

Four different layers for a slide. Each layer has its own audio file.

I want all audio on all four layers to start from the beginning after having been visited, not begin where the learner left off.

You can set each layer's Slide Layer Properties to "Reset to initial state." 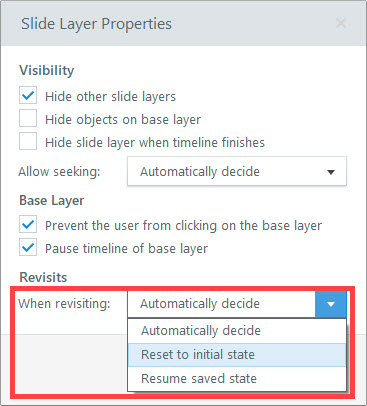 This is separate from the Slide Properties of the base. So, for example, you could have the base set to "Resume saved state" and some or all of the layers set to "Reset to initial state."