This week's challenge was to design an eLearning using a slide that was only 100 X 100.

The first thing I thought of when I saw the challenges was something tiny, like . . . tiny houses.

So I collected some pictures of the inside and outside of tiny houses from around the internet.  I also wanted a unique font and amazingly there was a font called "Tiny House" available on fontfreebies.net.

I then selected design in Storyline and changed the story size. 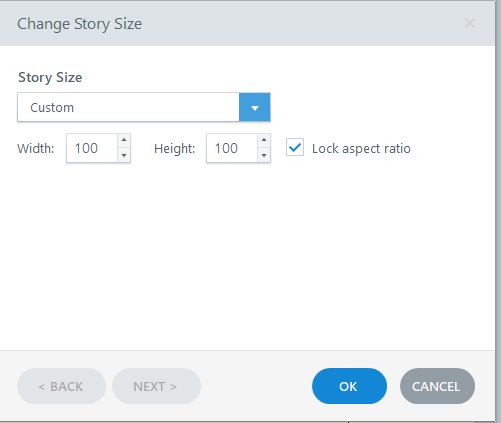 Initially I was going to do all of my descriptions using this "Tiny House" font, but in order to do that I would have to create all the text in PowerPoint and save it as pictures.  I found that the pictures didn't cleanly rescale at this size so that was not an option.  I settled for using the font on the opening slide only.

I ended up using a simple Open Sans text and was able to get it up to 6 pt if I placed only a few words on the screen.  This rescaled well in Storyline.

So I had my opening slide and I had my pictures but I didn't know how I was going to make it interesting.  Then I thought, I wonder if someone has written a poem about Tiny Houses and I found this:

Then I broke it up into little bites and matched my pictures as best as I could to the words of the poem.

Separating the text from the images

To help differentiate the text from the images and make the text legible, I changed the transparency of the pictures to 40%.  I changed the background color of the Slide Master to a color which complemented the cover photo by using the color picking tool.  I also filled the background of the text with a slightly darker color and lowered the transparency to 70%.  Each photo ended up being 99 px wide but they still seemed pretty clear.

I didn't want to overdo it on the animations so I limited it to transitions and some simple text animations.  I found the transitions were a little jerky at this level faded the text in and out which kept the text from jerking also.

Initially I had a separate slide for each phrase and photo, but after I had it all laid out, I was able to translate those slide to layers on the first slide.  This made the transitions a little cleaner.

Then I just had each layer call the next layer when the timeline ended on the layer.  This allowed me to adjust how long some slides stayed on the screen, to better capture the poetic effect.

I first thought I was going to read the poem aloud, but determined that was probably not necessary.  Instead I selected a piano piece from ZapSplat.com.  An advantage to using a single slide with layers is that I only had to call the audio file to play once.

Everything was coming together pretty well but I thought I need a call to action, so I provided a link to a website in the resources and called attention to it on the last slide.

It still didn't seem quite complete so I added a video layer and let it run after the final slide completed. 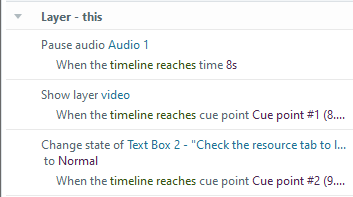 Ron, I love that you created a tiny e-learning project on tiny houses...so clever! 😆 Using transitions for a cleaner experience is a great idea. I love using the fade transition on slide layers that have images. It really does make it a smooth experience.