ELC 366 - How I built this 'Where are my glasses?' interaction

In eLearning Challenge #366 we were asked to experiment with blurred backgrounds.

The blurring effect was achieved with a PowerPoint preset, but the unblurring required a cut-out and a duplicate version of the scene (unblurred).

This slide is three layers.  The back layer is the unblurred room. 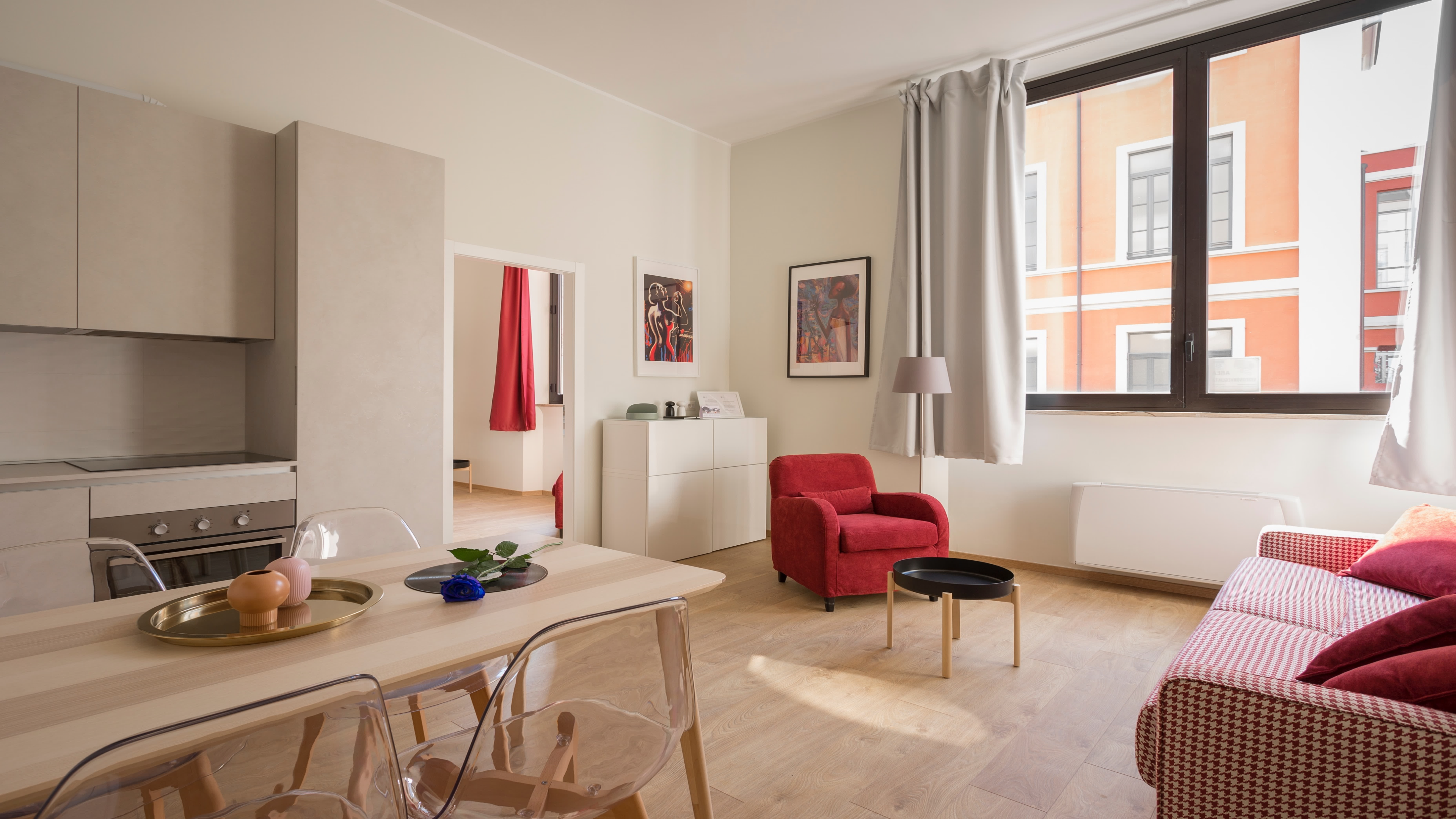 The middle layer is the blur with cutouts where the glasses will be. 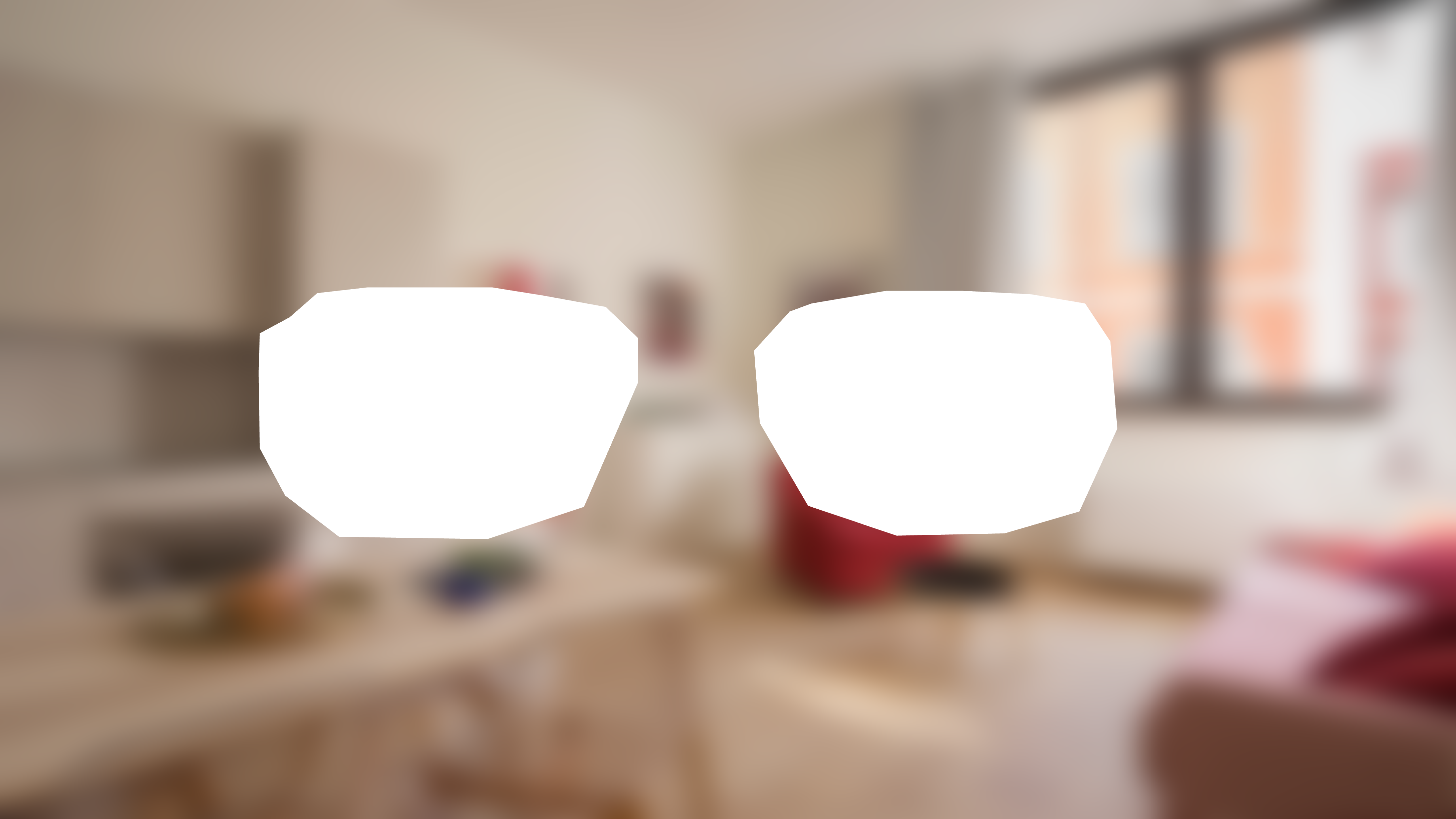 The top layer is the glasses.

Starting with the unblurred room, I duplicated the slide in PowerPoint.  Then on the first slide I applied the blur filter from the Picture Format menu. 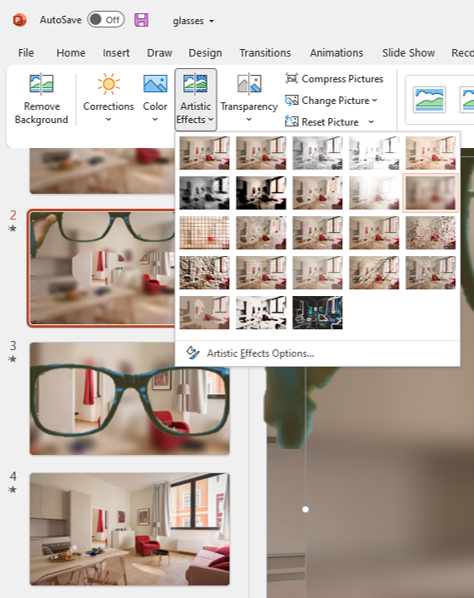 To create the clear vision effect, I cut out holes from the blurred image that matched the size of the lenses.

Then I moved the glasses to the back and selected these blue shapes and the blurred image.

Then on the Shape Format menu I selected Merge Shapes, Subtract.

With my four slides in place. I set the transitions for slides 2 - 4 to Morph.  Then exported my PowerPoint as a movie.

In Storyline I imported the video, then added some cue point to the timeline.

The slide triggers were pretty simple.  Play the video, then pause it when you reach the 1st cue point.  Wait for the user to do something.

What do we want the user to do?  Click the lost pair of glasses.

So, when the user clicks the glasses, the video continues to the end.  The other triggers just change the state of the text box.

I added TTS to each state so that you could hear our hero when the states change.

Finally, I didn't want the glasses to be the same place on the slide every time so, bring on the motion paths and the random numbers. 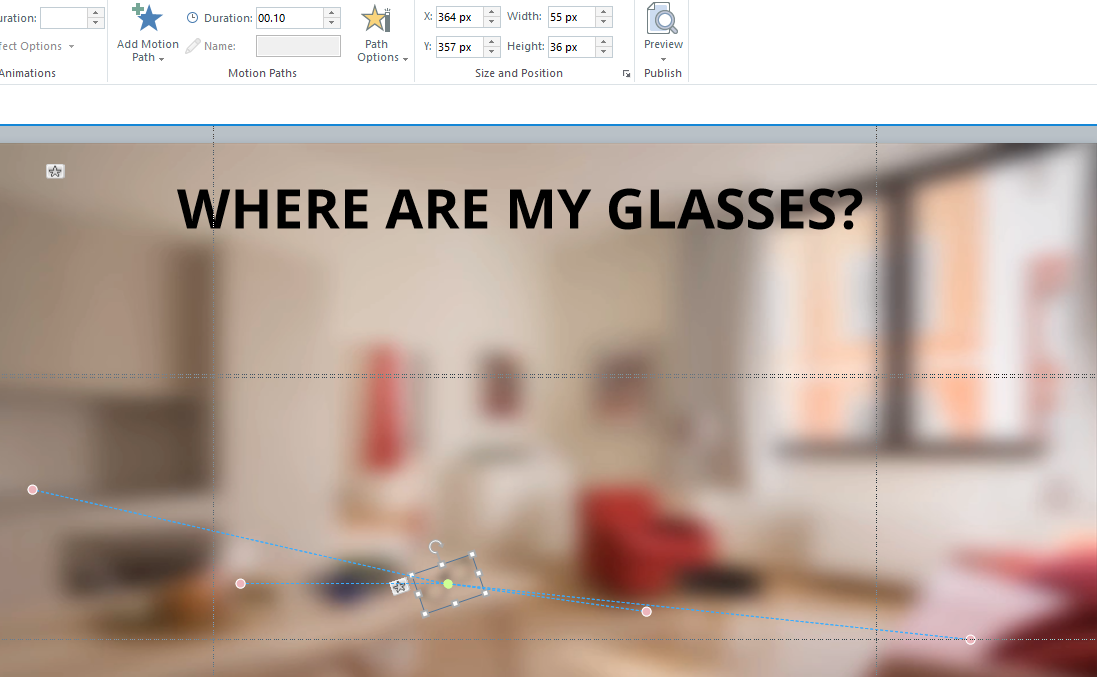 We create some motion paths with a very short duration (.10 is as low as you can go).  Then we just need to quickly visit a layer to trigger them based on some random number.  That is what the randomplacement layer is for. 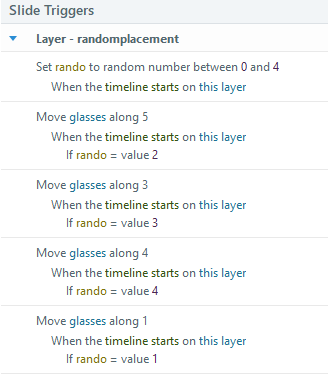 Hope you enjoyed my interaction and explanation.

Want to explore the Storyline file, it's attached. The PowerPoint too.

This is cool. Love it.

Notice of Legal Status and Confidential Information: This electronic mail message and any accompanying attachments may contain information that is privileged and CONFIDENTIAL. If you are not the intended recipient you are advised that any use, review, dissemination, distribution or reproduction of the information is strictly prohibited and may be unlawful. If you have received this document in error, please notify the sender immediately and destroy the message.

Great use of blurred images, Ron! I can totally relate! 🤓